LeBron James is arguably the greatest basketball player ever. He has become a consensus top 5 all-time player, and many believe it is disrespectful if you put anyone above him other than Michael Jordan. There is little he hasn't done on a basketball court.

At 38 years old, James is still the biggest spokesperson for the NBA and carries a massive voice. His voice only grew bigger when he decided to sign with the league's biggest brand -- the Los Angeles Lakers.

By signing with the Lakers, James has had massive financial success off and on the court. At the same time, it appears James handicapped his ability to play with several great teammates and compete for championships each season. 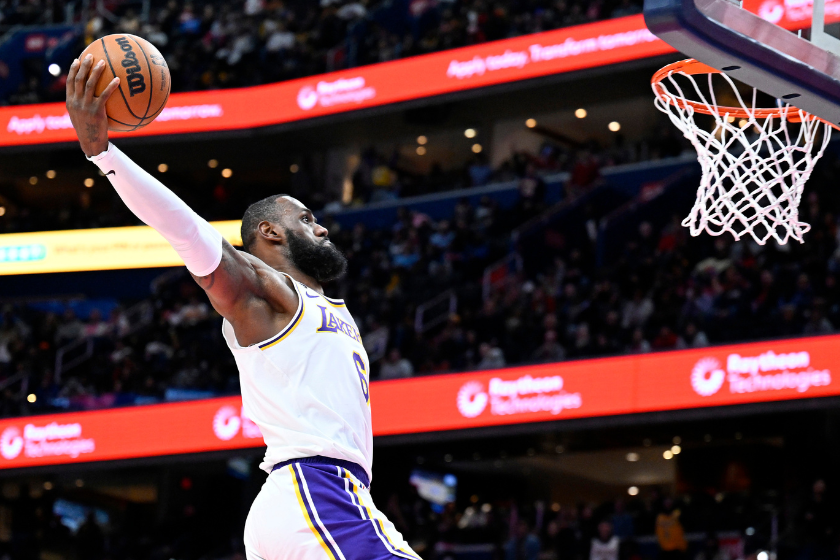 The Lakers have had problems with keeping co-star Anthony Davis healthy, and they haven't been winners since 2020, when the team lifted the trophy in Disney World. The Lakers missed the playoffs last season and are well on their way to doing so again, sitting at only 19-21 with the All-Star break around the corner.

Despite the ship sinking, James re-signed with the Lakers in the offseason and says he still wants to compete for championships.

"I want to still be able to compete for championships because I know what I can still bring to any ballclub with the right pieces," James said after the Lakers' loss to the Miami Heat last week. "Playing basketball at this level just to be playing basketball, it's not in my DNA."

While James surely wouldn't mind hoisting another championship trophy, his actions have not reflected his words as stated above.

First, if James had really needed to win more championships before retiring -- possibly putting him ahead of Jordan in the minds of more than just some people -- he should not have re-signed with Los Angeles.

The Lakers' experiment with Russell Westbrook has been a disaster. After the 2020-21 Lakers disappointed and were eliminated in the first round of the playoffs, Rob Pelinka and the appropriate powers decided the team needed a boost.

Giving out a haul of picks and players, the Lakers traded for Westbrook but seemed to deeply regret it. Westbrook had one of his most ineffective seasons in 2021-22, averaging only 18.5 points per game -- well below his career average of 22.5. Westbrook also had notable struggles from the 3-point arc, shooting only 27.5% while also seeing dips to his free throw percentage. And he had lowlights full of mind-boggling decisions that probably cost the Lakers wins.

Worse yet, Westbrook really failed to adapt much at all, and things became toxic within the organization quickly as several reports came out mentioning the tension among players and coaches.

So, with serious questions about the two other star players on the roster and a lot of noise, James didn't leave the organization and instead re-signed. The move may have been loyal but not the best for continuing to chase rings.

Though James may be inaccurate in his willingness to chase rings, he doesn't have a terrible reason to stay with the Lakers. 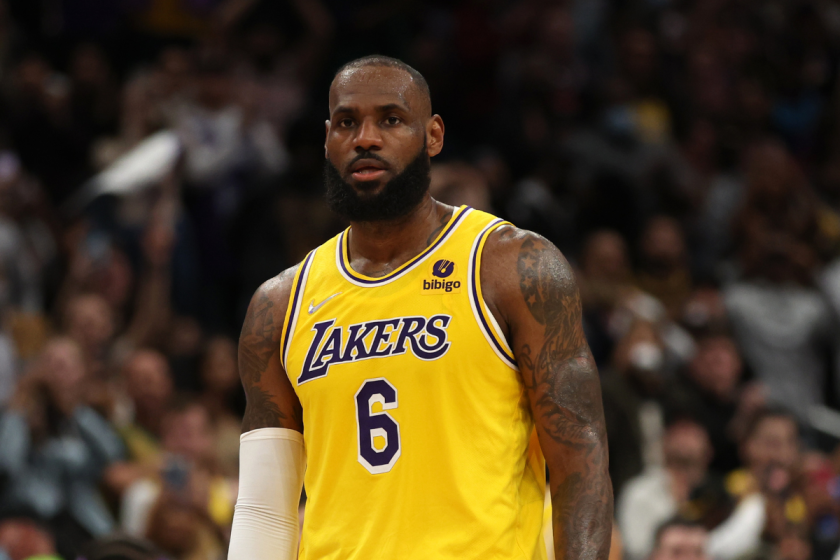 Financially, James is doing incredibly well. Earlier this year, James became a billionaire. The King has built a serious business profile, and being in Los Angeles has only helped him out. James owns multiple homes in LA and has been able to work on big projects in the area.

James participated in the filming of the newest "Space Jam" film while in Los Angeles, a film that drew millions in revenue. The Ohio native also grew more business ventures while in Los Angeles, such as joining Fenway Sports Group. Overall, James has been able to take advantage of the economy of California and grow his brand alongside the Lakers. Leaving to chase rings would sacrifice many of these advantages.

With other incentives aside, James has one big and special opportunity with the Lakers. He can work to pass Kareem Abdul-Jabbar as the NBA's all-time leading scorer, and he does seem very dedicated to that goal.

In fact, James has been on a scoring tear. He is currently averaging almost 29 points per game, grabbing over eight rebounds a night and dishing out almost seven assists. The efficiency hasn't dropped, either, as James is shooting 51.1% from the floor this season, above his career average of 50.5%.

In recent weeks, it is difficult to find James scoring under 30 points in a game. Since Dec. 11, James has only failed to score at least 30 in three of the 11 games he has played in that stretch. As of now, Abdul-Jabbar sits only 459 points ahead of James, and it seems that he will be passed before the end of this season barring any injury to the Lakers star.

As great as this achievement could be, James' position with the Lakers allows him to score even more. There is an expectation to lose at this point, and the Lakers have seriously struggled to even win half of their games. The pieces are not in place for a championship. Instead of leaving, James can stay and collect the scoring and statistical accolades that he wants so he can be viewed as high as he can in NBA lore.

Had James left the Lakers or put himself in a position to chase more championships prior to ever signing with the Los Angeles, there is a reasonable expectation that he wouldn't be able to score at this level. With a championship core of teammates, it is important for any leader to make sure the wealth is distributed and the best players are involved.

Looking back, LBJ's last two championship seasons (2020 and 2016) were also two of his lowest-scoring seasons. James only scored fewer points per game in his rookie year and the 2020-21 season, in which James only played 45 games and was likely out of rhythm.

Time is winding down on James' championship window. As the saying goes, father time is undefeated. There are only so many days left that James can be the best player or contributor on a championship roster. Though the King may say one thing to the media and others, it seems rather obvious that the main goal is no longer to win rings but to chase other pursuits. Perhaps it's the right move as well, but it doesn't make James' statements on the matter accurate.

MORE: The Bronny James Sweepstakes: How LeBron's Desire to Play With His Son Boosts His NBA Draft Stock