Good lighting can elevate any situation. You can transform any room from a dentist's office into a cozy cabin if you just turn the overhead lights off and turn some lamps on. Why are candlelit dinners such a pervasive cliche? Because candle light is awesome. The most basic looking building can transform into a castle if you light it in a dramatic way.

Sport understands this. There's a reason almost all major outdoor sporting events are held at night, under the lights. Because it looks freaking cool. (And also because television wants things to be at night because they can sell ads for more money during primetime and really what else is it all about?) When I was growing up, the demarcation line for going from little kids baseball to big kids baseball was getting the chance to play at night, under the lights. The tee ballers and minor leaguers played during the day; but when you hit 9 or 10 years old and joined one of the big league teams? Night games baby.

For indoor sports, certain arenas really lean into the theatricality of the event by keeping the crowd in the dark, while having the court lit more starkly. Madison Square Garden creates this effect, especially by having dark seats. Barclays Center goes for a similar vibe, except that by keeping everything black and white, they inadvertently allow the opposing team to be the only thing that pops off the court, which has never made sense to me.

This is all lighting in the service of creating atmosphere. It's not necessarily meant to be looked at, and it's not something you may even consciously notice, but the subtlety of good lighting can change your mood and change the stakes without you even realizing how or why.

The Beam Team Chases a Dream 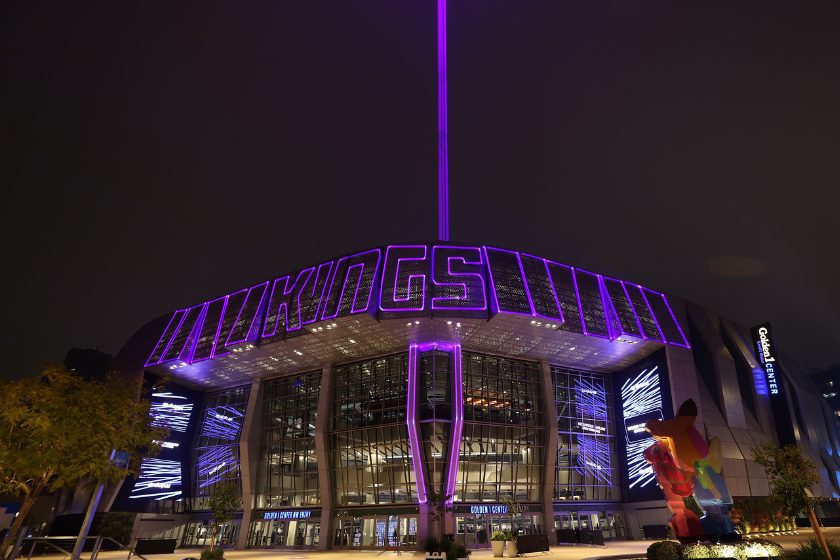 The Sacramento Kings, though? They see that subtlety and artfulness and say, hold my beer.

In case you missed it, earlier this season the Sacramento Kings debuted the Victory Beam. Every time the Kings win, they shoot a big purple beam from on top of the arena, straight up into the sky. Just a giant, purple, phallic beam of victory. Or a purple middle finger to all the Kings haters.

It's exactly the type of silly and ridiculous, made for social media idea that will either tank horribly and disappear within a week, or catch fire and become insanely popular. The Victory Beam went the latter route.

"The Beam" has been added to GoogleMaps as a 'Place of Worship', and has 99 5-star reviews already @SacramentoKings

Kings fans embraced it immediately. By early December, the beam was added to Google Maps as a place of worship. Soon, chants of "Light The Beam" began to ring out at Kings games when the team neared victory. "Just the best sound in basketball." For a dedicated fanbase that has been saddled with the most moribund franchise in the NBA for two decades, it really is. 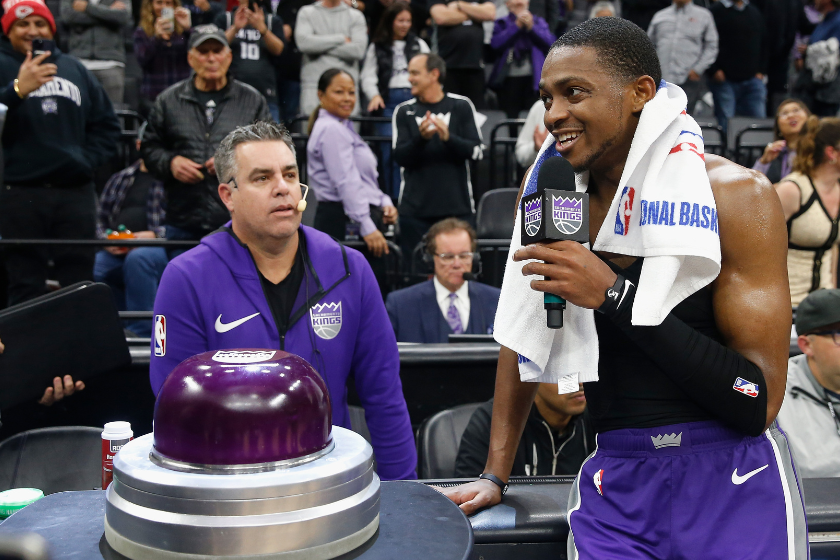 This whole Victory Beam gimmick would almost certainly not be entertaining or fun if the Kings were not good. But the Kings, for the first time in quite some time, are very good. They currently sit in third place in the Western Conference, in line for their first playoff appearance since 2006. Domantas Sabonis is averaging nearly 19 points per game, with over 12.5 rebounds and more than 7 assists per contest. He has become the fulcrum of their offense, freeing up De'Aaron Fox to get loose and pour in buckets, especially late in the 4th Quarter. Both could make the Western Conference All Star team next month.

The Nuggets and Grizzlies have created some distance in the Western Conference standings. But behind those two, the field is pretty open. Sacramento has the third best offensive rating in the NBA. Head Coach Mike Brown has earned a reputation as a defensive specialist over the years. While that is not borne out by their 24th in the league defensive rating, the hope in Cowtown may be that some of these defensive principles just take a bit to sink in, and the team can tighten the screws a bit in the second half. Frankly, the offense is so good, they might not need to improve their defense to reach the postseason. 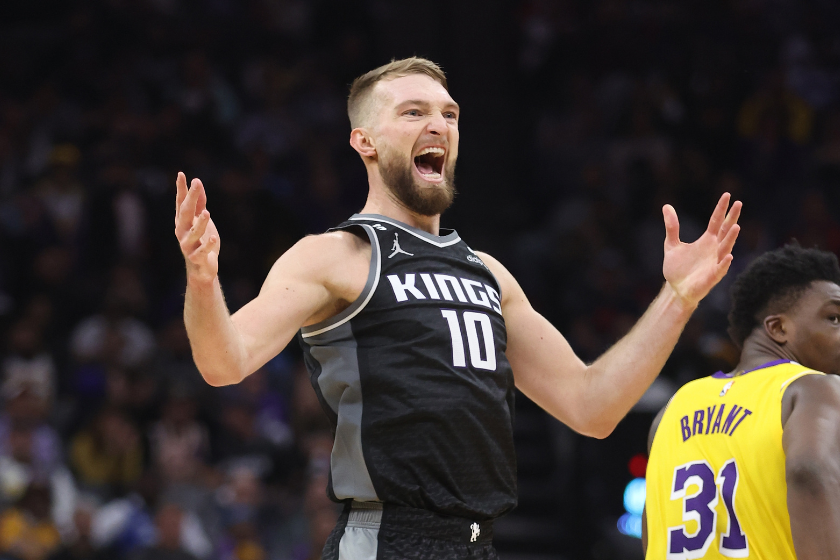 Right now, the team's play has fans more excited than they have been in years. Pair that with a silly gimmick of a big purple beam of light, and it's a fun time to be in Sacramento. People are standing outside the arena after the game, waiting for the big purple light to come on! Inside the arena, stars of the game are smashing a big button to light the beam after home victories. 50 Cent has even lit the beam!

Side note: turns out the Kings and 50 Cent signed a deal this summer making 50's liquor company the "official premium champagne partner" of Sacramento. Long way from Vitamin Water, but somehow, way more on brand?

#BeamTeam mania has even taken over at a few road games.

That's a whole bunch of Kings fans chanting "Light The Beam" at a Lakers game, a sentence no one thought they'd ever read.

Sacramento does not have the most talented roster. But they've got great chemistry, they play great in late and clutch situations, and most importantly, they've got the best vibes in the NBA. It's a fun combination. Hopefully, for Kings fans' sake, we'll see the northern California sky dotted with a solitary purple beam well into May.