"Like father, like son" rings as true in sports as it does in everyday life. The Mannings are the most prevalent example, of course. Then there's Vladimir Guerrero and Vlad Jr. in baseball. Basketball, too, has had several notable father-son combos that keep the family business alive.

There are the Currys, the Barrys and the Thompsons. However, it's time the Sabonises got some love.

Domantas Sabonis is a star on the Sacramento Kings. His father, Arvydas Sabonis, is one of the most underrated basketball players of all time. 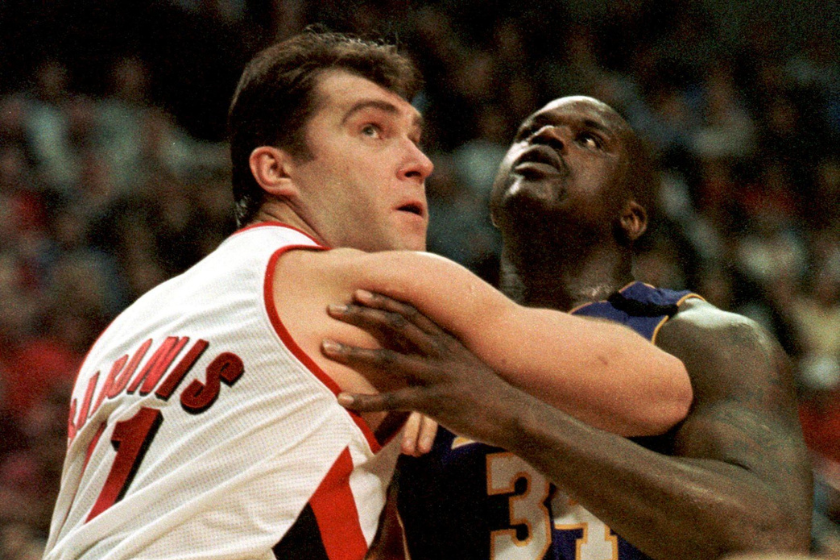 RELATED: Dennis Rodman's Son Coming Into His Own at Washington State

A Kaunas, Lithuania native, Arvydas first picked up a basketball when he was 13 and turned into a prodigy by the time he was 15. He quickly rose through Europe's professional ranks, starting his career with Zalgiris in his home country. His age, size and skill prompted many NBA scouts to take notice.

Sabonis' path to the NBA is as unique as anyone's. The Atlanta Hawks picked him in the fourth round of the 1985 NBA Draft, but the league voided the pick because he was under 21. The Portland Trail Blazers tried their chances on the big man in the next draft, but this time, the Soviet Union prevented Sabonis from playing in the NBA because they wanted to preserve his amateur status for the 1988 Summer Olympics in Seoul. We were still four years away from NBA players being able to participate in the global games, yet professional players from other leagues were allowed.

So, the Lithuanian hooper spent the late 1980s and early '90s playing for Real Madrid in Spain. The 7-foot-3, 292-pound center won about every individual award possible to go along with two Spanish Cup titles and a FIBA European League championship. Finally, in 1995, he made his NBA debut with the Blazers at the age of 30. In total, he played seven NBA seasons and averaged 12 points and 7.3 rebounds. He initially called it quits after the 2000-01 season, but after sitting out the next year, he returned for one more go at it for the 2002-03 campaign. He officially retired at the end of that season.

Arvdyas' career is noteworthy for his incredible accomplishments, and he was deservedly inducted into the Basketball Hall of Fame in 2011. However, the biggest question surrounding his career is how it would've turned out had he played in the NBA during his prime. I say he would've been right up there with the greatest centers of that era like Hakeem Olajuwon, Patrick Ewing and Shaquille O'Neal. I guess we'll never know.

We do know that the Hall of Famer's hoop skills were passed along to his son Domantis, who's enjoying a solid NBA career himself. 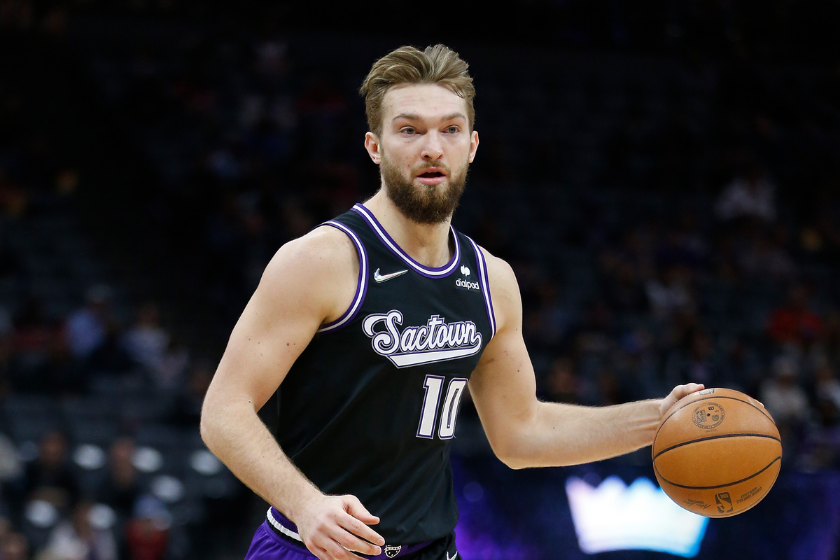 Domantas, or Domas for short, was born in Portland while his father was playing for the Trail Blazers, and like his dad, he made his professional basketball debut as a teenager. The young Sabonis made waves playing in Spain for a few years before moving back to the Pacific Northwest to play college basketball for the Gonzaga Bulldogs.

Domas played two seasons for Mark Few and established himself as a top NBA Draft prospect in 2016. He was selected 11th overall by the Orlando Magic that year, but was traded to the Oklahoma City Thunder on draft night. He played one year with the Thunder before he was part of the trade package that brought then Indiana Pacers star Paul George to OKC.

Luckily for Sabonis, his NBA career would take off with the Pacers. He started to establish himself as one of the best frontcourt players in the league, and by the 2019-20 season, his third in Indianapolis, he made the NBA All-Star team. He would repeat his All-Star status in 2021, too.

However, in an effort to rebuild and move the franchise in a different direction, the Pacers traded the two-time All-Star to the Sacramento Kings in February 2022. He's been a double-double machine so far on his new team.

The Kings have been stuck in neutral since the early 2000s when they were perennial contenders in the Western Conference. The move to acquire Sabonis comes after Monte McNair took over as General Manager after Vlade Divac drafted big man after big man, looking to recreate some kind of monstrously tall dynasty.

That draft strategy resulted in the Kings trading franchise face DeMarcus Cousins for a top draft pick in 2017 and then passing up the chance to draft Luka Doncic but instead taking Duke star Marvin Bagley. Bagley would never materialize in the NBA and Doncic is one of the league's brightest stars. Divac's days were numbered after that. However, With De'Aaron Fox and Sabonis working as a perfect pick and roll combo, Sacramento is hoping he can turn the tide and shake things up at the Golden 1 Center.

Whether it's the Los Angeles Lakers, Boston Celtics, Denver Nuggets or in the Euroleague, the Sabonis name carries weight. It's relieving to see one shining in the NBA in his prime. I'm sure some games in the backyard with his dad have something to do with all his success.