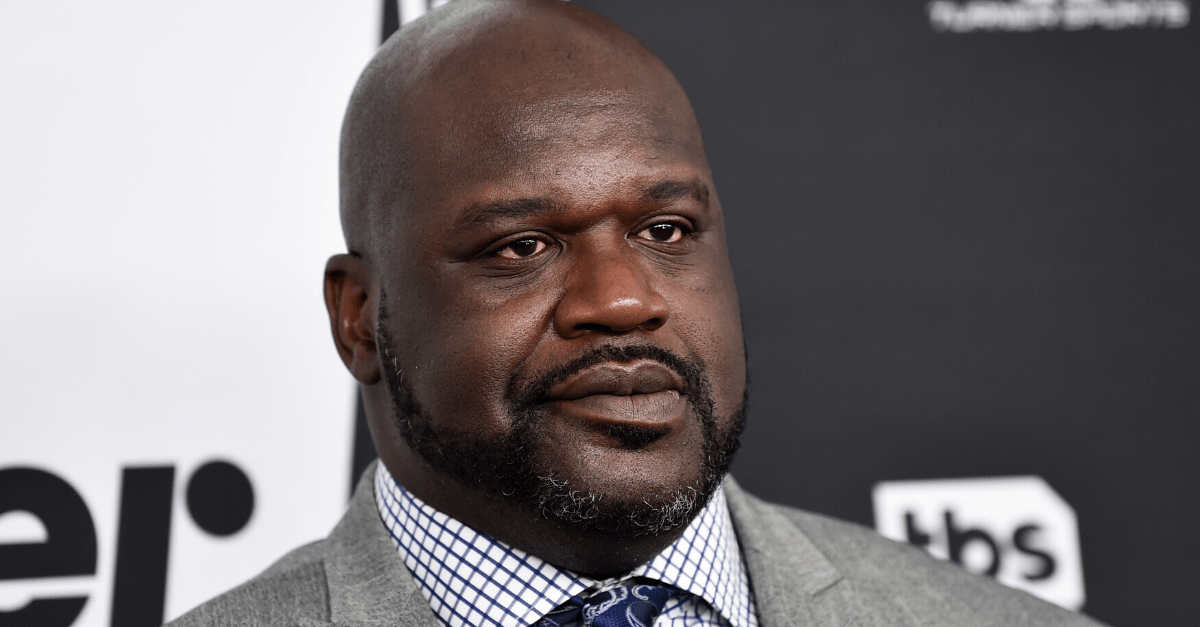 Few sports figures are as beloved as Shaquille O’Neal. The larger-than-life basketball star and analyst on the Emmy Award-winning show Inside the NBA never shies away from the camera, but behind it, he’s a family man of unparalleled proportions. Sadly, as his co-host Ernie Johnson said during Thursday night’s broadcast, “When he struggles, we struggle with him.”

Ernie Johnson began the broadcast alongside regular NBA on TNT co-hosts Kenny Smith and Charles Barkley, but was flanked on his right by NBA Commissioner Adam Silver.

“Basically the ‘Big Fella,’ who I’ve described as ‘the biggest kid in the world,’ his heart is breaking tonight,” Johnson said. “He said his world revolves around his brother and two sisters. And he lost one of his sisters this morning.”

Harrison-Jex earned her bachelor’s and master’s degrees from Florida A&M, and according to Johnson, she leaves behind one son named Bryce. She’ll be laid to rest next to Shaq’s stepfather, Sgt. Phillip Harrison, at a military cemetery.

She was one of Shaq’s three siblings, including brother Jamal and sister Lateefah.

“He’s … the big family guys. We always see his kids, his family always around. One of the most difficult things about being close to someone and working with them this many years ? you get to know them and their family and their friends, so you hurt so much more just as much as you have the pain, just as much as you have the joy … That’s part of being a family, experiencing the joy and the pain.”

O’Neal is home in Orlando, Florida alongside his family, but did respond to his television team’s remembrances in a tweet reading, “Thanks for the condolences and the love. If I had older brothers, it would be you 3. Love y’all and love you more Candice.”

Current and former players, coaches, and even Ayesha’s alma mater offered their thoughts and prayers during this difficult time, which only goes to show how tight-knit the basketball community really is.

Prayers to the O’Neal Family with the passing of FAMU alum Ayesha Harrison-Jex https://t.co/TECS5QScoK

Steve and the Warriors send their condolences to Shaq who lost his sister to cancer 🙏 pic.twitter.com/dIMm3JNK2g

Prayers up for my brother @shaq with the passing of his sister Ayesha. My condolences to the whole family. Gone too soon. 🙏🏽🙏🏽🙏🏽

🙏🏾Thoughts and prayers to my guy @Shaq and the O’Neal family. My condolences to you all.

“We always talk about the NBA as a family and it’s times like this where we’re together and we’ve all known Shaq’s mom Lucille since he came into the league and I met his sister many times,” Adam Silver said on Thursday. “So from everyone at the league, but me personally, my condolences to Shaq … to his family.”

Ayesha Harrison-Jex’s passing is a reminder that cancer never rests, and even the biggest hearts in the world aren’t immune to pain. It’ll be great to see Shaq back to work soon, but until then, our thoughts, as well as fans of the LSU Tigers, Los Angeles Lakers, Miami Heat, and all over the country, are with the O’Neal family.

READ MORE: Shaquille O’Neal’s Net Worth is Even Bigger Than He Is