Football Star Pays for 500 Mammograms in Honor of Late Mother 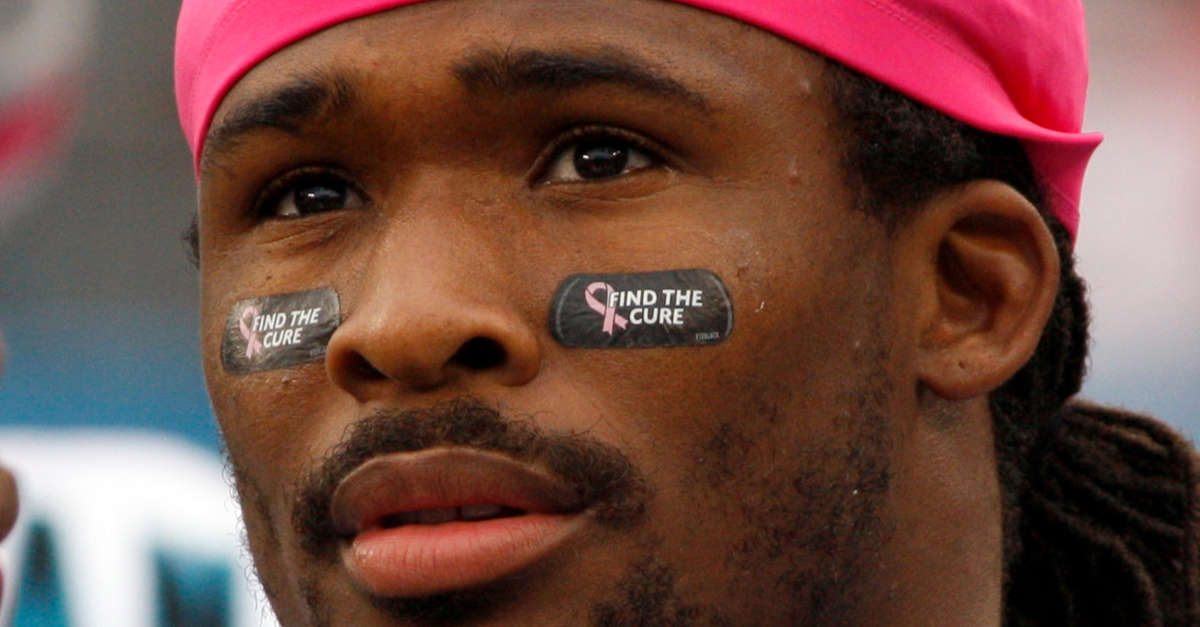 DeAngelo Williams is one of the greatest running backs in college football history who’s rarely recognized. The University of Memphis legend is mentioned 11 times in the FBS record book, including holding the NCAA record with 34 games of at least 100 rushing yards. Williams still ranks fourth all-time in career yards (7,573) and fifth in career rushing yards (6,026). The first-round pick (No. 27 overall) of the 2006 NFL Draft enjoyed an 11-year pro career with the Carolina Panthers and Pittsburgh Steelers, racking up over 10,000 yards from scrimmage and scoring 70 total touchdowns.

In May 2014, Williams’ mother Sandra Hill died of breast cancer. Her initial diagnosis came in 2004, and her 10-year battle, along with four of Williams’ aunts who lost their lives to the disease, lit a fire in the NFL running back to help raise awareness in the fight against breast cancer.

Williams was an integral part in the National Football League’s decision to allow teams to wear pink during Breast Cancer Awareness month every October. While he was setting franchise records for Carolina and being an important piece of Pittsburgh’s offense, Williams’ biggest contributions came off the field.

In 2014, The DeAngelo Williams Foundation began “53 Strong for Sandra.” The campaign originally covered the cost of mammograms for 53 women at a Charlotte, North Carolina hospital. That spread to Pittsburgh, Pennsylvania and Memphis, Tennessee, but it didn’t end after one year.

A Facebook post by the foundation in 2019 updated this incredible campaign, announcing that more than 500 mammograms had been paid for since it began.

In 2015, Williams partnered with Susan G. Komen to help raise awareness and funds to support early detection and the battle against breast cancer year-round.

“Supporting women and men battling this disease should be a priority every day of the year,” Williams said in 2015. “Through our new partnership, we’re encouraging everyone to do something every day in support of the breast cancer community. I’m proud to join forces with Komen on this initiative. We are all in this together.”

Since its launch, The DeAngelo Williams Foundation has raised millions of dollars for breast cancer research, holds the Race for the Cure in association with Susan G. Komen every year, and supports both men and women fighting breast cancer in numerous ways.

This is dedicated to my mom, my aunts & women everywhere affected by Breast Cancer. I love you. #WeAreInThisTogetherhttps://t.co/bAwaanlfzV

One of the Arkansas native’s calling cards is his can’t-miss pink hair. In 2015, Williams died parts of his hair pink to honor his mother’s passing just a year prior.

The NFL, however, wasn’t about let this man wear anything in honor of his mother.

The league fined Williams $5,787 for writing “We Will Find a Cure” and a having a breast cancer awareness ribbon on his eye black. The league also denied Williams’ request to wear pink cleats and accessories the entire season, not just in the month of October.

That’s when Williams’ pink hair was born in the ultimate troll job against the ever-changing National Football League rules.

“My hair is pink. My heart is pink. My toenails are pink,” Williams said. “Pink is not a color, it’s a culture.”

Williams’ work continues in retirement, and there are few football players who have made such an incredible impact in their community with his nonprofit organization.

Kudos the former NFL player, and here’s hoping we eventually find the cure for breast cancer.