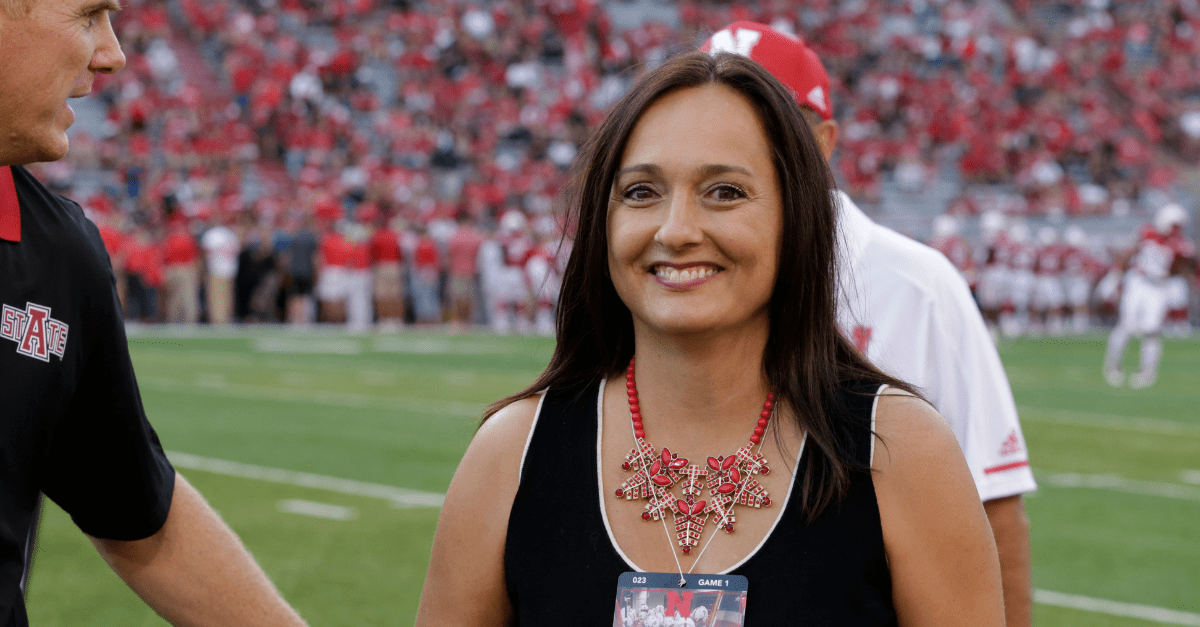 Just before midnight on August 19, Wendy Anderson died after a two-year battle with breast cancer. Wendy, who was the wife of Arkansas State head coach Blake Anderson, was a mother of three children and life partner of Coach Anderson for 27 years. Known as “Mama Wendy” to Arkansas State Red Wolves football players, she was just as big a part of that Sun Belt Conference program as any coach.

As you can imagine, her passing has been difficult on the family. Blake Anderson did not coach in Arkansas State’s season-opening loss against the SMU Mustangs. Then, just hours before the Red Wolves were set to take on the UNLV Rebels, the beloved head coach surprised his team and returned from his leave of absence. During the team’s pregame meeting, Anderson entered with a simple phrase: “Coach, y’all got room for one more?”

The team erupted, then stomped UNLV by the final score of 43-17.

Coach Anderson is back in the saddle just in time for ASU’s biggest matchup of the season. On September 14, the Red Wolves travel to Athens to face the third-ranked Georgia Bulldogs football team. Head coach Kirby Smart, quarterback Jake Fromm and company have started sharp in 2019, knocking off Vanderbilt and Murray State with ease. It’ll take a Herculean effort from redshirt junior quarterback Logan Bonner and his team to take down the Dawgs, but the atmosphere inside Sanford Stadium will only fuel their fire.

Dawg Sports, a Georgia football community website, launched a campaign using the hashtag #WearPinkforWendy in honor of the late Wendy Anderson. Fans of the website created the idea to wear pink vs Arkansas State, which began spreading like wildfire across social media.

A cool idea from some of our @dawgsports commenters. If you’re going to the game Saturday, consider wearing some pinkwith your attire to support curing breast cancer and @CHbanderson after the loss of his wife. Spread the word y’all. @GeorgiaFootball @ugaalumniassoc @UGAAthletics pic.twitter.com/J63S2LiAiA

🚨 PLEASE RETWEET🚨DawgNation let’s get behind this on Saturday. 🐶🎗💖 It’s bigger than a football game. #WearPinkForWendy pic.twitter.com/lcazvSHPYG

I will be in Sanford Stadium on Saturday. And I will wear pink. #BeatCancer#WearPinkForWendy#KirbStomp pic.twitter.com/SR87t2qFEz

Using the power of social media, Georgia fans turned Saturday’s game into a stadium-wide “Pink Out” to honor Arkansas State coach Blake Anderson’s late wife. UGA football’s official Twitter account even got in on the action.

Some things are bigger than sports, and this show of pure class and sportsmanship should be applauded across the college football and SEC world. I’d expect the stands, and maybe even a few ASU and UGA players, to have pink tape, towels and wristbands on to honor this incredible call-to-action.

The University of Georgia and Arkansas State University kickoff their football game at 12 p.m. EST, which will be aired on ESPN2.