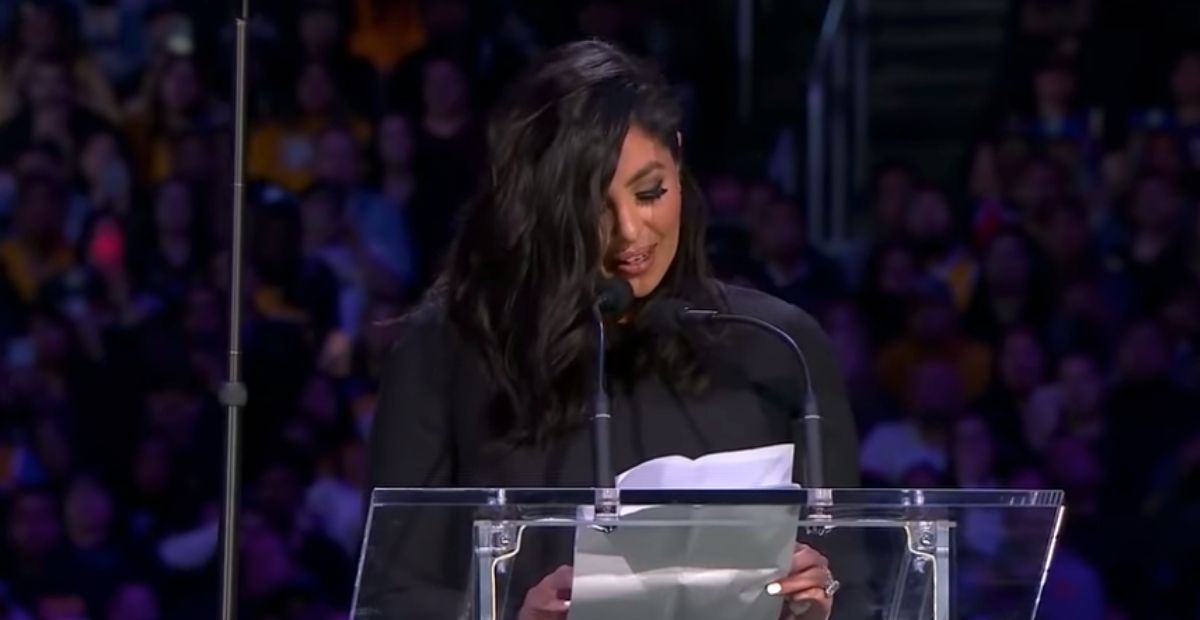 It was heart-wrenching to watch Vanessa Bryant speak about Kobe Bryant and her daughter Gianna Bryant at their memorial. As the camera pans, you can see that there isn’t a dry eye in the Staples Center. Everything Vanessa said about Gianna and Kobe was beautiful. I’m happy that she has so many sweet memories to hold onto forever.

Not only does she have Kobe’s and Gianna’s energy and love to hold onto forever, but she also has a special gift from her late husband, Kobe. Shortly after the filming of ‘The Notebook,‘ Kobe Bryant gave Vanessa the blue dress Rachel McAdams wore in the movie.

If you know anything about The Notebook, you know that Noah’s and Allie’s love for each other was endless. Vanessa called Kobe the romantic one during her emotional speech. When Vanessa asked Kobe why he chose the blue dress, his response was, “Because it’s the scene where Allie comes back to Noah.”

The Gigi and Kobe Bryant memorial will go down in history as one of the most heartbreaking moments for Kobe Bryant fans. Kobe’s widow, Vanessa, is so strong for holding a public memorial for her family. Surely it was very tough for her to talk about special moments during this time, but we’re forever grateful that she shared such cherished moments with friends, family, and fans.

The NBA legend loved his beautiful family. From special anniversary trips for his wife, carpool trips with his amazing girls, and getting them ready for school, Kobe Bryant expressed his love for his special girls every minute of his life.

While we’re all blown away with the actual Notebook dress Kobe gave Vanessa, we can’t help but be in awe with the simple, and kind gestures Kobe did every single day for his family. He will be Mamba to the fans, but the best husband and best girl dad to his family.

If you’re looking for a great read about Kobe, consider this bestseller. A customer said, “It is clearly written, accessible and informative.”

Show your love for 24 with a new tote bag to cherish forever.