"I was 100% sure this was a joke." That was the text I received from my buddy Greg when the trailer for the upcoming motion picture "80 For Brady" was released.

Yes, there were news stories about this movie in the past. But the idea of a movie being based on four senior actresses and an athlete who is only popular with two NFL fan bases (at best) still seemed...let's say far-fetched to say the least. We are living in this reality. This movie is coming, and the proof is in the seemingly legitimate trailer that just dropped. A trailer that feels so much like a fever dream that it deserves a second-by-second breakdown.

What I know so far about this movie is it is about four women in their 80's (only assuming this from the title) who are big Brady fans. The movie is about their travels to see Brady and the Patriots play the Falcons in Super Bowl XLI. This feels like both a flimsy plot for a film and an unnecessary cruelty to Atlanta fans.

The NFL Fever Dream That is "80 for Brady"

RELATED: 'The 'Remember The Titans' Cast Went on to Have Incredible Careers

0:00-0:22 - We start off with the actresses all introducing themselves like players on Sunday Night Football.

This pretty much nailed all the usual ways players share their alma maters. Well done. Also, I got fooled into thinking Field's school was in Alabama because of her performance as Mrs. Gump in "Forrest Gump". Unfortunately, Birmingham High School is actually in Los Angeles (sad trombone). Field also exudes big time "I'm Ron Burgundy?" energy here to the point that this might not even be the high school she attended.

0:36-0:51 - Our heroines are sick of their "boring lives," and we see two of them hurry out of what looks like a Senior Yoga class. Tomlin's character brings up the Super Bowl trip with some light pushback from Moreno's character. They make a joke of how they're 80 and Brady is 40 and it could be his last Super Bowl.

Joke's on them though, because Brady played in three more (and counting) Super Bowls since this one! 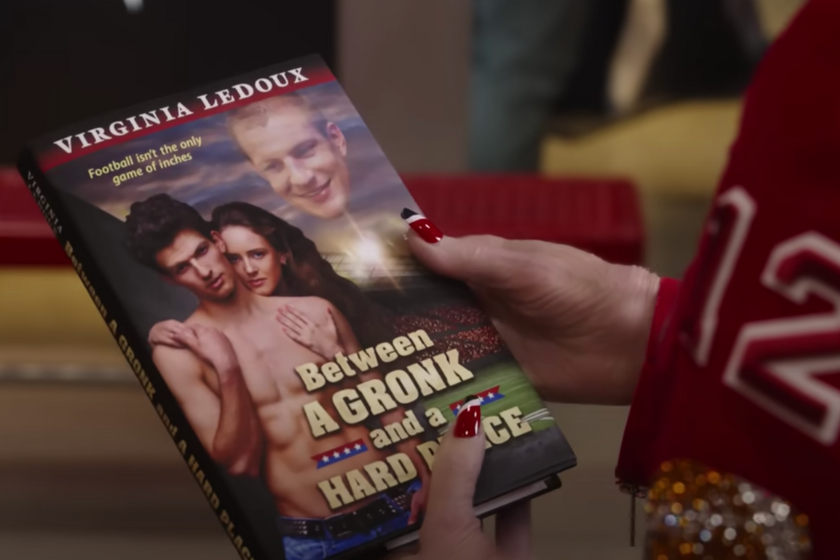 0:53-1:10 - Ok, now I'm confused because these women have already arrived for the Super Bowl. I thought this was going to be like a road trip movie, like "Road Trip". This has me very perplexed.

Uh oh, they don't have tickets and the scalpers are saying it's $10,000 for 4 tickets. Now, these women seem like pretty knowledgeable fans so far. It's completely ludicrous they would think Super Bowl tickets are something you can just pick up day of. Also, four tickets for the Super Bowl is a steal. Currently tickets are going for around $5,000 for nosebleeds. Either this scalper is bad at his job or these women can't do math.

As they're discussing possible payment plans there's a particularly off-putting joke about a fanny pack being referred to as a strap-on. I'm uncomfortable now, I can't imagine how I'd feel sitting next to a stranger in a large, dark theater as that unfolds.

1:19-1:32 - The women are enjoying all the Super Bowl festivities. Field's character enters a spicy wing eating contest for tickets. And we get a Guy Fieri cameo!!

First, we get a Fonda/Hamlin make-out sesh in a closet being interrupted by Tomlin's character. Then it seems like a peek at the heartfelt moment of the film where someone is saying the point of this trip is to give them a special memory.

Then, things get interesting. We see Broadway legend and Emmy Award winner Billy Porter who is potentially a halftime performer? The women convince him to try and sneak them in and he agrees so quickly it is extremely unsettling. Security doesn't believe him though, and the group needs to perform a highly choreographed dance. I'm sure this was definitely part of the true story.

1:56-2:05 - Another quote about friends being there for each other. It really feels like we're losing one of these women before the end credits roll. That's simply not what I am looking for from this film.

2:06-2:11 - We run through each actress and their Oscar credentials. Props to the trailer makers (Fun fact: these are all elves who were fired by Santa Claus) for starting with Lily Tomlin as the lone Nominee before going to the three winners. It would have been super awkward in reverse.

2:12-2:20 - Thomas Edward Patrick Brady Jr. makes his first appearance. I've had mixed feelings these last few years with Brady since he left the Patriots. But seeing him back in the New England uniform and yelling, "Let's go!"? This movie is going to be better than "Heat". 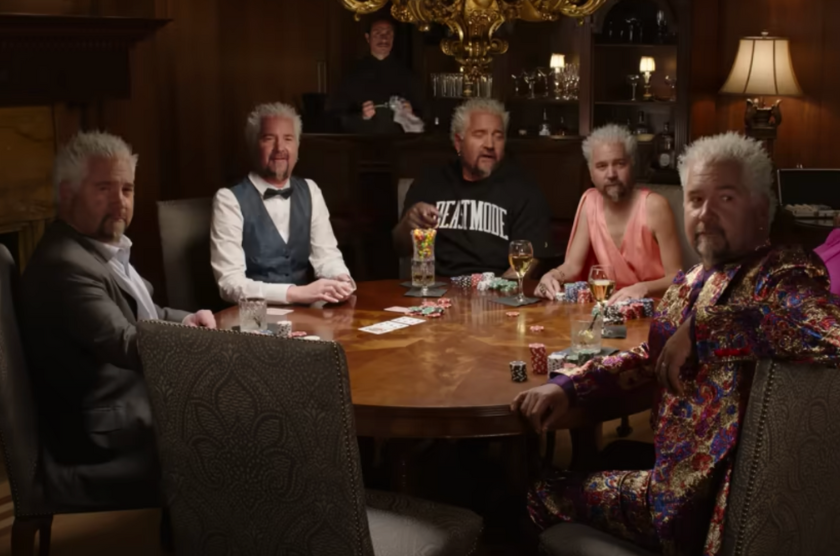 The last bit of this trailer shows the gals attending a shindig where Moreno's character ingests some sort of psychedelic drug. This results in her hallucinating what could only be described as "Dogs Playing Poker" replacing the canines with Guy Fieri's. It's both horrifying and amazing all at once.

In conclusion, this movie looks completely insane and I'd pay Taylor Swift Ticketmaster prices to be first in line. See you on February 3rd!

MORE: Sports Movies That Are So True to Real Life They Might As Well Be Documentaries