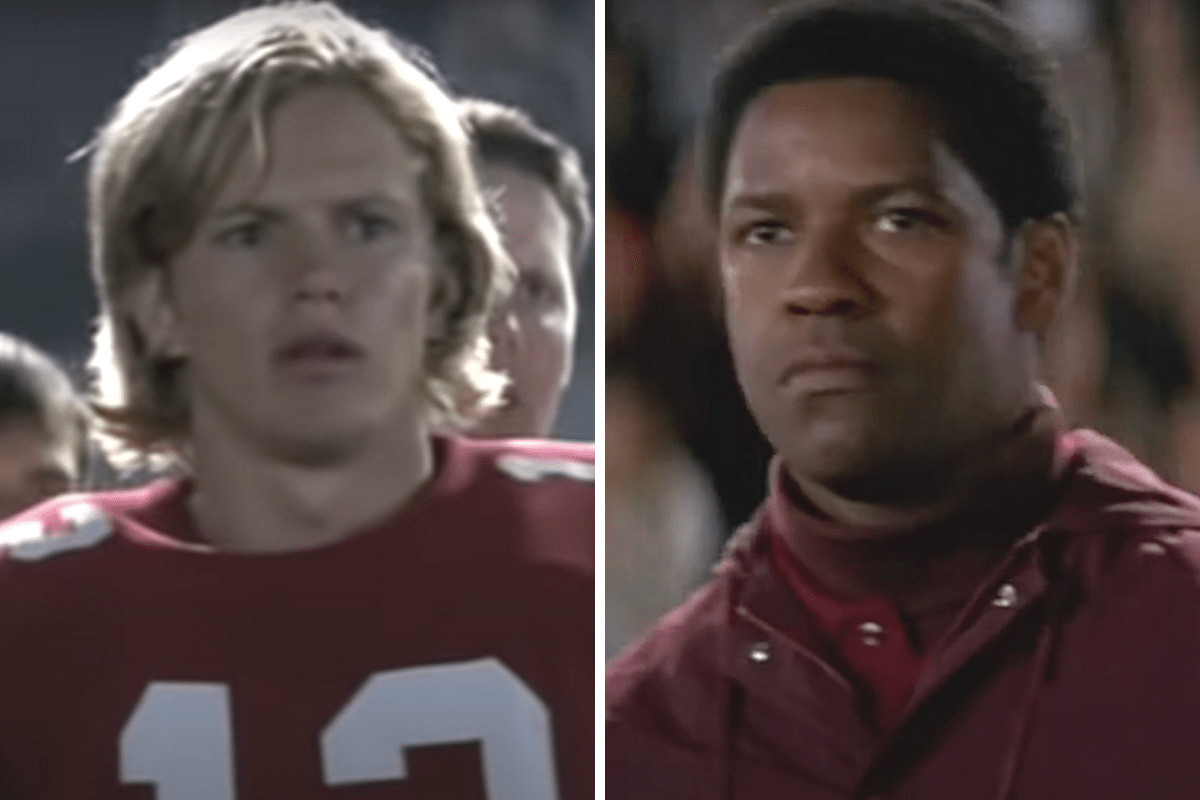 Perfection was what Coach Boone demanded, and that’s exactly what he got.

“Remember The Titans” chronicled the true story of the T.C. Williams High School football team. The 1971 season brought with it a set of challenges that out-weighed any in-game strategy shift you could imagine: The three public schools in Alexandria, Virginia, were integrated in 1965 (not 1971, as the film depicts) and fueled racial tensions between the town’s white and Black communities at the tail-end of the Civil Rights Movement.

Tension still exists today: The Alexandria City School Board renamed T.C. Williams High School in 2021. The building was originally named after Thomas Chambliss Williams, the school system’s superintendent from the mid-1930s until 1963. Williams did not want schools desegregating and believed that “black and white students learned differently.”

The 1971 high school football season showed what unity can accomplish.

Powered by nine shutout victories, T.C. Williams finished (spoiler alert) with a perfect 13-0 record and won the Virginia AAA state championship; The Titans ranked as the No. 2 high school football team in America. Though the film’s climax was a made-for-Hollywood final play to win the title over George C. Marshall High School, reality was slightly different — T.C. Williams beat Marshall in similar fashion during a mid-season matchup, but they rolled over Andrew Lewis High School, 27-0, in the 1971 state championship.

RELATED: Where is the “Field of Dreams” Cast Today?

Directed by Boaz Yakin, produced by Jerry Bruckheimer and Chad Oman and written by Gregory Allen Howard, the Walt Disney Pictures production grossed $136.7 million worldwide at the box office on a $30 million budget. It’s considered by many to be one of the greatest sports movies of all time.

In my opinion, it is by far the greatest. There is no close second.

Originally released on September 29, 2000, the iconic football movie turned 20 years old in 2020. (Welp, guess I’m officially old.) While the year was marred by the global coronavirus pandemic and COVID-19 outbreak, rest assured that I did’t mind being stuck at home watching the Titans overcome the odds and achieve perfection.

But more than 20 years later, where is the star-studded cast?

Remember The Titans Cast: Then and Now

As head coach Herman Boone, Washington delivered an all-time performance. From training camp at Gettysburg College to the state title game, his character drove the action and brought the best out of the team.

The real Herman Boone coached T.C. Williams until 1979. He became a public speaker later in life. Sadly, he passed away in December 2019 of lung cancer. He was 84.

A Hall-of-Fame snub hung overtop Bill Yoast, but as defensive coordinator and assistant coach, T.C. Williams would not have accomplished what they did in 1971. Will Patton’s portrayal was spot-on alongside Washington.

The Titans’ captain and All-American linebacker helped heal the fracture between the white and Black players, and Ryan Hurst showcased the emotional ties to that struggle perfectly.

“Remember The Titans” opened on Gerry Bertier’s funeral in 1981. Though the film showed Bertier being injured before the state championship, he was actually hurt after the game and paralyzed from the waist down. Bertier won a gold medal in the shot put in the Paralympics, and the gym at T.C. Williams now bears his name.

Gerry Bertier was “left side,” and Julius Campbell was “strong side.”

Need a lesson on great acting? Watch HBO’s “The Wire,” where Harris leads the way as drug kingpin Avon Barksdale.

Julius Campbell played football at Ferrum Junior College after high school. He died of organ failure in January 2019 at age 65.

Petey Jones did whatever it took to get on the field, and Faison’s energy resonated with the hearts of so many.

All 179 episodes that Faison portrayed Christopher Turk in “Scrubs” will require your immediate attention if you haven’t watched the award-winning comedy series.

Rev Harris was T.C. Williams’ star quarterback before going down with injury. Still, Kirkwood’s presence and climactic return added yet another element to this amazing film.

After “Remember The Titans,” Kirkwood only acted in supporting roles until around 2006. He retired from acting and graduated from Loyola Law School in 2008, later passing the California Bar Exam. Kirkwood worked as a deputy public defender for 12 years and is now a senior associate of the Los Angeles County Department of Health Services, per his LinkedIn account.

Want to talk about a transformation? Look no further than lovable football player Louie Lastik and the man who played him, Ethan Suplee.

Today, he hosts the “American Glutton” podcast, which interviews health and fitness experts and centers around Suplee’s incredible journey to lose over 200 pounds.

T.C. Williams didn’t need Alan at cornerback for most of the football film. That didn’t stop Ryan Gosling from being the film’s breakout cast member.

Though already a child actor from “The Mickey Mouse Club” and “Young Hercules,” “Remember The Titans” put Gosling on the map, and he’s been a global film icon ever since.

I think we can agree tight end Ray Budds was portrayed in the film as a huge jerk. Burgess Jenkins was perfectly cast to fuel tensions as Gerry Bertier’s best friend.

Jenkins appeared in several other films, like portraying religious leader John Wesley in an award-winning biopic, but he made his living on television. Jenkins acted in “Dawson’s Creek,” “One Tree Hill,” “Nashville” and most notably appeared on 112 episodes of the daytime drama “The Young and the Restless.”

Jenkins is happily married to a breast cancer survivor and loves highlighting his family on Instagram.

Pardue was originally recruited by Yale University to play college football, but chose to become a model for brands like Armani and Polo. “Remember The Titans” was his big break, which brought acting roles like “The Rules of Attraction” (2002), “Thirteen” (2003) and in Netflix’s “Mad Men,” as well as a host of low-budget productions and one-off TV show appearances.

In 2019, he was found guilty of sexually harassing actress Sarah Scott and fined $6,000 by SAG-AFTRA.

Much like Gosling, Panettiere rode her strong performance as the rambunctious and motivating Sheryl Yoast into a two-decade-strong career.

Panettiere shares a daughter with former world heavyweight boxing champion Wladimir Klitschko, though they are no longer together romantically.

Opposite Denzel Washington, Parker’s role was small, yet powerful.

Though she already had a long list of acting roles, Parker is still active today and boasts a resume that includes “Brown Sugar” (2002), “Welcome Home Roscoe Jenkins” (2008), “Black Dynamite” (2009) and “Almost Christmas” (2016). She received five NAACP Image Award nominations for her work in the Showtime series “Soul Food,” and recently had a recurring role in Fox’s “Empire.”

In 2018, Bosworth was named one of PEOPLE’s 25 Women Changing the World for her work with the Coalition to Abolish Slavery and Trafficking (CAST) to rehabilitate human trafficking survivors around the globe.

MORE: Then and Now: The Cast of ‘Caddyshack’ 40 Years Later