Stay Sharp: Aaron Rodgers Might Pop Up in ‘Game of Thrones’ 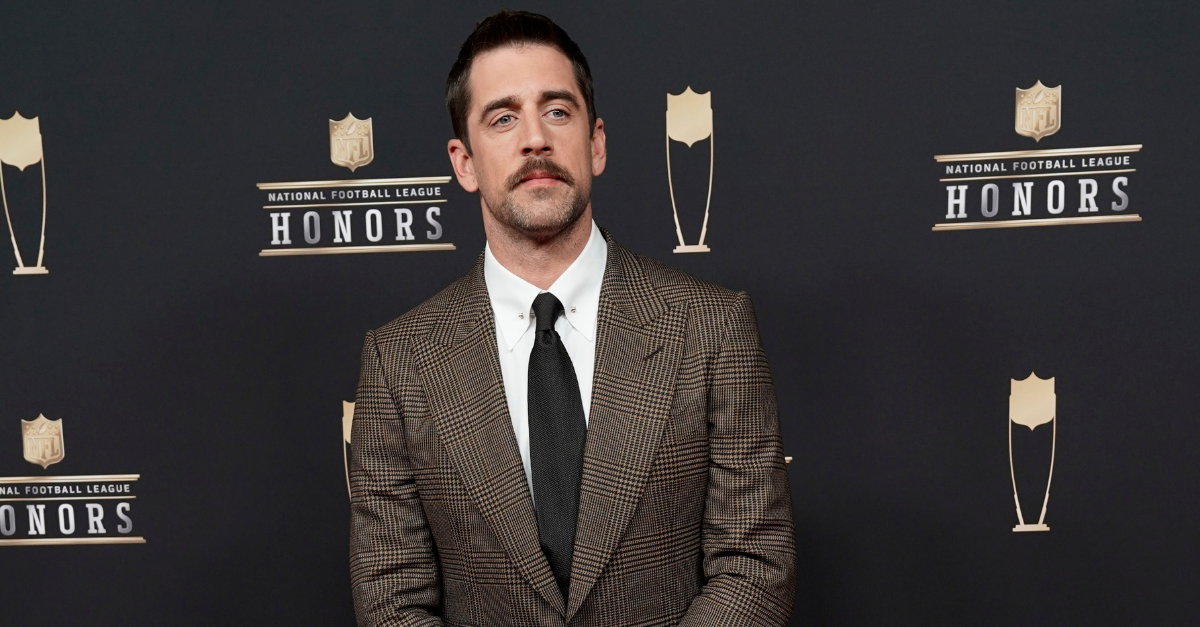 Everywhere you turn, the hit HBO series Game of Thrones is staring you in the face. Arya Stark’s iconic dagger is on display at Texas A&M University, and even the usually frosty Alabama coach Nick Saban is giving hot takes about how the show could possibly end. Now, rumors are swirling that a two-time NFL Most Valuable Player could be making a cameo before the show’s finale is over.

Aaron Nagler, co-founder of the fan site Cheesehead TV, tweeted out a potentially huge spoiler that Green Bay Packers quarterback Aaron Rodgers is going to appear in one of the final two episodes of Game of Thrones.

Aaron Rodgers is going to be in Game of Thrones. Enjoy.

Now, while this seems like just a chance for a potential hot take to blow up the Internet, Rodgers himself has hinted at making an appearance, too.

After the final season’s second episode aired, the King of the (NFC) North took to Twitter himself and teased that something would be coming. The hashtag #episode5shouldbegood didn’t mean much a few weeks ago, but with episode five airing this Sunday on May 12, we might be getting our latest celebrity appearance in Westeros.

When asked about potentially making a cameo while on The Dan Patrick Show, Rodgers jokingly said, “I definitely want to be killed or in one of the steamy scenes for sure.”

24 hour rule still applies folks, for all those who thought there were better things to do tonight than watch @GameOfThrones #iwaswatching #4moreepisodes #episode5shouldbegood #

Should Green Bay’s outspoken leader appear in one of the final two episodes, he would join a pretty impressive list of notable actors, artists and athletes who have appeared in the Emmy-winning television series.

What character should Rodgers be? A spear-throwing member of Queen Cersei Lannister’s army? What about an archer who fires perfect shots? Could he be nothing more than a common man waiting around to be the 24th pick in Jon Snow’s army?

Keep your eyes peeled on Sunday. Aaron Rogers, already television-famous as the Discount Double Check guy, might be coming to the Seven Kingdoms this week.