Is It Time for Aaron Rodgers to Get Out of Green Bay? 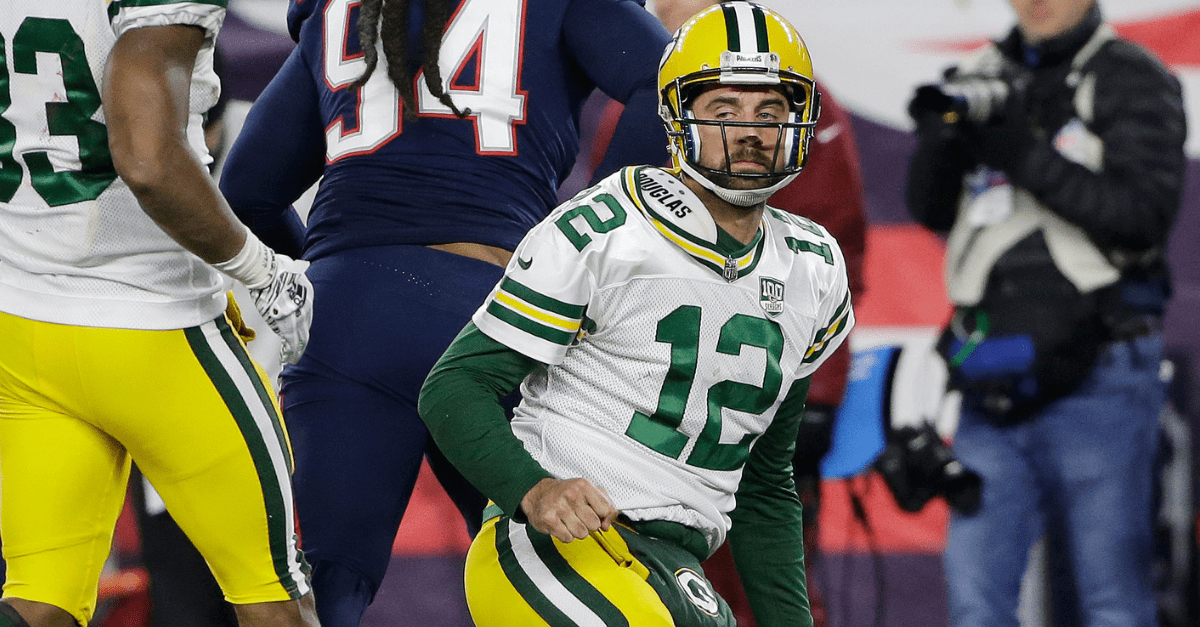 You could tell it in Aaron Rodgers’ eyes as he sat on the sideline during a Sunday Night Football loss to the New England Patriots in early November that he was tired and frustrated.

He was tired of losing and frustrated that he had to continue to carry his team without any help. The Packers were on the verge of not making the playoffs again despite having one of the best quarterbacks of all time on their team.

Green Bay eventually lost the game, 31-17, and failed to make the playoffs for the second-straight season with a 6-9-1 record.

Not to mention, Green Bay had just traded one of their best defensive players in safety Ha Ha Clinton-Dix and players like wide receiver Jordy Nelson took their ball and went elsewhere during the previous offseason.

Hmmm, where have we seen this movie before? Perhaps it was with Peyton Manning when he was with the Indianapolis Colts? Manning was surrounded by offensive weapons and, year in and year out, had one of the best offenses in the NFL, but they would seemingly always lose to the New England Patriots in the AFC Championship game.

It wasn?t until the Colts made some moves in the offseason to bring in more defensive players like Bob Sanders that they finally had all the pieces together to win a Super Bowl.

It goes without saying the Packers and Aaron Rodgers are at a crossroads and it?s time for them to put up or shut up. Rodgers turned 35 in December and may not have but a few good years left in the league.

Ted’s Film Room: How Matt LaFleur can get Aaron Rodgers and the Packers’ offense back on track

The window of opportunity is slowly closing each year he stays in Green Bay, and you have to wonder, despite his new contract, would Rodgers consider leaving the Packers for good?

He has the type of power that he could demand a trade to potential contender. Similar to the Broncos winning the Super Bowl with an elite defense and Peyton Manning at quarterback, Rodgers could potentially seek a similar opportunity and a better chance to win.

Now, there are some that say Rodgers is overrated and doesn?t deserve the praise he receives, but where would the Packers be without him?

Aaron Rodgers is really the GOAT for doing this to Landon Collins 🐐 pic.twitter.com/OlEmnsJCMG

How many times has he he saved his team on the brink of disaster with a Hail Mary or made a come-from-behind drive like he did against the Chicago Bears to begin the 2018 season?

If the Packers don?t make any changes this offseason, Green Bay may find out what it is like not to live in Mr. Rodgers neighborhood.

READ MORE: The 5 Coldest NFL Games Ever Will Convince You to Stay Indoors