Adrian Peterson is in Serious Debt. How Much Does He Owe? 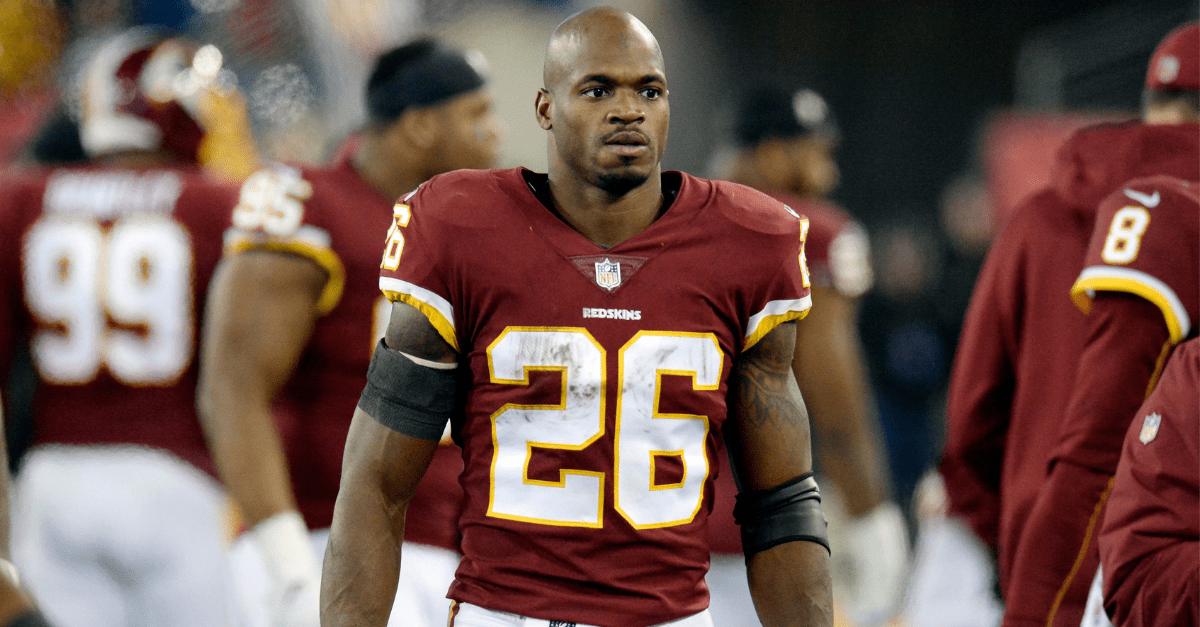 When Washington Redskins running back Adrian Peterson takes his first handoff of the 2019 NFL season, he will eclipse the $100 million mark in career earnings. The seven-time Pro Bowl selection has deserved it, too, especially considering he continues to climb the league’s all-time rushing list. However, it appears the football superstar is in some serious debt.

Despite being well past his prime as a 34-year-old running back, Peterson signed a two-year deal worth $8 million to return to the Redskins this season. Some thought perhaps AD had his sights set on passing LaDainian Tomlinson and Jerome Bettis this season, maybe even moving past Curtis Martin for 5th all-time on the NFL rushing list. Now, many are thinking he is still playing so he can collect some more money.

According to The Athletic, Peterson is being sued by a Pennsylvania lender for allegedly defaulting on a $5.2 million loan to pay back other debts, per New York court documents.

That doesn’t include the interest and legal fees that now makes it $6.6 million. Nor does it include the $2.4 million a Maryland state judge ordered last week to pay Democracy Capital Corp, or the $600,000 a Minnesota court ordered him to pay, according to The Athletic.

In other words, Adrian Peterson owes millions of dollars and it’s unclear whether or not he has it.

My statement regarding Adrian Peterson: pic.twitter.com/k4BbxuynZM

To be honest, this sounds very awful. You don’t make well over $100 million in salary and endorsements and have these kinds of stories come out. You just don’t. Something is seriously up and Peterson’s lawyer, Chase Carlson, tried to shed at least a little bit of light on the situation.

“The truth behind Adrian Peterson’s current financial situation is more than is being reported at this time. Because of ongoing legal matters, I am unable to go into detail, but I will say this is yet another situation of an athlete trusting the wrong people and being taken advantage of by those he trusted. Adrian and his family look forward to sharing further details when appropriate.”

A native of Palestine, Texas, Adrian Peterson has racked up over 13,000 yards in his NFL career with the Minnesota Vikings, New Orleans Saints, Arizona Cardinals and Redskins since he was selected in the first round (No. 7 overall) in the 2007 NFL Draft out of Oklahoma. He’s been one of the top running backs in NFL history, and even won the 2012 NFL MVP.

Peterson rushed for 1,042 yards with seven rushing touchdowns last year and is expected at training camp this week.

Hearing this makes you cringe, but what we know now might not even be close to the full story of his financial troubles.

So how much does Adrian Peterson owe? It’s hard telling, but it sounds like it’s a pretty big number with a couple of commas.