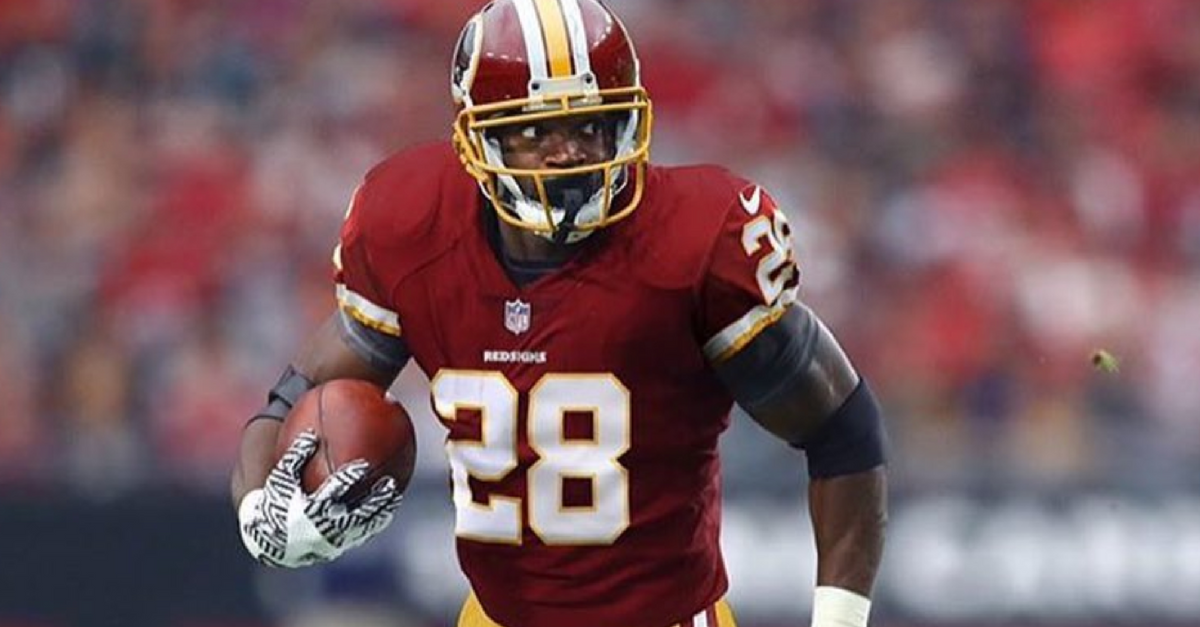 Adrian Peterson is a quick burst through a hole from passing Marshall Faulk, and a few more away from supplanting Jim Brown, for the No. 10 spot on the NFL career rushing yards list. We now know what jersey he will be wearing when the running back makes more history.

The seven-time Pro Bowl selection with 12,276 career rushing yards with 99 rushing touchdowns has signed a one-year deal with the Washington Redskins.

He’s back: The #Redskins are signing former Pro Bowl RB Adrian Peterson, source tells me and @MikeGarafolo. Immediate help in the wake of a string of injuries at the position. 🔏

The signing of the 33-year-old Peterson, a three-time NFL rushing champion, comes following some key injuries at running back during the first two preseason games. Derrius Guice, the team?s expected starter, is out for the season with a torn ACL, while Samaje Perine and Byron Marshall both suffered leg injuries in the Redskins? 15-13 win over the New York Jets.

Washington still has Rob Kelley and Chris Thompson, but Peterson provides the depth it truly needs to balance out new quarterback Alex Smith in the passing game.

For Peterson, the former Oklahoma Sooners star back who needs just 37 yards to eclipse Jim Brown?s career NFL rushing numbers, this will be his fourth team in just two seasons.

After an incredible 10-year run with the Minnesota Vikings, which included 2,097 rushing yards and the NFL MVP in 2012, Peterson signed with the New Orleans Saints before being traded to the Arizona Cardinals to finish the 2017 season.

The Cardinals released him following the season.

Now, the free agent has a new home, and head coach Jay Gruden has a new offensive weapon.

How much does All Day have left in the tank? Could he actually be a productive featured back in 2018? Is that even what the Redskins got him for in the first place?

No matter what, Peterson will be rocking a new jersey this season and will undoubtedly be climbing the record books and adding to his already Hall of Fame career in the process.