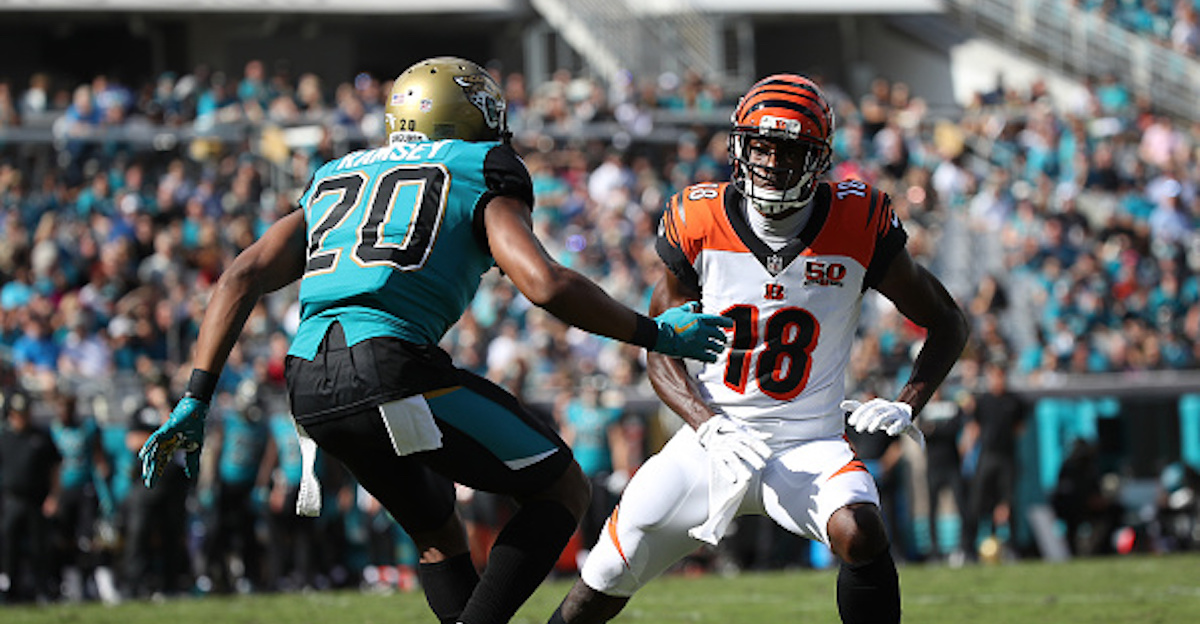 Cincinnati Bengals star A.J. Green didn’t end up playing for most of his last matchup, which came against the Jacksonville Jaguars, and he only has himself to blame.

Green was kicked out of the contest for fighting, and he wasn’t just fighting himself, so he can probably lay some of the blame at the feet — or the mouth — of Jaguars’ cornerback, Jalen Ramsey, as well. Ramsey apparently jaw-jacked the Cincy wide receiver for much of the first half, so when the Jags’ star ended up shoving Green, it wasn’t surprising that it led to a massive altercation.

Video evidence of the incident can be seen below. Green took exception to Ramsey’s shove and gave the cornerback his best MMA chokehold complete with a handful of Brock Lesnar-esque punches. The rest of the players on the field caught wind of the fight and it turned into quite the skirmish. It was an altercation that led to Ramsey apparently trying to go after Green in the Bengals’ locker room. Days later, there was still tension between the two players.

With all of that in mind, it would have made sense for the NFL to suspend both players, but NFL.com is reporting that neither player will be suspended. For his part in the fight, though, Green will be fined a pretty hefty amount.

That’s a fine he won’t fight, according to Geoff Hobson of the team’s website:

AJ on 42k fine: no appeal. I made a mistake, have to pay price

For a player like Green, who’s one of the top receivers the NFL, $42,000 may not seem like a big deal because it pales in comparison to his annual salary. Still, that’s a pretty notable slap on the wrist.

For what it’s worth, it’s unknown whether or not Ramsey will face a monetary punishment for his role in the fight.