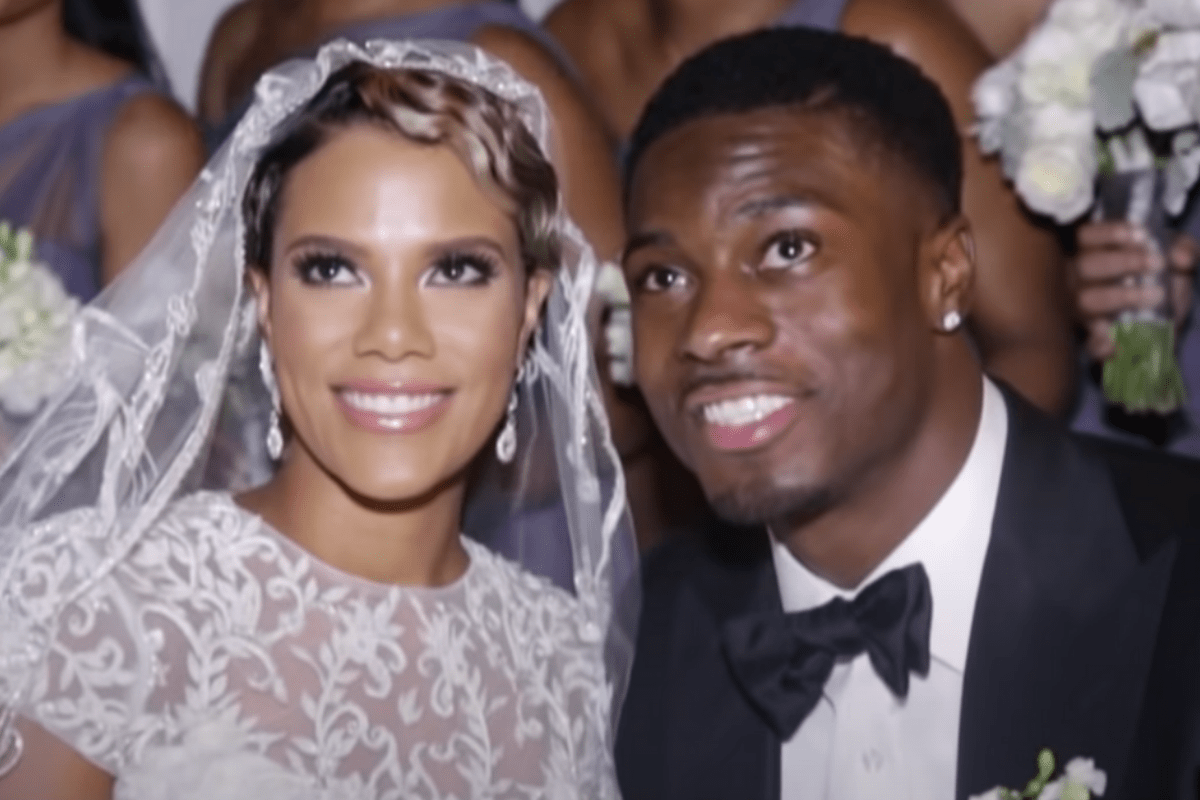 Arizona Cardinals wide receiver A.J. Green and his wife Miranda are madly in love. That’s been the case for years and it’s amazing to watch them continue to grow. Their love story, much like many others, is unique and special.

A.J. and Miranda Green are college sweethearts. While he was scoring touchdowns for the Georgia Bulldogs, she was getting ready for a music career. It’s safe to say they have always been a power couple.

So much has changed since those days in Athens, including a beautiful wedding and two kids, but their passion for each other has remained the same.

Miranda Brooke was born on November 1, 1990 in Chattanooga, Tennessee. Many know her today as a mother of two boys, the wife of an NFL superstar and Ricci Bitti’s older sister, but she definitely had some great moments in the spotlight herself as a singer.

Brooke started singing in public at the age of four before eventually joining her school and church choir. She then turned that into a sweet R&B career in Atlanta.

According to BET, Brooke was signed to Island/Def Jam by Bu Vision CEO Bu Thiam, who is also the brother of R&B singer Akon. She’s worked with producers such as Sham “Sak Pase” Joseph, Michael Cox, and Jermaine Dupri.

In October 2011, Brooke released her first single “Hater” and the music video has over 1.7 million views on YouTube. She has more than 265,000 followers on social media, too.

That was a great year for the dynamic duo. She was working with big-time music producers and A.J. Green left UGA, became a first-round pick in the 2011 NFL Draft by the Cincinnati Bengals and was getting ready to embark on a new journey as a rookie, where he was named to the Pro Bowl.

Their relationship also took off.

How A.J. Green and Miranda Brooke met each other is pretty epic. They reportedly met on Facebook while in college and exchanged messages and pics for six months before making it official.

Then, in 2015, they tied the knot in Atlanta. It was a scene straight from a movie. The newlyweds swayed to John Legend’s “So High” for their first dance and everyone partied, including former Bengals quarterback Andy Dalton. The rumor is they even had a hot dog stand.

That was just the beginning of a long, happy life.

Cincinnati placed the one-year franchise tag on the Bengals WR A.J. Green in 2020. The Pro Bowler and former USA Today All-American then signed with the Arizona Cardinals in 2021.

Through college football stardom, NFL training camps and games, a music career, kids, a move, and everything else in-between, the Greens have remained by each other’s side every day.