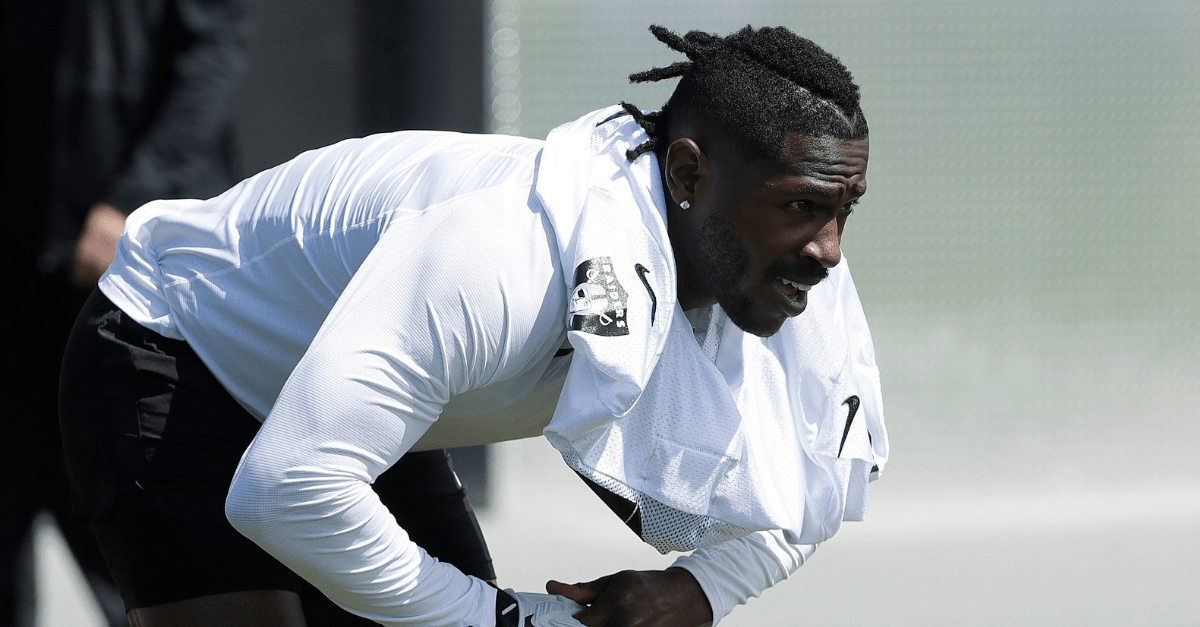 There?s a scene in Adam Sandler?s ?Mr. Deeds? where he asks his new butler to jab his foot with a fireplace stoker. It was all because Sandler?s character, Longfellow Deeds, suffered some ?wicked bad frostbite? on his right foot when he was a kid. The butler, named Emilio Lopez, of course goes to town on the foot in a hilarious scene, but what he said just before he wailed on it with some metal is one of the best lines in the entire movie.

?The hideousness of that foot will haunt my dreams forever,? Lopez said.

How does this apply to football? What does this have to do with new Oakland Raiders wide receiver Antonio Brown? Well, absolutely everything.

A couple of days ago, after some speculation as to why the All-Pro wideout was missing practice, Brown decided to share the reason why he?s been missing part of Raiders training camp on social media.

The image of Antonio Brown?s feet, well, should haunt your dreams forever.

RELATED: Texans Boot Rookie From Practice for Hitting Too Hard

Pretty gross, huh? So what happened?

PFT Live co-host Chris Simms cracked the case. These aren?t just normally blistered feet. Simms learned that Brown, a seven-time Pro Bowl selection, burned his his feet ?by entering a cryotherapy machine without the proper footwear, and his feet were frostbitten.?

Yes, you read that correctly. Antonio Brown apparently has frostbite and is still day to day after seeing a foot specialist, according to NFL Network Insider Ian Rapoport, who confirmed the Pro Football Talk report.

From Inside Training Camp: #Raiders WR Antonio Brown is still day-to-day with his troublesome feet after what team sources describe as a cryogenic chamber mishap. pic.twitter.com/4NoT7IS8Yj

As if the Raiders needed more drama for HBO?s Hard Knocks to go alongside head coach Jon Gruden, here you go. Their superstar playmaker has a preseason injury because he wasn?t wearing proper footwear.

That?s why the former Pittsburgh Steelers star was on the non-football injury list to start the Raiders camp. Go figure.

A foot issue is obviously not good for any wide receiver, and certainly not good timing for a new player trying to get on the same page with quarterback Derek Carr.

However, this is what happened, and if Hard Knocks isn?t a nightmare yet, a long look at Antonio Brown?s foot will certainly haunt your dreams.

READ MORE: It?s Time to Trade Ezekiel Elliott (Plus 3 Teams That Should Be Interested)