Texans Boot Rookie From Practice for Hitting Too Hard 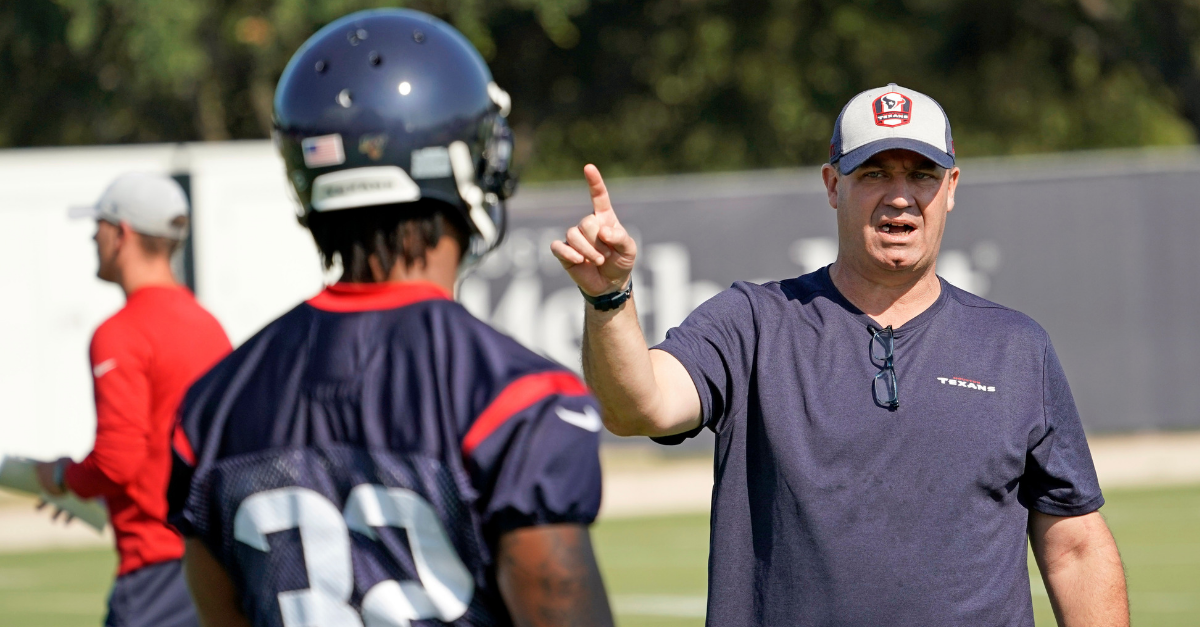 In the National Football League, unless you are someone named Tom Brady, or a few others, a roster spot and playing time is never fully guaranteed. The odds go down even more if you are a rookie. So it is important to play hard each time you get reps on the field, but Houston Texans rookie cornerback Lonnie Johnson Jr. took it a little too far at practice.

The Texans selected the 6-foot-2 Johnson in the second round (No. 54 overall) in the 2019 NFL Draft, and they expected him to come in and compete right away. Little did they know that the former Kentucky Wildcats defensive back would take everything so serious.

During a joint practice with the Green Bay Packers, and during a non-tackling session, Packers tight end Jace Sternberger ? from Texas A&M ? caught the ball and was hit so hard by Johnson that his helmet flew off. Then, Johnson flexed over him, starting a little scuffle, which was broken up quickly.

The #Packers and #Texans got into joint practice fight, but it got broken up pretty quickly.

It was rookie on rookie crime, Packers TE Jace Sternberger was hit hard by Texans CB Lonnie Johnson and then flexed over him.pic.twitter.com/iIXxfBzWzY

RELATED: J.J. Watt Riding a Tiny Bicycle is the Viral Video We All Deserve

So to make sure nothing else happened, Texans head coach Bill O?Brien decided to boot Lonnie Johnson from practice.

Bill O'Brien on Lonnie Johnson being booted from remainder of practice after hitting Jace Sternberger: '"That's between me and Lonnie, it's not a big deal. It was a play that developed over there, and it was time for Lonnie to head to the showers."

?That?s between me and Lonnie. It?s not a big deal. It was a play that developed over there, and it was time for Lonnie to head to the showers.?

The Packers, however, were not happy about it at all, including Packers head coach Matt LaFleur, tight end Jimmy Graham and wide receiver Davante Adams.

?I thought there was no place for that,? LaFleur said, via ESPN. ?We addressed it. It?s an unfortunate deal, because I was pretty clear with our guys that we?re not doing that stuff.?

It probably didn?t help that the second-round pick posted a picture of him flexing over Sternberger, who went into concussion protocol but was able to return to practice, on Instagram.

Gotta drop on this flexing …..😤 #itsfootball

Big hits are encouraged in the NFL, especially if it was a clean hit like this one. However, rookie Lonnie Johnson Jr. should probably wait until the preseason game and not during a training camp practice to make his presence felt, even against an old SEC rival.