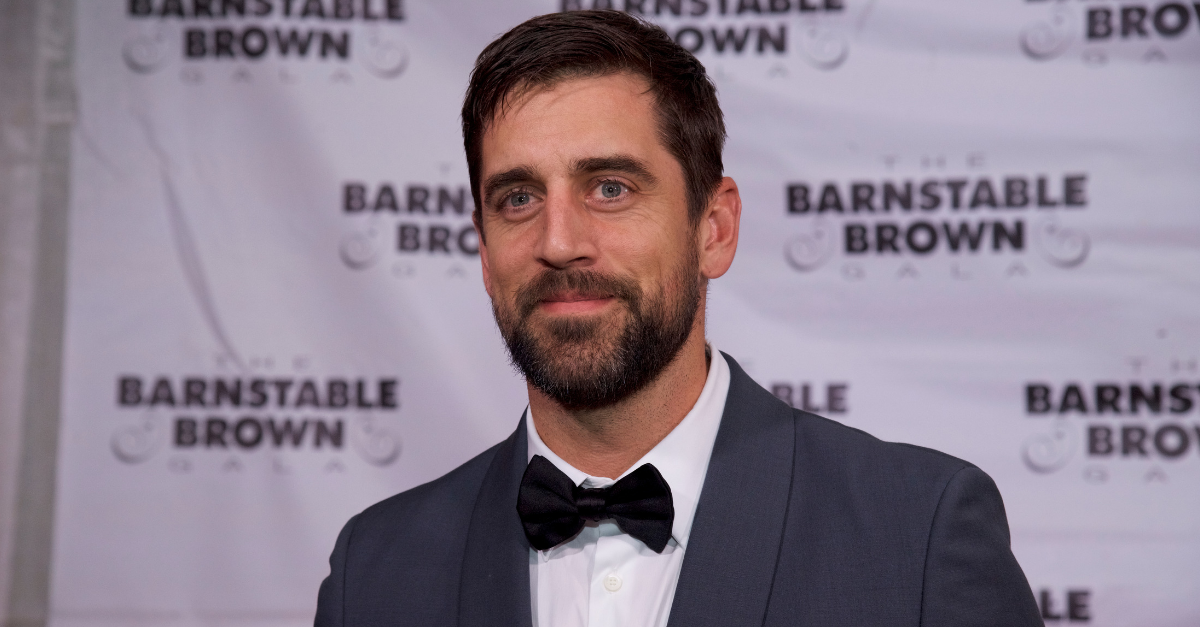 When Green Bay Packers quarterback Aaron Rodgers signed a contract extension last summer, one that saw him earn over $100 million guaranteed, football fans everywhere argued whether or not he was worth it. The seven-time Pro Bowl selection certainly showed he can be worth every penny at times, but there are still plenty who disagree an athlete should be paid that much.

Regardless, since entering a new tax bracket, the Super Bowl XLV MVP has been living his best life off of the football field. The 35-year-old has taken great vacations with girlfriend Danica Patrick, appeared in the final season of Game of Thrones, and showed off his lack of beer-chugging skills at a Milwaukee Bucks playoff game. A good chunk of change is now going back to the football program where he became famous as a football player: The University of California, Berkeley.

This offseason, Rodgers made a seven-figure donation to Cal Athletics to help the Golden Bears renovate the football locker room and create the Aaron Rodgers Football Scholarship.

A professional athlete making a seven-figure gift to his former school is nothing new, but giving back was certainly a big deal to the former junior college transfer and first-round pick in the 2005 NFL Draft.

“I’m pleased and proud to make this gift to support Cal football. My years at Cal were among the best years of my life. My time in Berkeley created lasting, unforgettable memories. Coach Wilcox was on the coaching staff when I was a Bear, and I am excited about the team’s direction with Justin pointing the way. He is a tremendous football coach and an even better role model for his players. I hope that my contribution can help him move this program forward.”

A native of Chico, California, Rodgers attended Butte College — a junior college near his hometown — before throwing for nearly 5,500 yards in two years for the Cal football program.

Cal head coach Justin Wilcox, who was the linebackers coach when Rodgers attended Cal, certainly appreciates it, too.

“We are thrilled and grateful that Aaron is making this important investment in the Cal football program,” Justin Wilcox said. “Aaron’s gift will help provide our student-athletes with a tremendous place to gather and prepare for all our football-related activities. It will also be great to show recruits visiting our campus a top-notch space and the level of support our program has from one of the greatest to ever play the game.”

Aaron Rodgers is one of the most recognizable names in football for his touchdowns, but he’s also making a huge impact in the community everywhere he goes and everywhere he’s been.