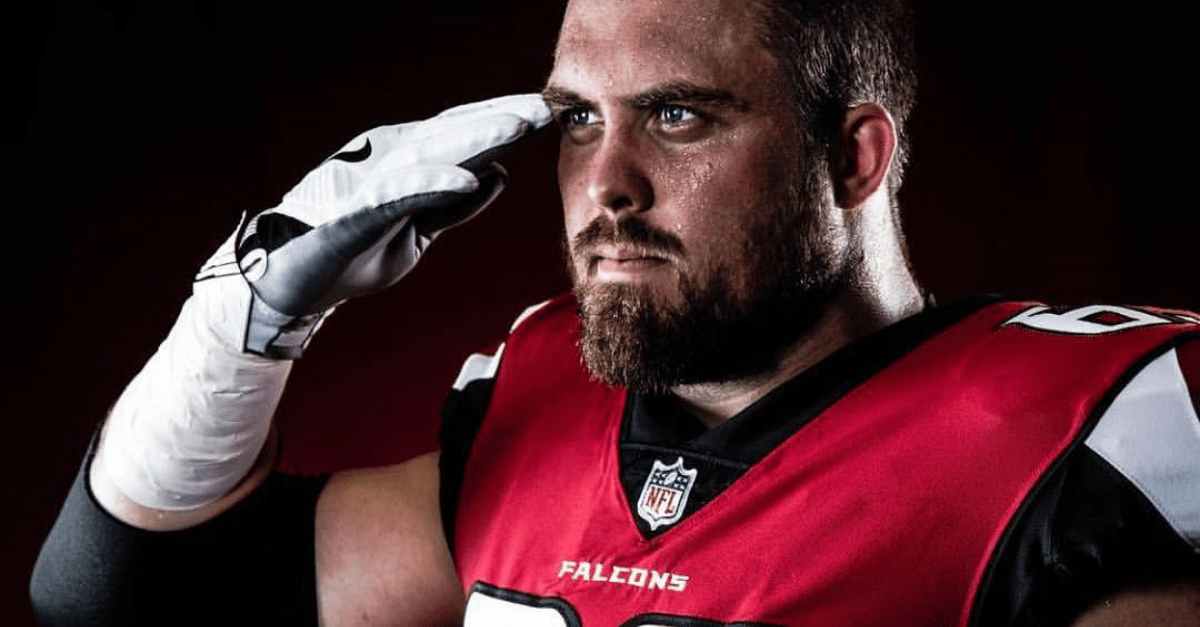 Garland was recognized Wednesday by the league and USAA for his exceptional efforts to honor and support members of the military community. He will be recognized on Saturday night during NFL Honors, the prime-time TV show in which The Associated Press presents its individual awards for the 2018 season.

“I am honored to win the award, but, honestly, I am just honored to be part of an organization that puts military first from the top down, from (owner) Arthur Blank to our head coach (Dan Quinn),” Garland said. “They do so much for our military and I am proud to be with an organization that is the spear in the NFL of showing how to do it right and how to truly give back and say thank you to the military members that absolutely deserve it.”

I am honored to be the recipient of the NFL’s 2018 Salute to Service Award presented by @usaa but the real heroes who deserve to be honored are my fellow service members, our veterans, and their families. #salutetoservice #riseup pic.twitter.com/kIpp4AGGj8

USAA, a leading provider of insurance and other services to U.S. military members, veterans and their families, will contribute $25,000 in Garland’s honor to the official aid societies representing all five military branches. The NFL will match USAA’s donation of $25,000, which will be donated to the Garland’s military charity of choice.

“From his time at the Air Force Academy and continuing throughout his NFL playing career, Ben Garland has embodied and demonstrated the understanding and appreciation for the service and sacrifice of the U.S. military and their families for which this award stands,” said Vice Admiral (Ret.) John Bird, USAA senior vice president of military affairs. “In the true spirit of the Salute to Service Award presented by USAA, we salute Ben for his tireless effort to support our military, veterans, and their families, as well as his own service to our country as a member of the Colorado Air National Guard.”

In 2018, Garland traveled on two USO tours, the first to Italy and Germany and the second to Iraq and Kuwait.

Garland is involved with helping veterans make the adjustment after their service and in helping raise awareness of PTSD. Last year, he participated in the Armed Forces Mission’s Georgia LOSS Walk. He walked alongside veterans, service members and their families in honor of “Turning the Tide on Veteran Suicide.”

As a current member of the Colorado Air National Guard, he also supports his fellow active duty service members. He donates game tickets each week to them; visits the Air Force Academy at least once a year to speak to the current students; works with Georgia Tech ROTC to inspire young officers; and meets with local young officers to mentor them.