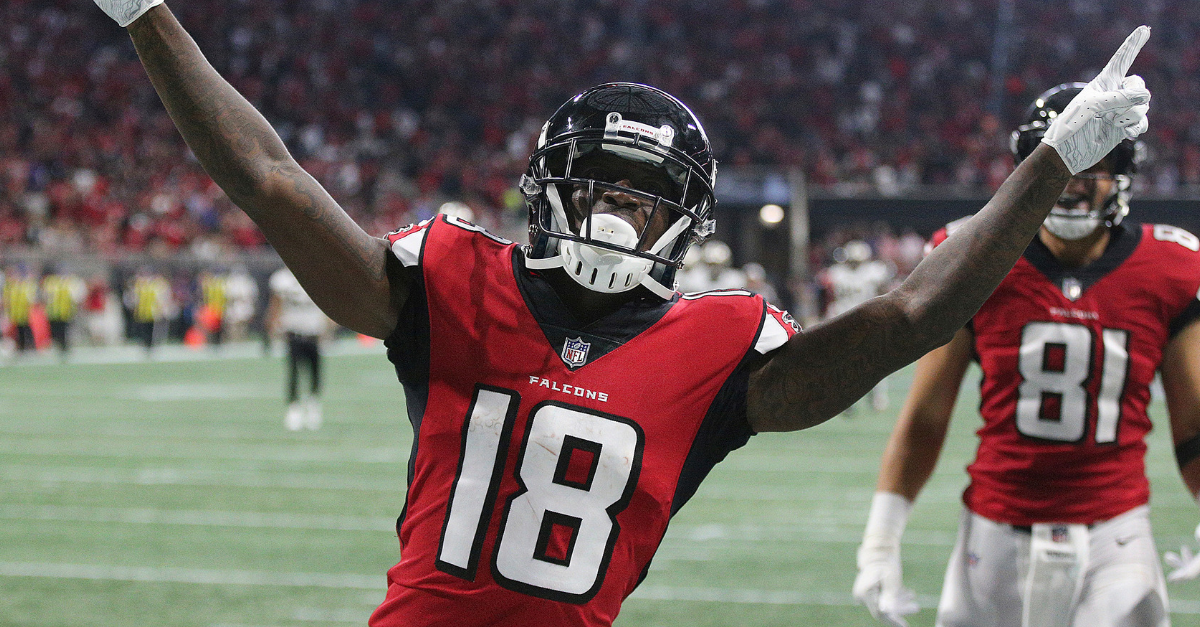 It’s not a secret that the University of Alabama’s football program is a hotbed of NFL-caliber talent. Over the last 10 seasons, 77 members of the Alabama Crimson Tide have been drafted into the National Football League, the most during that span — SEC rival LSU has the second-most selections with 72.

During the 2018 NFL Draft, a school and SEC record 12 Crimson Tide players were selected during the draft, and one of the Tide’s best pass catchers of all time is already making a name for himself. Bursting onto the professional scene, Atlanta Falcons wide receiver Calvin Ridley has been named the NFL Offensive Rookie of the Month for September.

Despite the Falcons stumbling out of the gates to 1-3 record, the former Crimson Tide wide receiver has dazzled through the first month of the season catching 15 passes for 264 yards and a league-leading six touchdown receptions.

Ridley’s biggest game of his short career came in a 43-37 shootout loss to the New Orleans Saints when the 6-foot-1, 190-pound wideout grabbed seven passes for 146 yards and three touchdowns.

Paired opposite of fellow Alabama Crimson Tide alum Julio Jones, who also leads the NFL with 502 receiving yards, Ridley figures to see a lot of quality looks from quarterback Matt Ryan in Atlanta’s high-powered offense working as the No. 2 and No. 3 pass catcher along with veteran target Mohammed Sanu.

Rookies of the Month (September):

The wide receiver ranks second in school history with 224 receptions and 19 touchdowns, and he ranks third all-time with 2,781 receiving yards having only played three seasons in Tuscaloosa.

Joining Ridley is Indianapolis Colts linebacker Darius Leonard, who was named the NFL’s Defensive Rookie of the Month. The product from South Carolina State leads the NFL with 54 total tackles and is tied for sixth in the league racking up 4.0 sacks through the first month.

It’s only a small sample size, but Ridley’s downfield ability and crafty route running is already paying huge dividends for a team that selected him 26th overall in the 2018 NFL Draft.