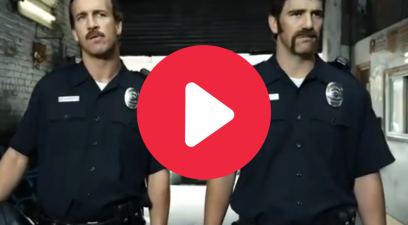 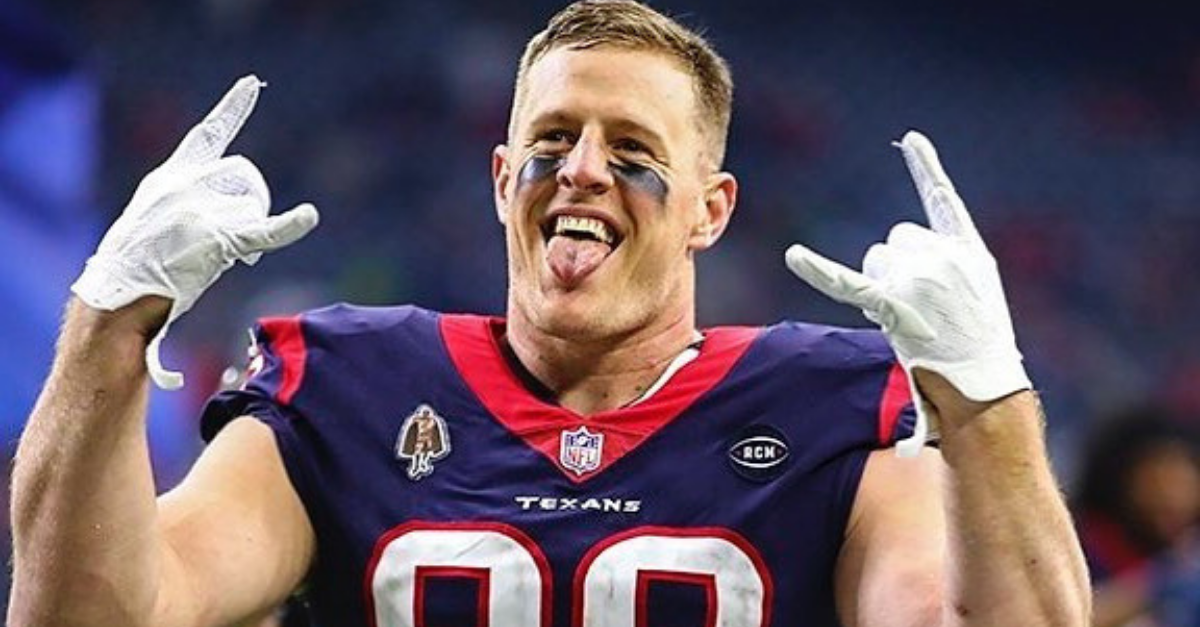 After two seasons in which he played in only eight total games between 2016 and 2017, many thought Houston Texans defensive end J.J. Watt was past his prime and wouldn’t be able to return to his All-Pro, game-wrecking form after multiple injuries. Boy, did he prove everyone wrong.

Not only did the Texans superstar earn his fifth Pro Bowl selection in 2018, but he’s also taking home another piece of hardware. Watt was named The Committee of 101’s AFC Defensive Player of the Year and became the first-ever player in the 49-year history of the organization to win the award four times in his career.

The Committee of 101 was founded by Kansas City businessman Jack Wheeler to honor the greatest players and coaches in the National Football League. The awards are given to the most outstanding offensive player, defensive player and coach from both the American Football Conference (AFC) and National Football Conference (NFC) every year since 1969 (excluding 1982 due to a players’ strike).

The annual NFL 101 Awards are the nation’s longest-running awards event dedicated exclusively to the outstanding achievements of the National Football League and are decided by member of the national media.

After racking up 61 tackles, including 18 tackles for a loss with 16.0 sacks, and forcing a league-high seven fumbles during the regular season, Watt earned his fourth Player of the Year honor by helping lead the Texans to an 11-5 record and AFC South divisional title.

#Texans DE @JJWatt has been named the NFL 101 AFC Defensive Player of the Year after leading the AFC with 16.0 sacks & leading the NFL with 7 forced fumbles.

RELATED: 6 Super Bowl LIII Commercial Previews to Prepare You for the Big Game

Winning the award alongside Watt was Los Angeles Rams defensive tackle Aaron Donald. The NFC Defensive Player of the Year collected his third award in the last four seasons from the Committee of 101 after leading the NFL with 25 tackles for a loss and 20.5 sacks, the most-ever by an interior defensive lineman.

On the offensive side of the ball, Kansas City Chiefs quarterback Patrick Mahomes won AFC Offensive Player of the Year thanks to 5,097 passing yards and 50 touchdown passes. Mirroring Mahomes is New Orleans Saints quarterback Drew Brees. The NFC Offensive Player of the Year’s fourth award from the Committee is far from the record on offense, however.

Future Hall of Fame quarterback Peyton Manning won this award a mind-blowing eight times in his 17-year career, the most in NFL history.

As for coach of the year, the choices were clear. The NFC Coach of the Year was Chicago Bears coach Matt Nagy, who turned the Bears from a 5-11 team in 2017 to a 12-4 NFC North division champion last season. The AFC Coach of the Year Award was given to first-year Indianapolis Colts head coach Frank Reich. After starting the 2018 season 1-5, the Colts rebounded to finish 10-6 and defeat Houston in the playoffs before dropping a 31-13 loss to Kansas City.

The 49th Annual 101 Awards Ceremony will take place on March 9, 2019 at the Kansas City Marriott Downtown Hotel in Kansas City, Missouri. Aside from honoring the best players and coaches from this past NFL season, the Lamar Hunt Award for Professional Football will be given to the individual or group that has shaped the NFL into the league we know it as today.

Additionally, the winner of Super Bowl LIII will be honored in March as well.

The star-studded award winners are Hall of Fame talents with plenty of football left ahead of them, so this may not be the last time we see these six men honored at the yearly event in Kansas City.

READ MORE: Tom Brady’s a Cheater, And This 10-Year-Old Kid Proved to Us Why