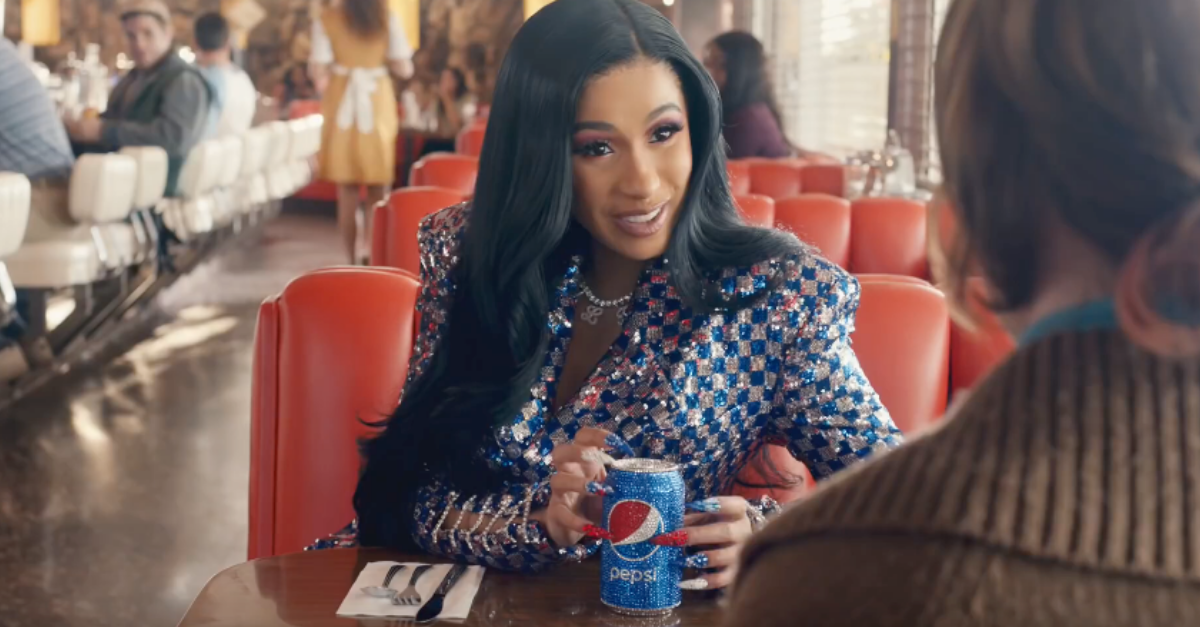 Back in 2015, there were 114.4 million people in the United States that tuned in to watch the New England Patriots defeat the Seattle Seahawks, 28-24, in Super Bowl XLIX. That was the most-watched Super Bowl of all-time, and with more than 100 million U.S. households tuning in to watch every single NFL title game since 2010, there’s always something in it for everyone.

While the casual sports fan probably doesn’t care much that the Patriots and Los Angeles Rams are squaring off in a rematch of Super Bowl XXXVI, that same fan will be locked in when Maroon 5, Travis Scott and Big Boi take the stage for the Pepsi Halftime Show. However, die-hard NFL fanatics and casual Super Bowl watchers alike won’t turn away when the game breaks, and those iconic commercials start to roll.

For the 2019 title game, CBS is reportedly charging somewhere between $5.1 million and $5.3 million for the 30-second spot of a Super Bowl commercial, according to Variety.

If companies are dropping more money than Heisman Trophy winner Kyler Murray made in 2018, then they better prepare to deliver the goods and give fans an incredible advertisement to promote their products. While those 30-second spots fill up quickly, some companies have dropped small nuggets of what is coming during Super Bowl LIII.

Here is a list of some of the biggest names you’ll see with commercials during the big game.

Doritos is always known for giving us something hilarious throughout the years. In this preview posted to Chance the Rapper’s Instagram account, two iconic musical acts look like they’re bringing us another classic. What happens when Chance meets the Backstreet Boys for a Super Bowl commercial? I’ll tell you: MAGIC.

One of the regular staples of the Super Bowl is Budweiser, and it looks like they’ve brought back the famous Budweiser Clydesdales in 2019. Not only do you get a handsome Dalmatian dog getting a ride, Anheuser-Busch is promoting a switch to wind energy in their brewing of this American classic.

Devour makes frozen meals that appeal to a younger demographic. In this release, they take an absolutely hilarious spin in one of the “dirtiest” commercials you’ll see in a long time. While it’s not exactly “Not Safe For Work” material, you probably shouldn’t watch this gem with the volume cranked up in a public place.

For those unfamiliar, Bumble is a dating app that gives women all the power. Men can choose if they want to match with a woman, but it’s up to the female to give him the opportunity to message back ? For same-sex matches, either person has the opportunity to message first. Who better to promote the female-first dating app than the single-most powerful woman in all of sports, tennis star Serena Williams, complete with the slogan “In Her Court.”

Known for bringing the laughs (Last year, that included this Danny Devito-led commercial.), M&M’s previewed a commercial with Emmy Award-winning actress Christina Applegate getting locked out of her car. You can guess that one or two M&Ms are likely behind this one…

One of the biggest Super Bowl sponsors is Pepsi. So, who better to preview the United States company’s biggest advertisement of the year than iconic rapper Lil Jon, who hails from Atlanta, Georgia where the Super Bowl will take place inside Mercedes-Benz Stadium.

Then again, they’ve also dropped short trailers teasing appearances by Cardi B and actor Steve Carrell, so we’ll just have to see what the company cooks up for their TV ad.

Companies like Olay will appear with their first-ever Super Bowl commercial, while Kia will fund a scholarship rather than pay the lofty price for a Super Bowl spot, according to Adweek. Also, companies like Planters will feature a commercial with Mr. Peanut and MLB legend Alex Rodriguez, Pringles showcased some kind of sad Alexa-type device, and Colgate has actor Luke Wilson getting uncomfortably close.

If commercials weren’t enough, Comicbook.com’s Adam Barnhardt pointed out that we could be in store for a few big-time movie trailers during the game. Here are the top five from his full list:

As we get ready for the biggest television event of the year, we’re really preparing ourselves for the commercials during game breaks. For companies spending millions for a spot, filming a brief preview is nothing out of the ordinary. If these are any indication, we’re in for another awesome round of Super Bowl ads to kick off 2019.