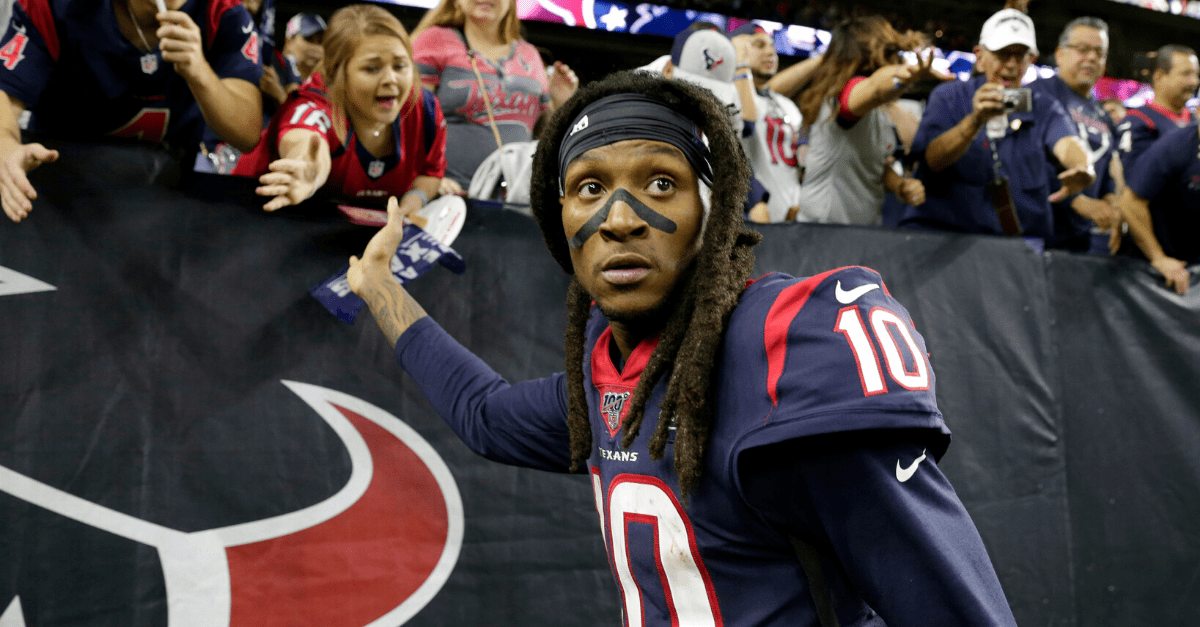 The Arizona Cardinals have acquired three-time All-Pro receiver DeAndre Hopkins in a trade that will send running back David Johnson and draft picks to the Houston Texans, a person familiar with the situation told The Associated Press.

The person spoke to the AP on condition of anonymity Monday because the trade hasn’t been officially announced. The NFL’s business year begins Wednesday, when the trade can be completed.

The 27-year-old Hopkins gives the Cardinals a top receiver to add to a promising core on offense, which includes second-year quarterback Kyler Murray, receivers Christian Kirk and Larry Fitzgerald, and potentially running back Kenyan Drake, to whom Arizona gave the transition tag earlier Monday.

Hopkins has been one of the most consistent receivers in the NFL over the past seven years, topping 1,000 yards receiving in five of seven seasons. He caught 104 passes for 1,165 yards and seven touchdowns last year.

The 28-year-old Johnson was an All-Pro with the Cardinals in 2016 during his second season but hasn’t been able to match those numbers in the past three years. He battled injuries for much of 2019 and finished with 345 yards rushing and 370 yards receiving.