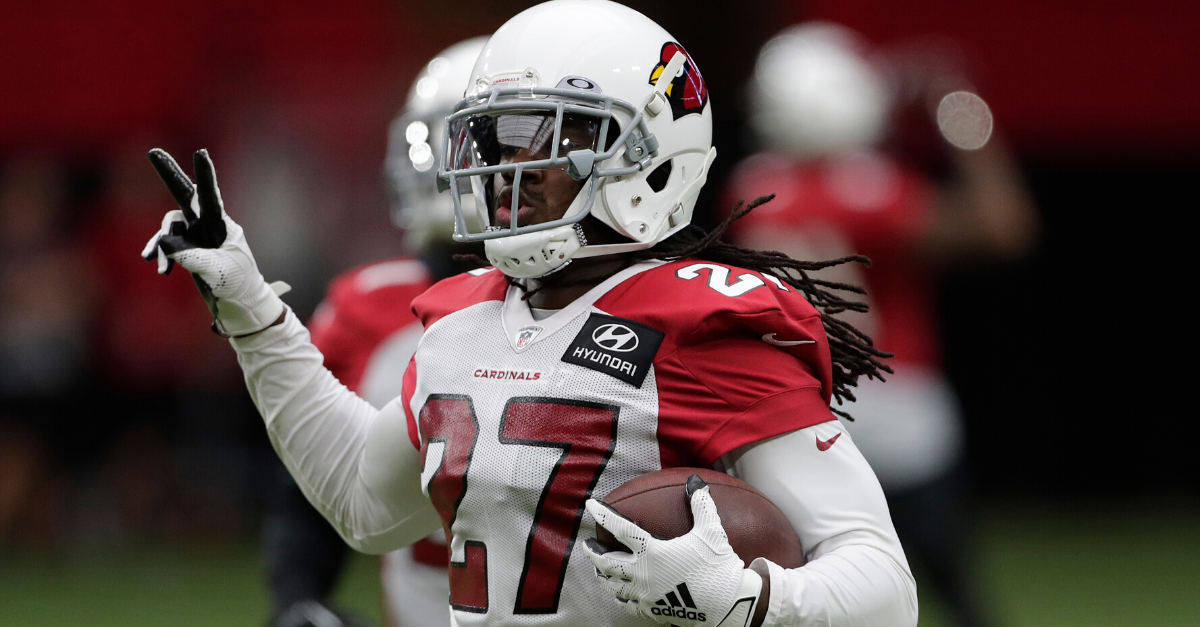 Arizona Cardinals cornerback Josh Shaw has been suspended through at least the end of the 2020 season for betting on NFL games on multiple occasions this season, the first time in more than 35 years a player has been banned for gambling.

The little-known Shaw hasn?t played for the Cardinals this season after being placed on injured reserve following an injury during the preseason.

His suspension comes as the NFL ? and other U.S. sports leagues ? enter an era when legal sports gambling is spreading across the country and gaining mainstream acceptance. For pro sports to coexist with gambling, they must avoid the scandal that would arise from betting by players and others who can directly affect the outcome of games.

“The continued success of the NFL depends directly on each of us doing everything necessary to safeguard the integrity of the game and the reputations of all who participate in the league. At the core of this responsibility is the longstanding principle that betting on NFL games, or on any element of a game, puts at risk the integrity of the game, damages public confidence in the NFL, and is forbidden under all circumstances,? Commissioner Roger Goodell said in a statement. “If you work in the NFL in any capacity, you may not bet on NFL football.?

The league announced the suspension Friday. Shaw was banned for at least the rest of this season and the entire 2020 season. He can petition for reinstatement on Feb. 15, 2021.

According to the NFL, a league investigation found no evidence that Shaw used inside information or compromised any games. Shaw hasn?t been in uniform since he suffered a shoulder injury in the preseason opener.

The league also said it found no evidence that teammates, coaches or other players were aware of Shaw betting on games.

The Cardinals didn?t comment on the suspension, referring to the NFL?s statement.

Former #USC and current #Cardinals DB Josh Shaw has been suspended for the entire 2020 season for betting on NFL games. Yes, this is the same Josh Shaw who lied about rescuing his drowning nephew… pic.twitter.com/vSDhFJMVJL

The NFL did not say where Shaw placed his bets. Sports betting is now legal in 13 states after a Supreme Court decision in 2018 struck down the federal law that had limited full-scale legal sports betting to Nevada. The NFL has long been opposed to the expansion of legal gambling but since the decision has softened its stance and entered into limited partnerships with sportsbook operators.

The league also approved the Oakland Raiders? move to the gambling mecca of Las Vegas, where the franchise will play starting in 2020.

Suspensions of NFL players for betting are rare. The highest-profile case was in 1963 when Paul Hornung of the Green Bay Packers and Alex Karras of the Detroit Lions were banned for the entire season. Both were reinstated the following season and Hornung went on to make the Hall of Fame.

In the most recent case, Baltimore Colts quarterback Art Schlichter was suspended in 1983 for betting on NFL games and other sporting events. He, too, was reinstated the following year.

The 27-year-old Shaw was a fourth-round draft pick by the Cincinnati Bengals out of USC in 2015. He spent three seasons with Cincinnati ? starting 12 games in 2016 ? and was cut at the start of last season. He played four games last year for Kansas City and four games for Tampa Bay.

Shaw was signed by the Cardinals in the offseason to a one-year deal. If he wants to appeal his suspension, he has three days to file notice with the league.

READ MORE: How Much Does an NFL Referee Actually Make?