Pete Rose is Major League Baseball's hit king, and he deserves to be enshrined in the National Baseball Hall of Fame in some capacity. No one in MLB history played the sport as hard as the man dubbed "Charlie Hustle," which is still one of the best nicknames in sports.

Rose has lived his life off the field the same way he played on the diamond. His gambling addiction is well documented. He was banned from baseball for betting on Cincinnati Reds baseball games as the team's manager in the 1980s. He also is currently engaged to a former Playboy model who is 39 years younger than he is.

The 80-year-old reportedly still owes money to casinos and the IRS despite earning more than $1 million per month from autographs signings and appearances. That means Rose's net worth is nowhere near what it could be had he been smarter with his cash during his playing days. 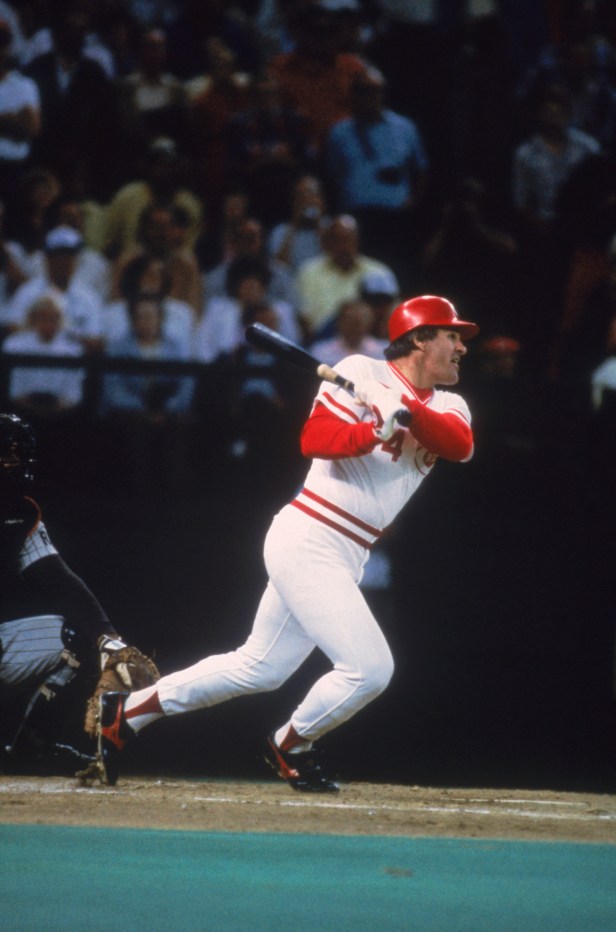 Peter Edward Rose Sr. was born to Harry Francis and LaVerne Rose. In his birthplace of Cincinnati, Ohio, he was a member of the Order of Demolay -- a fraternal organization for young boys -- and played baseball and running back for the Western Hills High School varsity football team. After high school, he starred in the Dayton Amateur League and was given a shot by the Cincinnati Reds after his uncle, who was a scout, suggested they sign his nephew.

Seen as undersized for most of his life, Rose made the most of his opportunity with his hometown team. He hit .273 in 157 games as a 22-year-old rookie second baseman in 1963 and earned the NL Rookie of the Year award.

Rose stuck with the Reds until 1978, becoming a key outfielder in the vaunted Big Red Machine dynasty of the 1970s that included Hall-of-Famers Johnny Bench, Joe Morgan and Tony Perez and won back-to-back World Series rings in 1975 and 1976.

A free agent in 1978, Rose signed a four-year deal worth $3.2 million with the Philadelphia Phillies that made him the highest-paid player in baseball.

The switch hitter had higher offers from teams across the United States but felt he could win a World Series in Philadelphia. The Royals offered him $4 million plus a stake in the owner's oil investments. Atlanta was prepared to dish out $3 million over three years plus a pension that would pay him $100,000 annually until he died. The Cardinals proposed less money, but owner Gussie Busch was willing to throw in a Budweiser beer distributorship.

Rose helped bring the Phillies their first ever World Series title in 1980. In 1984, he signed with the Montreal Expos for a year before returning to the Cincinnati Reds as a player-manager. He hit .219 in his last year as a player in 1986 but managed until 1989.

Through the course of his 27-year baseball career as a player and manager, the one-time MVP Award winner reportedly earned about $7.1 million in salaries. That sounds tiny compared to Mike Trout or Bryce Harper's mega deals, but it was a boatload back then.

Of course, the Hit King has made money in other ways.

In 2015, Rose was featured in a Super Bowl commercial for Skechers, and Marketwatch.com suggests his deal with the company wasn't worth more than six figures.

Then, there was this interesting commercial for Kool-Aid when Rose was still playing for the Reds. He's also received money from Mizuno, Maaco Enterprises and for licensing his name to two restaurants in South Florida. 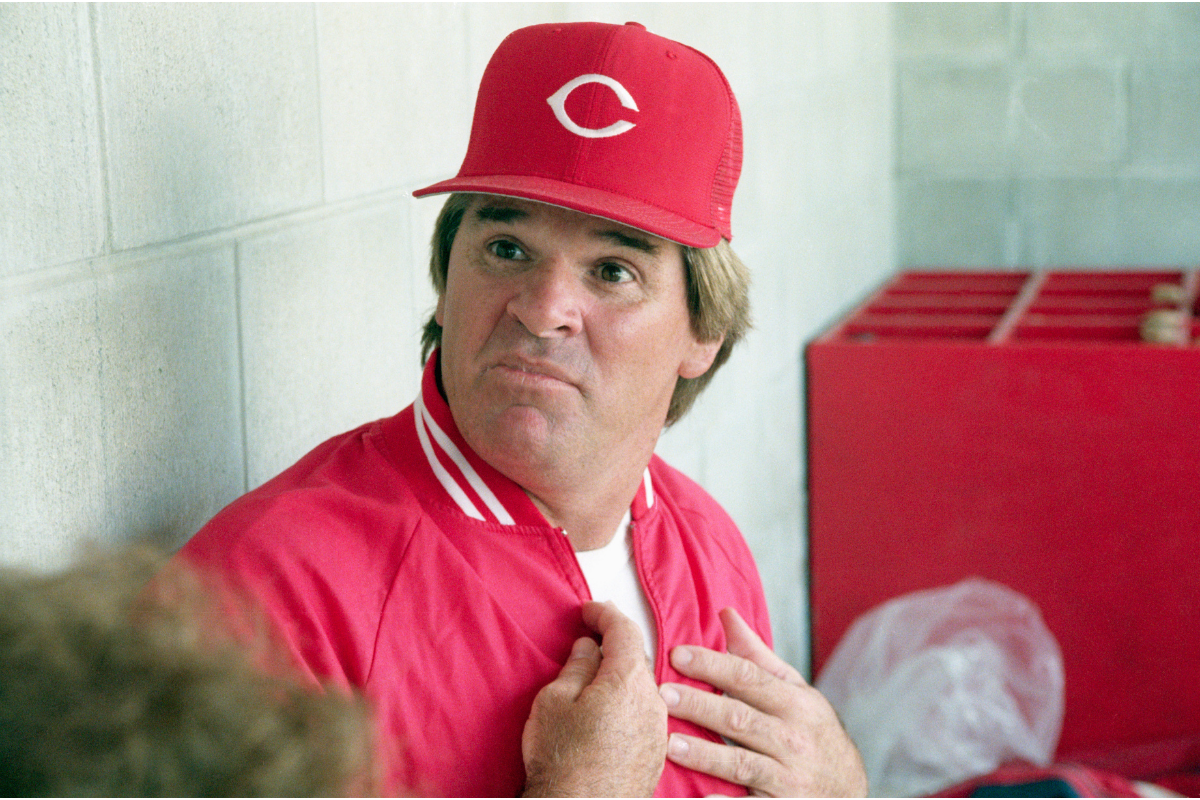 RELATED: Does Pete Rose Belong in the Hall of Fame? Absolutely.

A majority of Rose's current income likely comes from signing and selling autographs and memorabilia, which could net him as much as $100,000 per month.

Carol J. Woliung, Rose's second wife, claimed in 2018 the former player makes more than $1 million per year but still owes money to casinos and the IRS. He also owns a $300,000 Rolls Royce with a license plate that reads "HITKING".

It's hard to assess how much money Rose has gambled away during his lifetime, but we can take a look at some of his wild habits during his betting heyday.

In a 2001 story for Vanity Fair, a longtime friend of Rose's said the three-time World Series champion kept stacks of $10,000 hidden in the ceiling of his condominium, most likely emergency funds used for gambling purposes.

Rose admitted to gambling on Reds games every night as the club's manager on ESPN's The Dan Patrick Show in 2007 but claimed he always bet on his team to win. Either way, it was still very against baseball's written rules. 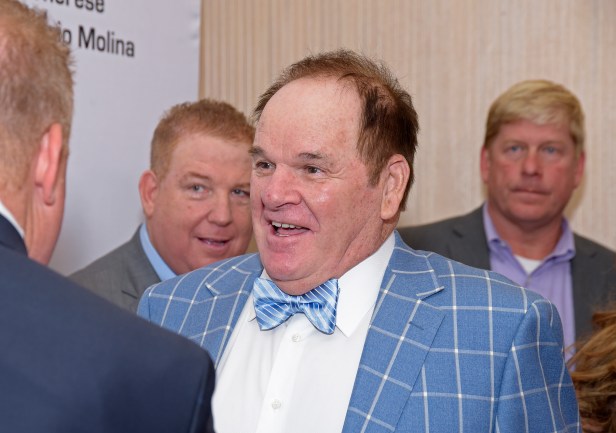 Rose took a broadcasting role with Fox Sports in 2015 as a color analyst but was fired from that position amid a statutory rape accusation in 2017. Rose filed a defamation suit against John Dowd for alleging he had sex with an underage girl in the 1970s.

Rose has also appeared in several WWE WrestleMania events as a guest ring announcer in the late 1990s and early 2000s. Plus, Rose was part of the WWE Hall of Fame Class of 2004, though it's unknown how much he netted from those appearances.

What is Pete Rose's Net Worth? 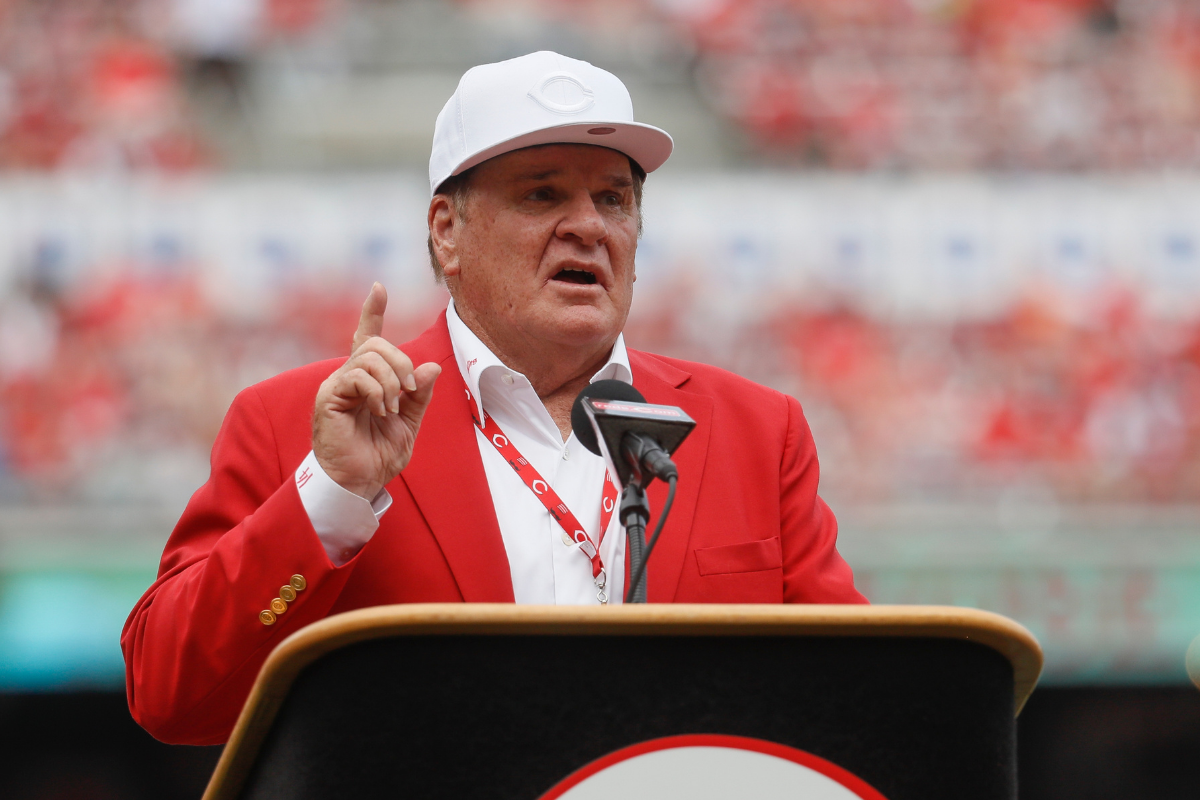 Rose has five children. He had two with first wife Karolyn Englehardt -- Pete Rose Jr. and Fawn --, two with Carol Woliug -- Tyler and Cara -- and got engaged to former Playboy model Kiana Kim.

Rose was also named the father of Morgan Erin Rubio in a 1978 paternity suit, the child of an extramarital affair. Rose and Kim even appeared on the TLC reality TV show in 2013, "Pete Rose: Hits & Mrs.," which didn't last long.

Rose's children may not be exactly set up financially how you would think based on their father's estimated net worth, though.

Pete Rose is worth an estimated $3 million today, according to Celebrity Net Worth.

Obviously, that figure is nothing to scoff at. But one can't help but think Rose, the all-time career hits leader and one of the most marketable professional baseball players during his era, should be worth more than that.