NFL Training Camp Preview: Everything You Forgot From the Long Offseason 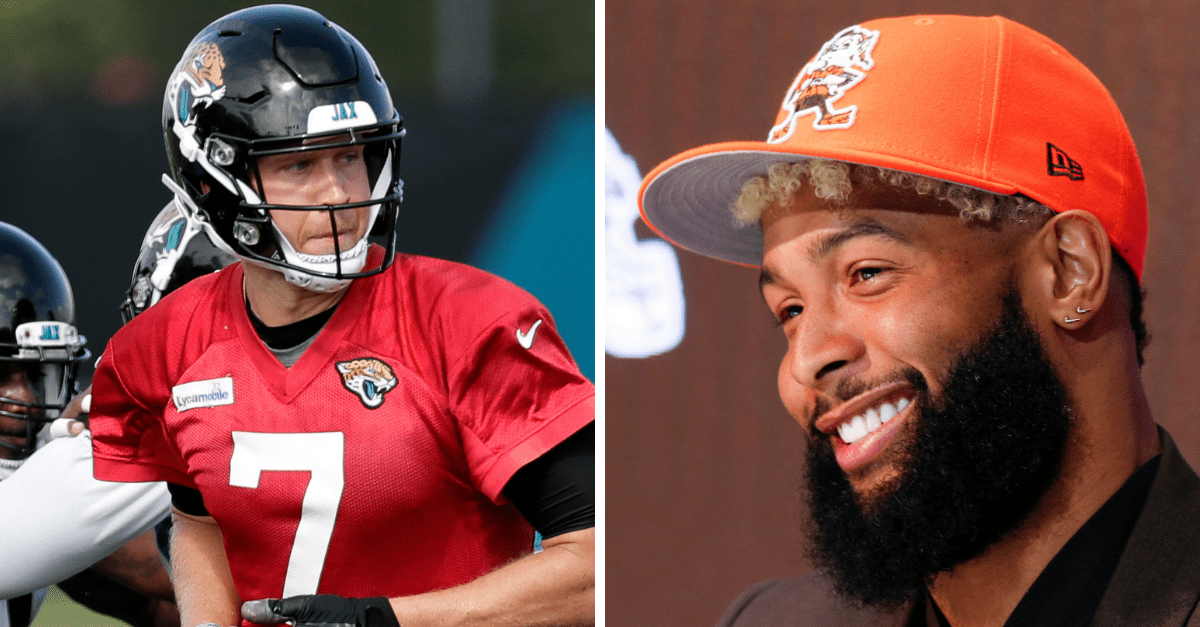 Until the NFL shortens its preseason, there will be one goal in late July and early August.

Unfortunately, nearly every team sustains significant injuries, some of which can be devastating for the regular season. Coaches and general managers will curse under their breath when they lose a key regular, then claim the “next man up” policy will take care of the problem.

Sometimes, they are right. Often, the swearing becomes more intense and louder.

As teams settle in at sweltering training camps this week, playbooks are distributed (digitally, of course), rookies and other youngsters try to catch the eye of decision makers, and fans wonder what their teams will look like in early September. And beyond.

Except, perhaps, in New England.

Some things to keep an eye on until the Packers and Bears kick off on Sept. 5 to open the league’s 100th season.

We’re not likely to see much of Patriots quarterback Tom Brady until opening day. We won’t see any of his buddy and standout tight end, Rob Gronkowski, whose battered body caused him to retire.

It’s a big blow for the soon-to-be 42-year-old Brady, who somehow manages to overcome such obstacles.

“Yeah, it’s the first time in a long time and he was such a great player for our team,” Brady says of Gronk. “I think like any season, things are different and we’re going to have to adjust differently and teams are going to play us differently without him. We’ve seen it even when he’s been on the team.

“That’s got to be a position of strength even if it’s not one player but multiple players doing different roles. There were times in my career before that where we had similar approaches. No one’s going to make any excuses for our offense, we’re going to do everything we can to be the best we can be, score every time we touch the ball, and the tight end position’s a big part of our offense and those guys are going to have to do a great job for us.”

Those guys include veteran Ben Watson, who also was ready for retirement before opting to come back to New England. But Gronk’s absence is the most critical difference for last season’s champions.

They got coffee, cut tape, lined the field, played the "Grim Reaper," even washed cars.

All NFL head coaches had to start somewhere. https://t.co/eGyCM5WMBX

Bruce Arians, Buccaneers ? One of two hires with previous head coaching experience (Adam Gase is the other), Arians is charged with developing the talent and instilling maturity in Jameis Winston. The quarterback never has lived up to his top overall draft pick status, but if anyone can push Winston toward elite status, it is QB whisperer Arians.

Brian Flores, Dolphins ? For a while, it looked as if Miami was ready to tank this season as it reorganizes from top to bottom. But this is not the worst roster in the league. Still, Flores has to prove a Belichick protege can succeed as a head coach.

Matt LaFleur, Packers ? Aaron Rodgers isn’t the easiest superstar passer to work with, so keep an eye on the transition in Cheesehead Land. The offense should be pretty good if A-Rod is healthy, so the biggest chore is upgrading a previously unreliable defense.

Zac Taylor, Bengals ? Good luck, Zac. The Bengals have the weakest talent group in the AFC North, with even their stars such as A.J. Green and Geno Atkins carrying big question marks. Of course, if Taylor ever wins one postseason game, he will have outdone Marvin Lewis.

Freddie Kitchens, Browns ? The idea here is that Kitchens, QB Baker Mayfield and wide receiver Odell Beckham Jr. will blend their skills and personalities to create a dynamic offense. And, yes, a winner on the shores of Lake Erie. Of all the new hires, Kitchens might be under the most pressure considering the ramped-up expectations in Cleveland ? and the potential for major disruptions.

Kliff Kingsbury, Cardinals ? Perhaps the strangest hire of this group because Kingsbury had a mediocre record at Texas Tech and was fired. But he specializes in the kind of offense top draftee Kyler Murray favors, and he is innovative. Kingsbury also is stuck with a weak roster.

Vic Fangio, Broncos ? A career assistant who has built strong defenses for years ? including in Chicago last season ? Fangio is the latest sideline boss hired by John Elway. He has some studs on D with Von Miller, Chris Harris Jr. and Bradley Chubb, so improvement is possible. Can the offense, with Joe Flacco behind center, do the same?

Adam Gase, Jets ? Developing Sam Darnold into the franchise QB the Jets believe he will become is Gase’s responsibility. While there’s been substantial turmoil in New York’s front office, the roster has been upgraded with the likes of RB Le’Veon Bell and LB C.J. Mosley. That gives Gase a chance to do what predecessor Todd Bowles could not: make the playoffs.

WHO ARE THOSE GUYS?

New addresses for veterans now with the Jets, Browns, Raiders, Broncos and Jaguars on offense could have huge impacts. Defensively, the Cowboys, Chiefs, Cardinals, Rams and Redskins made major moves.

Le’Veon Bell, Jets ? Bell will get plenty of work as a runner and receiver, and is critical to turning Darnold into a dangerous quarterback ? and the Jets into a contender.

Odell Beckham Jr., Browns ? If the histrionics and selfish attitude disappear, Beckham could link with Mayfield for the best pass-catch combination in football.

Joe Flacco, Broncos ? Flacco got hurt and lost his job to Lamar Jackson last year; he would have lost it eventually anyway. So Flacco gets a fresh start in the Rockies, but his receiving group is very questionable.

Nick Foles, Jaguars ? The most intriguing move of the offseason. Foles was perfect for Philadelphia’s offense, and the Jaguars want to be more of a running team. There is something special about Foles, though, so don’t doubt him.

Earl Thomas, Ravens ? Jerry Jones coveted this premier safety for years and didn’t get him for Cowboys. Baltimore gets a somewhat battered player who should become a leader in the secondary and locker room, and will never give less than his all.

Frank Clark and Tyrann Mathieu, Chiefs ? Had the Chiefs boasted any sort of defense in ’18, they probably would be NFL champions. Now, they can boast a little bit, with Clark supplying a pass rush and Mathieu playmaking everywhere.

Terrell Suggs, Cardinals ? This is likely Suggs’ last stop in a Hall of Fame-caliber career. He might get a lot of sacks, but the end game is the Cardinals won’t contend even if he does dominate blockers.

Eric Weddle, Rams ? Savvy and versatile, though a bit beyond his prime, Weddle joins an already stout defense that lost an important cog in safety Lamarcus Joyner.

Landon Collins, Redskins ? It was bad enough the Giants allowed their best defender to leave in free agency. Then he goes to a division rival, where he immediately is a huge upgrade. Collins should be very active in Washington ? especially when the Giants are the opponent.

WATCH: No Bromance Will Ever Be Stronger Than the Watt Brothers