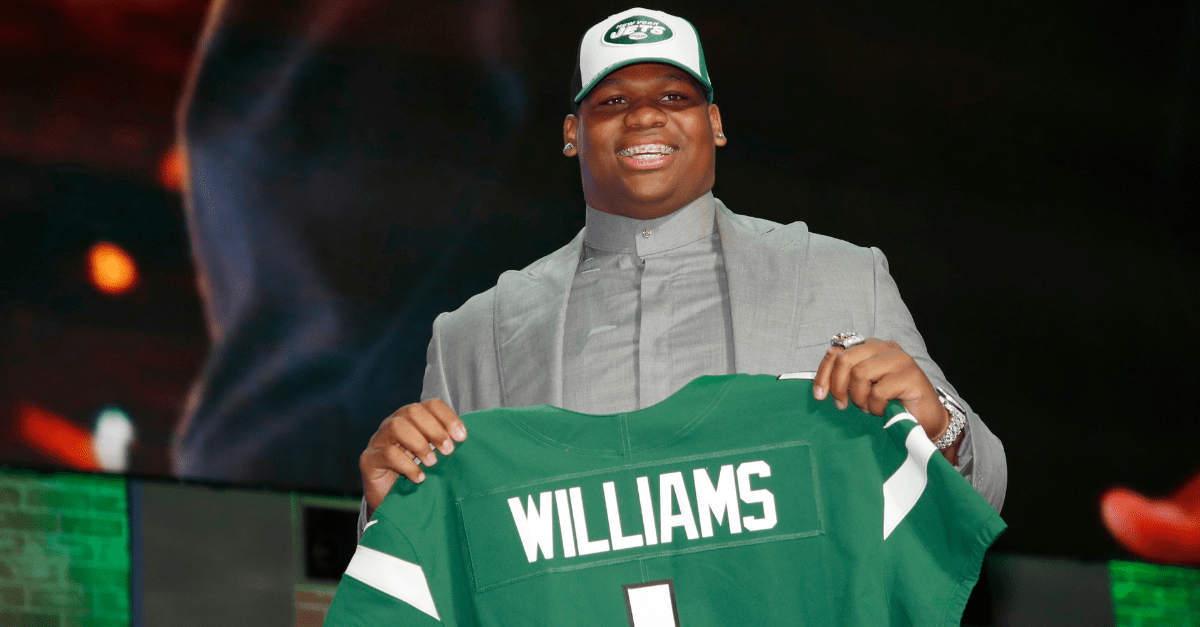 FLORHAM PARK, N.J. (AP) ? The New York Jets are setting up camp without their top rookie.

Defensive lineman Quinnen Williams, the No. 3 overall pick in April, remained unsigned Wednesday morning and was not among the players who arrived at the team’s training facility to report for training camp.

“This is part of the end of the draft process,” coach Adam Gase said. “When he’s ready, he’s ready. When they’re ready to get it done, whenever that happens, it happens. We’ll coach the guys that are here.”

What’s the holdup with the #Jets and No. 3 pick Quinnen Williams? My understanding is it comes down to a contract offer with a bonus payout schedule that’d cost Williams about $100,000. @nflnetwork pic.twitter.com/REg9ryb0e7

Williams is slotted to receive a four-year contract worth $32.6 million fully guaranteed, with a fifth-year team option. The sticking point appears to be the schedule of how the former Alabama star’s signing bonus ? about $21.7 million ? will be paid.

According to published reports, Williams would like to receive the entire sum by the end of the year, while the team and new general manager Joe Douglas are looking to defer some of it into next year.

The sides could still reach an agreement before the Jets hold their first camp practice Thursday morning. For now, though, Williams is the only Jets player to not report.

So, when would it be a concern if Williams isn’t signed?

“The playoffs,” Gase joked while managing a straight face.

The Jets were in a similar situation last year ? albeit with a different coach and general manager in charge? when quarterback Sam Darnold sat out the first three days of camp practices before signing his rookie deal.

Darnold, who won the starting job over Josh McCown last summer, didn’t think missing a little time on the field at the beginning of camp affected him negatively.

“Really, at the end of the day, those few practices ? really, a couple of practices ? I did miss, I don’t know how much of an impact that had on the season,” Darnold said.

Williams was limited during minicamp last month with a calf issue, but is expected to have a major role ? perhaps even as a starter ? in coordinator Gregg Williams’ defense this season when he rejoins his Jets teammates.

READ MORE: Will Cam Newton?s Surgically-Repaired Shoulder Be Ready for the Season?