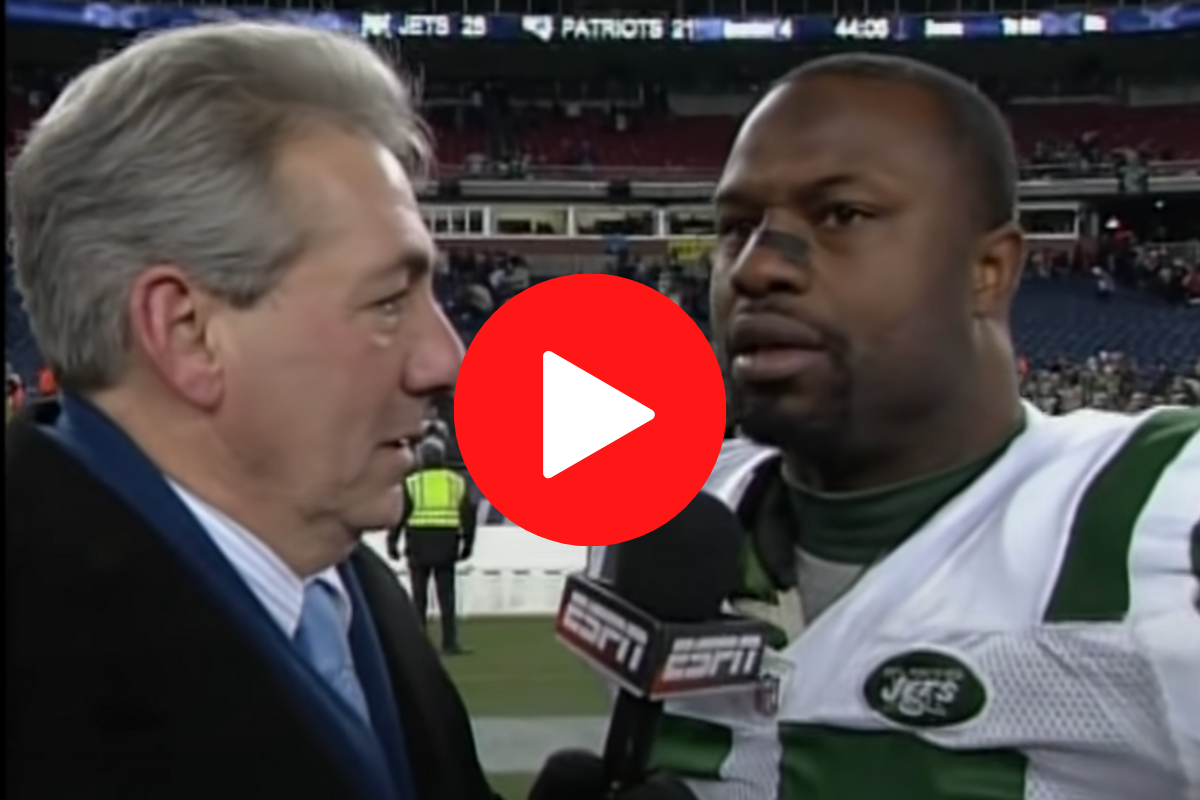 Former New York Jets linebacker Bart Scott felt the Jets were being disrespected ahead of their 2011 AFC Divisional Round matchup with the New England Patriots. The Jets had been demolished by the Patriots in their most recent regular-season matchup, losing 45-3.

Their poor performance in the regular season saw most pundits write them off as threats in the NFL Playoffs, yet to the surprise of everyone, the Jets handed the Pats a 28-21 loss to advance to the AFC Championship Game against the Pittsburgh Steelers.

No one was more thrilled than Scott, who gave a legendary postgame interview with ESPN’s Sal Paolantonio.

Scott didn’t even allow Sal Paolantonio to ask him a question, instantly calling out the “non-believers” including ESPN analyst Tom Jackson and former wide receiver Keyshawn Johnson, both of whom expressed their doubts about the Jets’ chances at upsetting Tom Brady and the Patriots.

It’s been more than a decade since the Jets’ defense led Mark Sanchez and Rex Ryan past their heated rivals. According to Newsday, Scott admitted he didn’t realize the impact the interview had until he arrived at the team’s training facility in Florham Park and people were quoting his comments back to him.

Scott took the opportunity to capitalize on his interview, trademarking the phrase “Can’t Wait” and trying to sell t-shirts.

Unfortunately, that game was the last time the Jets featured in the playoffs, and the team ultimately fell short of the Super Bowl after being defeated by the Steelers.

It was Scott’s third-consecutive AFC Championship defeat, having been thwarted by the Colts in the year prior. In 2009, before joining the Jets, Scott was a member of the Baltimore Ravens, who were also defeated in the AFC Championship game by the Steelers.

This post was originally published on January 29, 2021, but it’s still legendary today.