Monday Night Football features a matchup of two first-round quarterbacks selected in the 2021 NFL Draft, who last faced each other in the 2021 College Football Playoff National Championship. The Chicago Bears traded up to 11th to leap in front of the New England Patriots and grab Justin Fields of Ohio State, while the Patriots stayed put and selected Mac Jones from Alabama with the 15th pick.

You can see the difference in the stability of these respective franchises based on the early returns from their prized young QBs. Jones earned Pro Bowl honors as a rookie, throwing for 3,800 yards and leading the Patriots back to the playoffs; Fields struggled in his 12 games as a rookie starter, throwing just seven touchdowns compared with 10 interceptions. Now in their second year, both quarterbacks are working with new offensive coaches and have struggled early in the year. Fields has been asked to attack secondaries very little, attempting fewer than 20 passes per game, and the Bears are scoring the second fewest points in the NFL.

Jones was given the full keys to the Patriots playbook this year but has responded with performances below expectations, including five interceptions in just three games before being sidelined with an ankle injury. Rookie Bailey Zappe took the reins in Jones' absence and led the Patriots to two straight victories. Now as Jones returns, he looks to keep that momentum going with a renewed focus on taking care of the ball.

Fields is hoping to create a winning mindset in Chicago, which has struggled in crunch time and lost three straight one-possession games

So who will prevail? Here is the "best bet" for this matchup along with a few prop bets to put some extra money in your pocket. 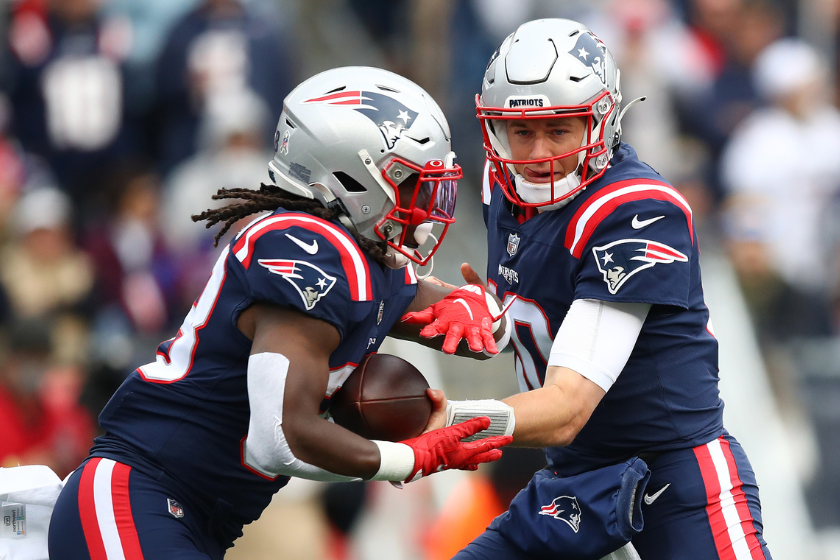 Time to bet it all on the home team on Monday Night and feel great about it. Regardless of who is under center for New England, this is really about two things: the New England defense and the Chicago offense.

Over the past several contests, we have started to see the same Patriots defense that dominated chunks of the 2021 season. First, it was a shutout at home against the then-top-rated Lions offense, complete with six fourth-down stops. Last week, New England's run defense put together a fantastic performance against the Browns, the No. 1 rushing team in the league. Tonight, they face the league's No. 2 rushing attack in Chicago, and I expect them to use the exact same game plan they did to stop Cleveland, with similar results.

Matt Judon is one of the best edge players in the NFL, tied for second in the league in sacks while playing stout against the run. Jalen Mills and the secondary, complete with two rookie corners, are quietly putting together a great season led by the emergence of hard-hitting safety Kyle Dugger. This New England defense is just too talented and too versatile for the Bears to just try to run the ball all over them.

And that brings us to reason No. 2, which is that the Bears will still try to just run the ball nearly every play, even if it isn't working. Fields has the fewest passing attempts by an every-game starter since before the fall of the Soviet Union. I don't think this is the week they will be tearing down that wall.

Fields will be handing the ball off into consistent seven- and eight-man fronts, and the Patriots will use all their edge resources to contain Fields in the pocket to limit his ability to make a big play. Look for Judon and company to add several more sacks to their stat sheet when he does drop back, but Chicago's predictable approach on offense plays directly into the Patriots' hands.

New England has started to get their ground game rolling and will wash over the Bears 27-9 for their third straight win against an opponent from the Great Lakes, all by more than two scores. Come get your money and bet on the Pats. Boom! 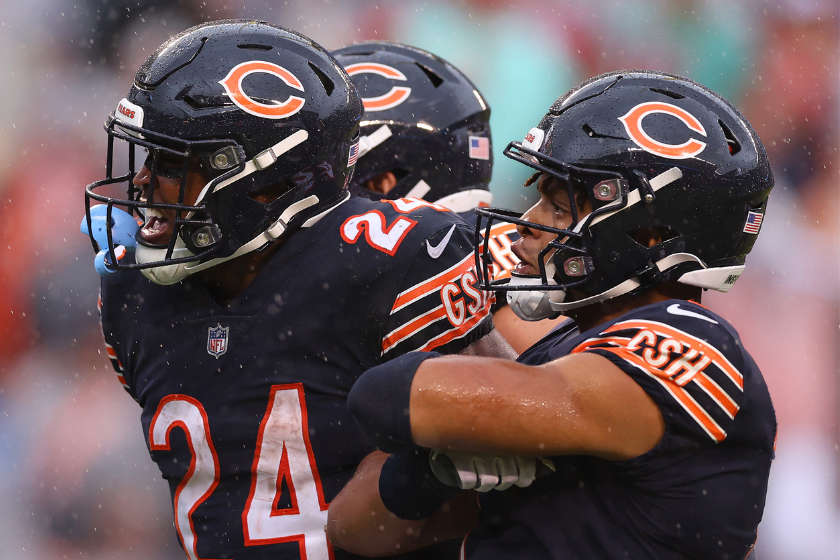 RELATED: The "Super Bowl Shuffle" Made the 1985 Bears Larger Than Life

1. Hunter Henry to score a TD (+300): Let's go big right away with our top prop. Tight end Hunter Henry got on the board with his first touchdown of the year in Week 6. He is getting more involved in the offense after off-season shoulder surgery, playing 97% of the snaps last week. Henry had nine touchdowns last year, so a prop paying 3-to-1 is just too much value to pass up for a legitimate red zone threat, regardless of who throws the pass to him.

2. Justin Fields under 44.5 rushing yards (-115): Coach Bill Belichick spent eight minutes in a press conference complimenting the Bears this week and then compared Fields to QBs Kyler Murray and Lamar Jackson as a runner. He even broke down Bears game tape where Fields escapes the pocket for major running plays. Unlike the other quarterbacks mentioned above, Fields doesn't take off on too many designed runs, and I promise you with everything inside me that all the Patriots have heard this week is about rush lane discipline, containing the edge and keeping the quarterback in front of you. A Belichick-coached team will not allow Fields to dictate the game by scrambling for extra yards. This is about as close of a lock as you can get.

3. Khalil Herbert under 31.5 rushing yards (-115): This yardage total is a little inflated to me. David Montgomery is the clear lead back for the Bears; and coming off a long week (the Bears last played 11 days ago), he should be well-rested to take most of the backfield touches. While Herbert has played well filling in for Montgomery -- and has passed this rushing total in five of his six games -- most of it has come when Montgomery hasn't been healthy. Excluding Herbert's 63-yard burst against Washington, he only had six carries for 11 yards. The Patriots pride themselves on eliminating the big play, so it should be hard for Herbert to get the number of touches required to hit the over. Be ahead of the curve here and take the money Vegas is giving you by going with the under on Herbert here.

MORE: The "Super Bowl Shuffle" Made the 1985 Bears Larger Than Life