Texans Coach Swearing at Heckling Fans Sums Up His Tenure 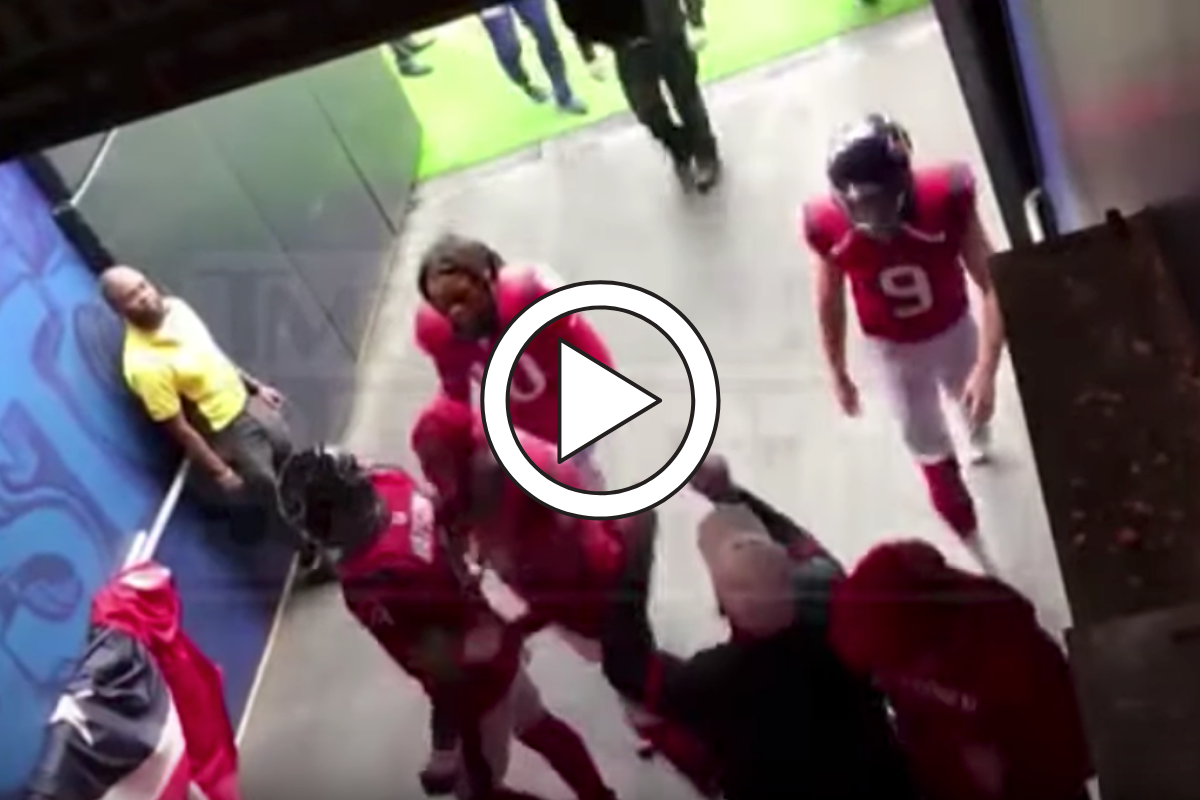 Houston Texans head coach Bill O’Brien is a football guy. I was a student at Penn State when the former New England Patriots offensive coordinator replaced Joe Paterno as head coach after the infamous Jerry Sandusky scandal. Players were leaving, boosters were fleeing, and no one thought the Nittany Lions would compete.

All O’Brien did was guide PSU to an 8-4 record, win Coach of the Year awards from the Big Ten, ESPN, and Maxwell Football Club, and prove he could handle anything. The Texans hired O’Brien in 2014, and he’s led the franchise to four AFC South division titles in six seasons.

O’Brien’s no-nonsense style in professional football is why he’s successful, but his passion and fire for the game can get the worst of him, and it was all captured on camera.

TMZ Sports obtained footage of O’Brien losing his mind at a heckler in the 2019 season. Houston gave up 38 points in a home loss to the Denver Broncos, and the frustration of that day boiled over when a simple “You suck!” rained down from a heckler in the stands.

O’Brien responded, but the expletive-laced rant he returned was anything but calm.

O’Brien was ushered towards the locker room by All-Pro wide receiver DeAndre Hopkins and quarterback Deshaun Watson before several Houston assistants ran down the tunnel at NRG Stadium to calm him down. Even when he’s off camera, you can still hear the fiery 50-year-old going ballistic.

The Texans would close the regular season with two wins in three games, outpace the Tennessee Titans to capture the AFC South, and defeat the Buffalo Bills in the Wild Card round of the NFL Playoffs. This video came to light just days before Houston travels to Arrowhead Stadium for a Divisional Round matchup with Patrick Mahomes and the Kansas City Chiefs.

O’Brien seems to operate with his heart as much as his head, which doesn’t necessarily make him the most likable guy in Houston, Texas.

This article was originally published January 10, 2020.

Texans fired HC and GM Bill O’Brien, per @DanGrazianoESPN and me.

UPDATE (October 5, 2020): Less than a year after Texans owner Cal McNair appointed O’Brien to the role of general manager and head coach, he has been fired, per ESPN‘s Adam Schefter.

The Texans began the 2020 season 0-4 after losses to the Kansas City Chiefs, Baltimore Ravens, Pittsburgh Steelers and Minnesota Vikings. The playoff game collapse against the Chiefs last year (in which they blew a 24-0 lead to Patrick Mahomes) certainly didn’t help his case.

Something tells me the video above isn’t the last time O’Brien will be cursing.

MORE: J.J. Watt’s Net Worth Isn’t Bigger Than His Heart, But It’s Close