The Birmingham Raiders? The City Wants the NFL to Move to Alabama 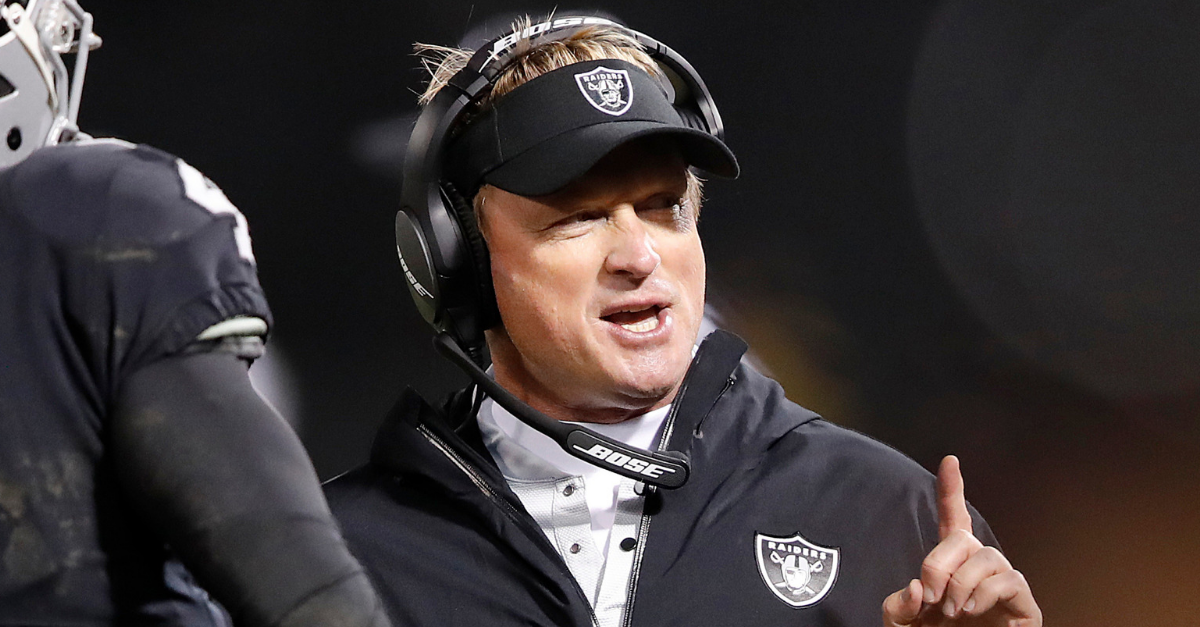 The Birmingham Raiders?  That could be a real possibility. The Birmingham, Alabama city council is considering asking the Oakland Raiders if they would like to play in the Old Grey Lady, Legion Field.

Now, some may giggle at this, but the Raiders need a home. The NFL approved them to move to Las Vegas, but it looks like the stadium isn?t done yet for the upcoming season. So what is a team to do?

How embarrassing is it for a major NFL franchise to not have a stadium to play in next season? The Raiders are scrambling to find a place to play and Birmingham, along with San Francisco and Oakland, is on the table.

San Francisco mayor @LondonBreed is not rolling out the welcome mat for the Oakland Raiders to play at Oracle Park.

"As far as I'm concerned, the Oakland Raiders should play in Oakland," she told @MibachKTVU https://t.co/dn5DBZ5J45 pic.twitter.com/G7QMbnYwqj

RELATED: Where Should the Homeless Raiders Play in 2019? Here Are Some Options

Birmingham Councilman William Parker made a compelling argument as to why the Raiders should move to Birmingham.

?The fans in Alabama love football. Obviously, the people in San Francisco and Oakland don?t want them and there?s a fan base here for the Raiders,? Parker said, adding that he ?got calls from a lot of citizens saying they?ve been Raiders fans since they were kids.?

And he is right. If you look at the ratings numbers during the football season, Birmingham, Alabama is one of the top markets in the country, and it?s not just for college football.

If the Raiders need further proof, the opening of the Alliance of American Football was a HUGE hit in Birmingham. The Alliance awarded Birmingham a franchise several months ago and it looks like it’s paying off.

You were loud. We were dominant. Sunday was fun.

Although the announced attendance at the first Birmingham Iron game was just under 20,000, several reports are that it was closer to 30,000 people. Not bad for an unknown product.

The ironic thing is the new team has the Raiders colors and if you watched the game Sunday, they play like the old Oakland Raiders played on defense.

Birmingham calls itself ?The Football Capital of the South? and used to host Alabama games, the SEC Championship Game, the SWAC Championship game, and several other events.

Although it might be a pipe dream for the Raiders to play their games in Birmingham, at this point, if the Raiders don?t end up back in the Bay Area, Legion Field might be the only real option left.