Who is Booger McFarland’s Wife? 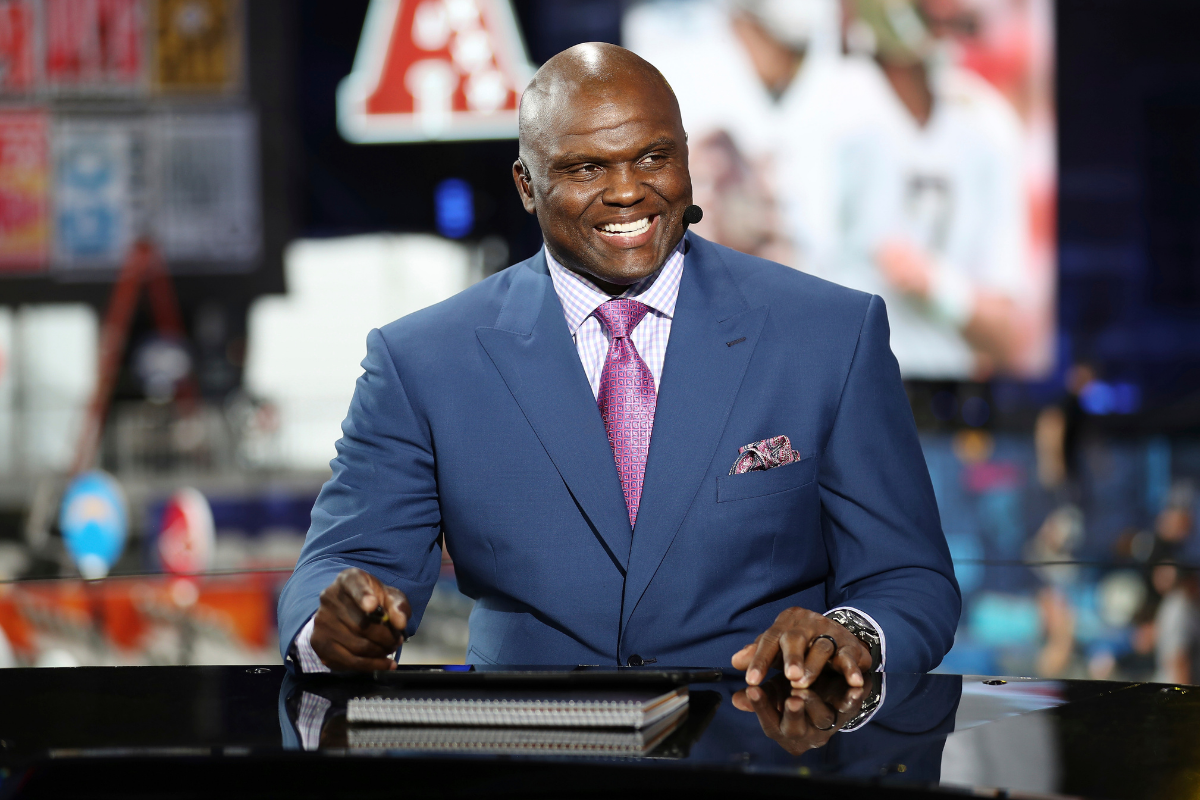 While Booger McFarland is best known for his role as an analyst on ESPN’s Monday Night Football, the broadcaster had quite the NFL career in the past, having starred as a defensive tackle for nine years.

Many NFL fans aren’t crazy about Booger’s takes on the air (or his NSFW accidental drawings), but the Super Bowl champ has one die-hard supporter in his pocket, his loving wife Tammie McFarland. So, who is Booger’s wife?

RELATED: Kirk Cousins Married a School Teacher and Had 2 Kids

Anthony Darelle McFarland (yes, he wasn’t born “Booger”) has been married to his wife Tammie McFarland since 2008. The couple have two children together, daughter Alexis and son Jacob.

The pair are believed to have met through football, as one of Booger’s former LSU college football teammates, Anthony Skinner, is reportedly married to Tammie’s cousin. While Booger is constantly in the spotlight as a football analyst, he has managed to keep his personal life under wraps, so not much is known in regards to his relationship.

There aren’t even pictures of the two of them on his Instagram profile.

Anthony McFarland grew up in Winnsboro, Louisiana, and earned his nickname of Booger due to his naughty behavior as a child. He attended Winnsboro High School where he starred as a football player, earning an athletic scholarship to Louisiana State University.

While a member of the LSU Tigers football team, McFarland helped the team win two Independence Bowls in 1995 and 1997, as well as the 1996 Peach Bowl. He earned First-Team All-SEC honors and was an All-American.

After a successful college career, Booger declared for the 1999 NFL Draft where he was selected as a first round pick by the Tampa Bay Buccaneers. Across his career, Booger earned two Super Bowl rings, including Super Bowl XLI with the Indianapolis Colts, defeating the Chicago Bears, and Super Bowl XXXVII with the Bucs whom defeated the Raiders.

His football career ended early after the DT suffered a knee injury in the 2007 offseason during training camp. Across his career as a footballer, Booger racked up 22.5 sacks and four forced fumbles.

Following his playing days in the National Football League, Booger worked as a co-host on a CBS radio station, working on a radio show alongside Marc Ryan. He then joined the SEC Network as a football analyst and appeared as a part-time guest analyst on the popular ESPN show “Mike & Mike.”

The former NFL player then joined the Monday Night Football booth as a commentator alongside Jason Witten and Joe Tessitore. He was even given a private, mobile booth, the Booger Mobile, which was on field level. The booth received significant backlash from fans, and was even known to obstruct the view of those in attendance of games, and thus was short-lived.

While Booger’s NFL career lacked longevity, he still managed to pocket a hefty sum from his playing days and continues to earn solid pay as an analyst.

According to Celebrity Net Worth, Booger boasts an estimated net worth of $9 million and earns $2 million per year from ESPN for his work as an analyst and his social media presence, with the handle @ESPNBooger.