Boomer Esiason enjoyed a sensational career in the NFL, spending 10 seasons of his 14-year career as a member of the Cincinnati Bengals.

The retired American football quarterback stepped into the broadcast booth as a football analyst and color commentator for CBS Sports after his playing career concluded.

While Esiason has kept his personal life under wraps, for the most part, he's had the support of his loving wife Cheryl Esiason throughout his career. 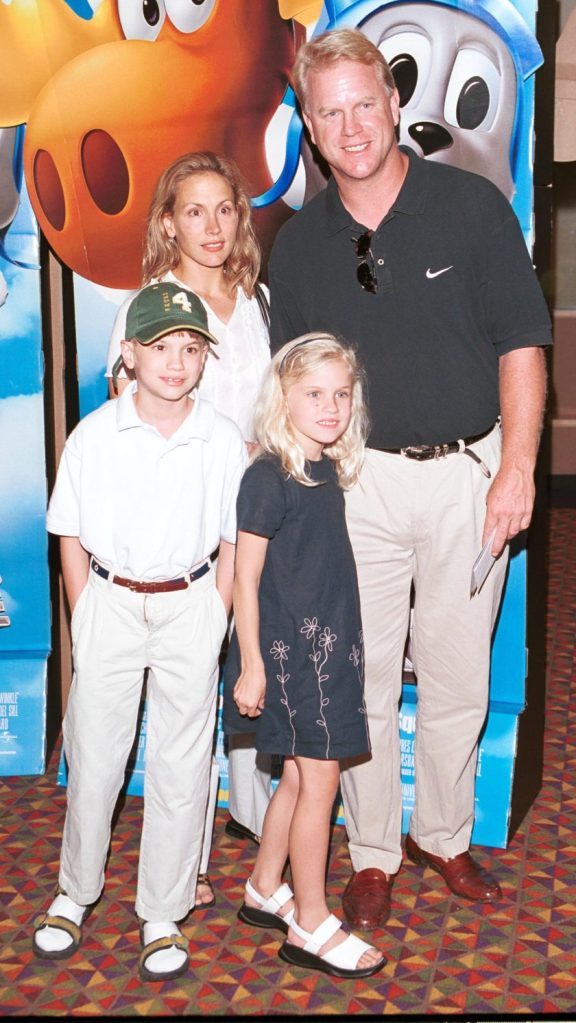 Norman Julius "Boomer" Esiason is married to Cheryl Esiason, who was formerly Cheryl Hyde. The pair tied the knot in 1986 and have been together ever since. Boomer's best man in the wedding? None other than former NFL quarterback Frank Reich, who was Boomer's college roommate at Maryland.

The couple have two children together, daughter Sydney and son Gunnar Esiason.

Gunnar Esiason was diagnosed with cystic fibrosis at the age of 2, prompting the family to found the Boomer Esiason Foundation (BEF), which aims to fund research to find the cure for cystic fibrosis and provide an improved quality of life for those battling the ailment.

Cheryl is the co-founder and co-chairman of the foundation, which receives a four-star grade from Charity Navigator each year.

Gunnar is a graduate of Boston College and played hockey in Manhasset. Additionally, he is the creator of a popular blog and podcast.

Sydney, on the other hand, is married to New York Islanders player Matt Martin.

Additionally, Boomer is a grandfather of two. Sydney and Matt had a daughter who turned 1 in July 2021 and Gunnar and his wife welcomed a son in December 2021. 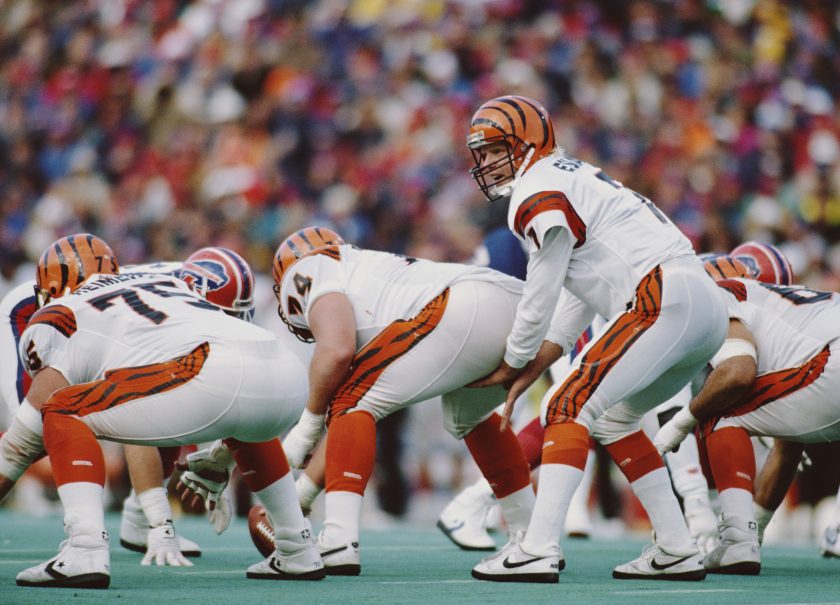 Boomer Esiason was born in West Islip, New York and attended East Islip High School. He impressed as a football player and earned a spot on the football team at the University of Maryland.

Esiason spent three seasons with the Terps and graduated in 1984. His most notable moment with Maryland was when he led a comeback victory against North Carolina in the ACC Title Game. He was honored with the Distinguished Alumnus Award from the university in 1999.

Esiason was drafted by the Cincinnati Bengals in the second round of the 1984 NFL Draft and made his professional debut against the Houston Oilers. He would spend 10 seasons with the Bengals, earning four trips to the Pro Bowl and winning MVP in 1988 after leading the Bengals to a 12-4 record while throwing 28 touchdowns and 14 interceptions.

The Bengals would reach the Super Bowl that year, but were defeated by the 49ers.

In 1993, Boomer joined the New York Jets, where he'd play three seasons but never made the playoffs. He latched on with the Arizona Cardinals in 1996 before re-joining the Bengals in 1997 for his final season in the National Football League.

Boomer is known as one of the best left-handed quarterbacks in NFL history, though he was never inducted into the Hall of Fame. 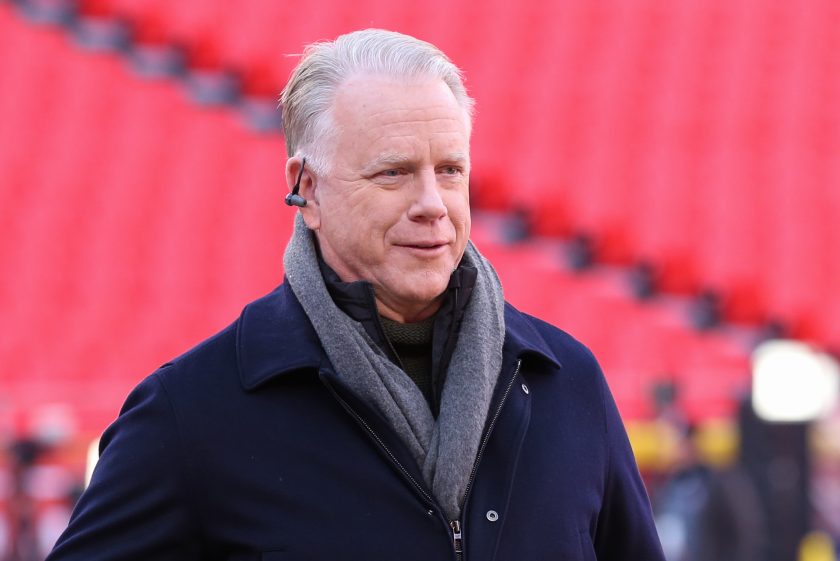 Following his 14 years in the NFL, Boomer Esiason stepped into the booth as a sports analyst, working with various networks such as WFAN, HBO, CBS Sports, Westwood One and ABC.

Esiason is the host of "Boomer and Gio" radio program on WFAN in New York, and features on "The NFL Today" for CBS. He also co-hosted "Boomer and Carton" on WFAN until his co-host, Craig Carton was arrested for his involvement in a ponzi scheme.

As an analyst for Westwood One, Boomer would feature on the network's "Monday Night Football" coverage.

Esiason has also been featured in movies and TV show, including "Blue Bloods," "The Game Plan" and "Spin City." 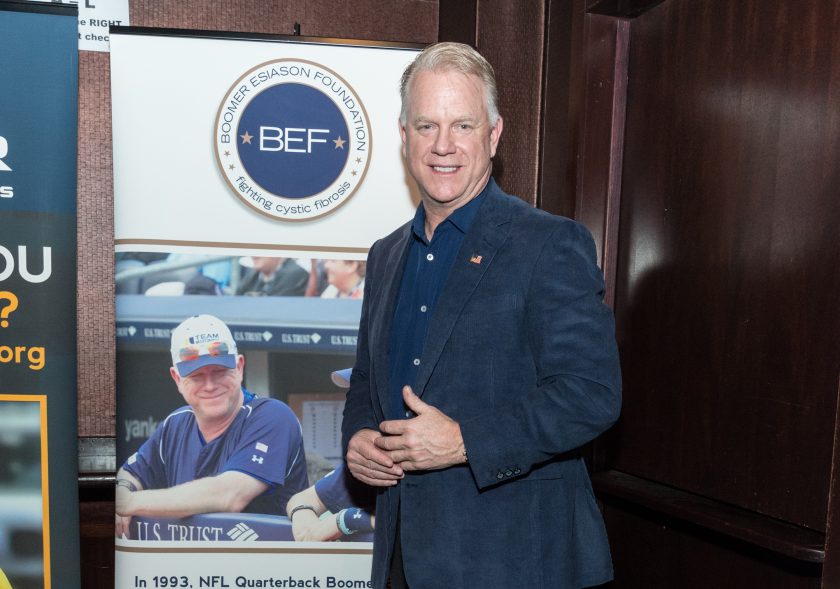 Boomer Esiason has made a pretty penny from his career in football and broadcasting.

According to Celebrity Net Worth, Esiason boasts an estimated net worth of $20 million.

MORE: Joe Burrow and His Girlfriend Are The NFL's Next Power Couple