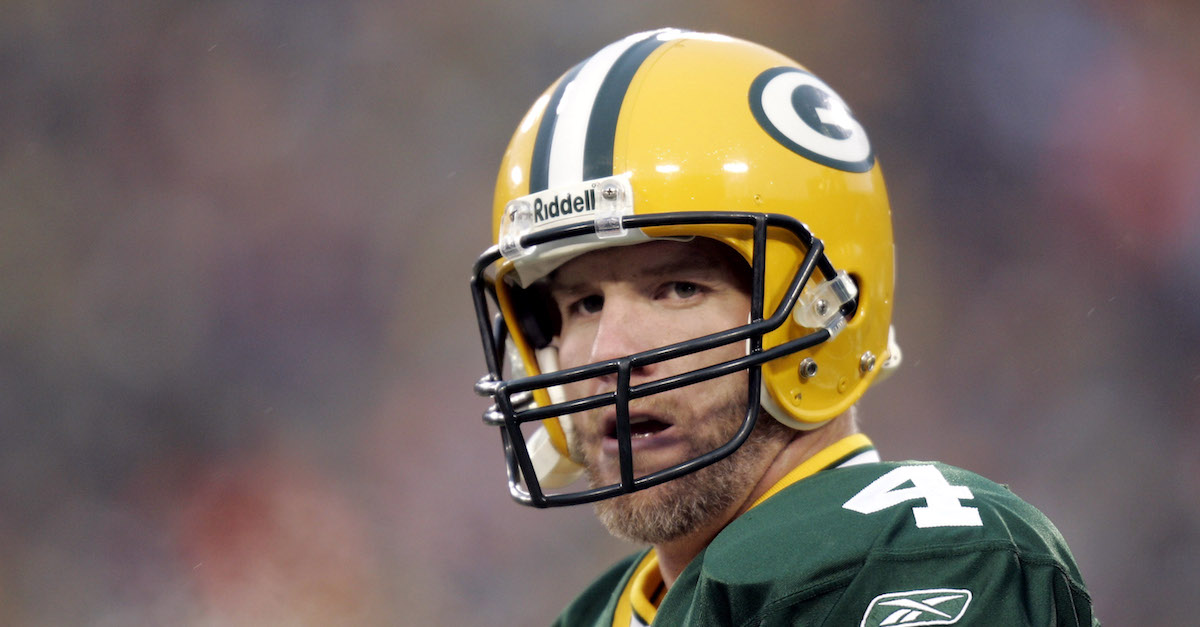 Mike Ehrmann/Getty Images
Quarterback Brett Favre of the Green Bay Packers during the first round playoff game against the Minnesota Vikings at Lambeau Field in Green Bay, Wisconsin on January 9, 2004. The Vikings beat the Packers 31-17 to advance to the second round of the playoffs against the Philadelphia Eagles. (Photo by Mike Ehrmann/Getty Images

After dealing with plenty of his own injuries over his NFL career, Hall of Famer Brett Favre is now turning his attention to the next generation — specifically his own family.

While speaking in an interview with CNN, Favre acknowledged suffering a handful of concussions over his career and how he may not feel the repercussions of those head injuries until years down the road.

Favre talked about being afraid for his future, how injuries on the field could be life threatening. he also noted he’s not going to encourage his grandchildren to play football.

What he said next was horrifying, per Big Lead:

I?m able to function the way I so choose, at least up to this point. I stay active. ? Tomorrow may be totally different. Tomorrow I may not remember who I am, I may not know where I live, and that?s the frightening thing for us football players.?

When posed with how he’d change the game and make it safer for the next generation, Favre was straightforward.

?How do you make the game safer? You don?t play.?

Maybe we’ll just have robots playing “football” in 10-15 years. Who knows what happens for the next generation.

It’s plays like this one, which remind us why Favre and so many others are staying far away from football.