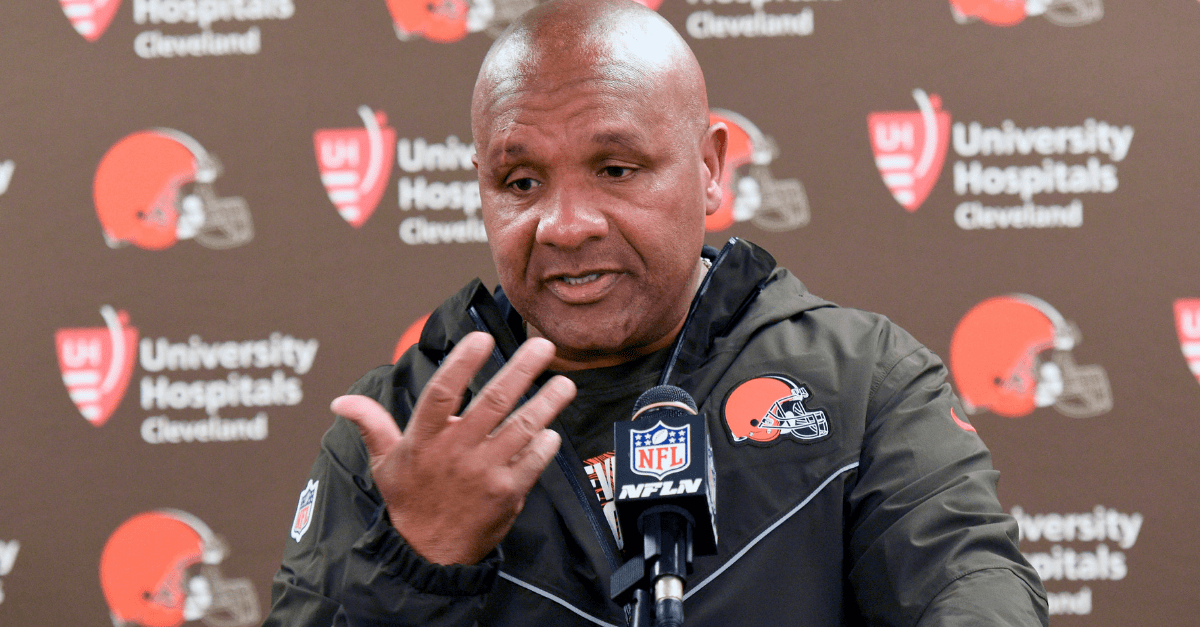 The Browns may have unlocked the Bud Light Victory Fridge‘s earlier this season, but at 2-5-1 through the first half of the NFL season, the team’s front office has finally had enough losing and has fired 53-year-old head coach Hue Jackson. Not to be outdone, Cleveland then fired their offensive coordinator Todd Haley the very same morning.

First reported by ESPN’s Adam Schefter, the organization fired Jackson after dropping their third-straight game, 33-18, against the Pittsburgh Steelers on Sunday. Cleveland will be obligated to payout the remainder of Jackson’s contract through next season.

Hue Jackson had this and next year remaining on his contract. So the Browns will be contractually obligated to him through 2019 season. But Cleveland is now back in the HC market.

Of the 219 head coaches in NFL history, Hue Jackson’s 11-44-1 career record with the Oakland Raiders and now the last three seasons in Cleveland, and his subsequent .205 winning percentage from those stints, ranks him 218th on the all-time list.

Jackson is considered an offensive coach by trade, having been an offensive coordinator or offensive position coach with the Washington Redskins, Cincinnati Bengals, Atlanta Falcons, Baltimore Ravens and Oakland Raiders. It’s interesting to note that Jackson has never spent more than three years in any one position dating back to his time as a graduate assistant at the University of the Pacific in 1987.

Jackson was hired by Cleveland as head coach one year after he was named the Pro Football Writers of America’s Assistant Coach of the Year in 2015 when his Bengals’ offense finished seventh in the NFL in scoring, and the team went 12-4 on their way to an AFC North division title.

Since then, things spiraled out of control, led to a weird plunge into Lake Erie, and culminated with Jackson finally getting the boot by Cleveland.

Firing Jackson made sense, but firing Todd Haley, the man who made Cleveland the league’s fourth-best rushing offense this season? This makes no sense whatsoever.

The team will likely be handed to defensive coordinator Gregg Williams, who is the only coordinator left in Cleveland with a massive hill to climb in 2018. It’s obvious the team’s general manager John Dorsey and owner Jimmy Haslam are tired of the losing and are moving on in their search for the next Browns head coach.

Jackson is an offensive coach, and the insight into his locker room and team atmosphere during this year’s series of HBO’s Hard Knocks proved what everyone knew: Hue Jackson is not an NFL-level head coach. Apparently, Cleveland didn’t think Todd Haley was either.