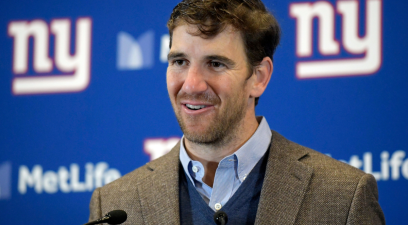 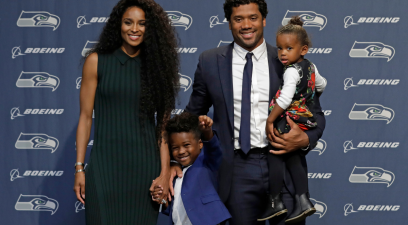 It’s not every day you see a 6-foot-6 dude who weighs 300 pounds scrapping with someone at the Walmart check-out line. Sure, we’ve seen some crazy things (like this insane wrestling match) happen at the superstore over the years.

But a dude the size of an NFL offensive tackle getting knocked out while bystanders wait to have their groceries bagged? Simply wild.

In fact, a clip of a massive dude getting the snot beat out of him made its rounds on social media because everyone thought he was a former NFL left tackle.

Was taken to hospital with a broken jaw.

This Walmart fight is objectively crazy. This big guy in the green antagonizes another shopper into throwing fists, and all hell breaks loose in the store.

The much smaller man lays into him punch after punch. One right hook sends the “NFL player” into a self-checkout register. Another blow sends all 300-something pounds of him to the ground.

Finally, a heroic woman is able to stop this bloodbath of a fight that probably happened at 2 p.m. on a Tuesday afternoon.

In a tweet that went viral, a user named “Raider Albert” jokingly posted the video with the caption:

The only problem? That wasn’t Bruce Campbell, the offensive lineman who spent time with the Oakland Raiders, Carolina Panthers and New York Jets.

This tweet from a troll account which was joking started this whole thing. If you look at the original video which he quote tweeted, there’s no reference to Bruce. https://t.co/kyavh0vlUE

It sure looked like a former NFL player, though. Numerous websites ran with headlines saying Campbell was the perpetrator in the fight. The former Raiders player’s name was everywhere on social media.

There’s no denying that the man in the viral video of the Walmart fight is a large human being. I don’t know who he is, but it’s not former Oakland Raiders’ Bruce Campbell.