There are some things that just don't add up about the one-year suspension of Atlanta Falcons wide receiver Calvin Ridley for gambling on football.

Unless the NFL has a bigger plan in mind.

Or if they know about something bigger behind the scenes.

In other words, Miami Dolphins owner Stephen Ross might be in big trouble if Ridley is really out for all of the next season. That's particularly the case after Ridley claimed on social media to have only bet $1,500 on games last season after he was already away from the team and not playing.

Likewise, hopefully the rumors about the FBI doing background checks on threats against Ridley are exactly that, a rumor of a threat that has nothing to do with larger issues related to gambling. In November, two sources indicated that Ridley was one of several athletes across multiple sports in Atlanta who were being targeted by criminals for break-ins and other threats.

Either way, a horrible offseason for the NFL just got a whole lot worse Monday when the league announced that Ridley would be out for the entire 2022 season because he gambled on games. The league was very clear to say that Ridley only gambled after he had left the Falcons five games into the season because of "mental health" issues.

Calvin Ridley Suspended From NFL For One Year For Gambling 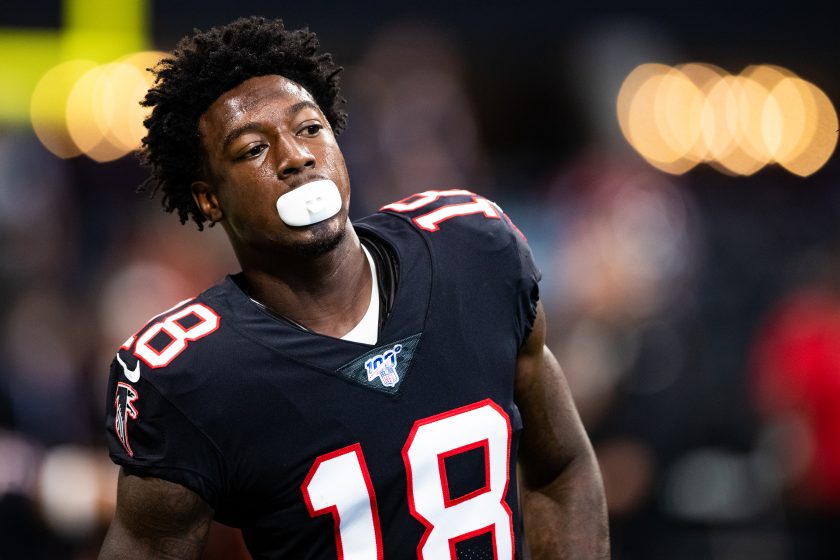 The league also said in its release that Ridley had not used any inside information (such as game plans or injury information) and that no players, executives or coaches from Atlanta were aware of his gambling.

Shortly after the announcement, Ridley fired back on social media to say that he had only gambled a total of $1,500 and didn't have a gambling problem. While that may sound like a fair amount to normal folks, Ridley was scheduled to make $11 million last season. That makes his $1,500 in wagers the rough equivalent of someone who makes $110,000 betting $15.

I bet 1500 total I don?t have a gambling problem

I know I was wrong But I?m getting 1 year lol

Of course, gambling is gambling and hits at the most essential ingredient as of integrity in sports. This stance has been no different from 1919, when the Chicago White Sox were embroiled in scandal, to now. That said, NFL Commissioner Roger Goodell's accompanying statement with the Ridley news was somewhat laughable considering current events.

"There is nothing more fundamental to the NFL's success -- and to the reputation of everyone associated with our league -- than upholding the integrity of the game," NFL commissioner Roger Goodell wrote in a letter to Ridley notifying him of his suspension. "This is the responsibility of every player, coach, owner, game official, and anyone else employed in the league. Your actions put the integrity of the game at risk, threatened to damage public confidence in professional football, and potentially undermined the reputations of your fellow players throughout the NFL.

"For decades, gambling on NFL games has been considered among the most significant violations of league policy warranting the most substantial sanction. In your case, I acknowledge and commend you for your promptly reporting for an interview, and for admitting your actions."

That statement from Goodell would be meaningful if it has real teeth. Sadly, the failure to investigate Dallas in the aftermath of its recent scandal involving former PR man Rich Dalrymple shows the impotence of the league. Likewise, the ham-fisted effort to keep Washington investigation under wraps by not having a written report was awful.

Finally, the league has so far tip-toed around the subject of whether Ross instructed former head coach Brian Flores to lose games in 2019, as Flores has claimed in a lawsuit. If true, Ross would make Ridley's suspension look like child's play.

Roger Goodell's Suspension of Ridley May Be Right 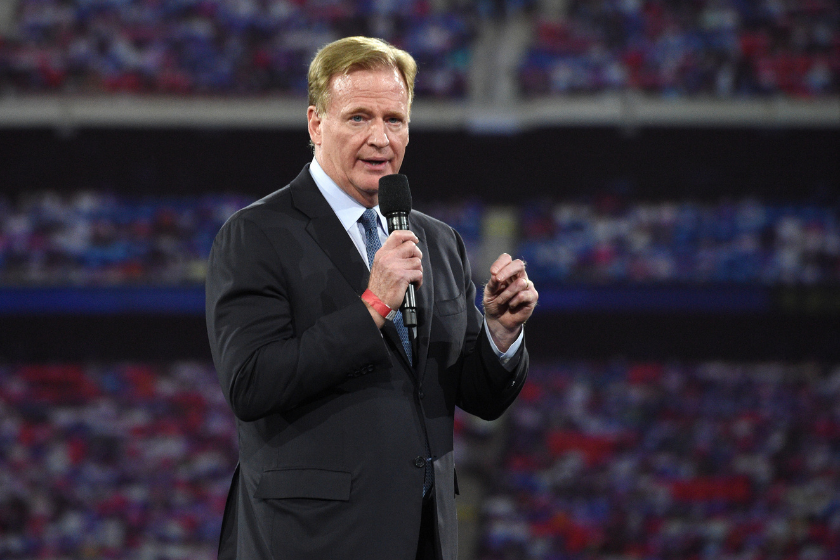 Maybe that's Goodell's point in taking a harsh stance on Ridley. If he can ban a player for gambling when he's not even around the team or playing, what can Goodell do to Ross? If that's the plan, then Goodell is truly on the right path to maintaining the integrity of the NFL.

Or at least he would be close to getting back on the right path.

That's because when it comes to policing the players, Goodell is more than happy to lay down the law. When it comes to policing the conduct of owners who are supposed to set the tone for the business, that's another matter. Goodell constantly and consistently caves to the men who are his bosses, even though he has the juice to do whatever he wants.

Goodell hasn't just made the owners richer than they have ever been with his years of media deals and negotiations with the players, he has made himself so rich himself that he can pretty much tell the owners whatever he wants. Between 2019 and 2020, Goodell made a combined $128 million and is now negotiating for another contract with the owners.

Goodell could punish an owner if he really wanted to and could survive it just fine. So far, he has barely done that. The $5 million penalty and suspension of Washington's Dan Snyder was a good step in the right direction, but not far enough.

With strong action against Ross -- if the accusations are correct -- Goodell could do more than just thump a helpless player.

He could really protect the shield of the league for which he has spent his life working.