And you wonder why the Dallas Cowboys can't seem to focus on winning.

For more than a quarter century, America's Team has been trying to get back to the Super Bowl and win another title under the leadership of owner Jerry Jones. In the process, Jones has wanted to prove that he -- not his former college teammate and later Dallas head coach Jimmy Johnson -- is the real mastermind of the Cowboys greatness.

In the process, Jones and the Cowboys have chased glory in numerous ways, from buying free agents like Terrell Owens to drafting big stars like Ezekiel Elliott to making more pragmatic decisions, such as taking All-Pro guard Zack Martin instead of quarterback Johnny Manziel.

The Cowboys have gone through Super Bowl-winning coaches like Bill Parcells and Mike McCarthy and tried to groom head coaches like Jason Garrett. Nothing seems to work. Again and again, it's one failure after another. 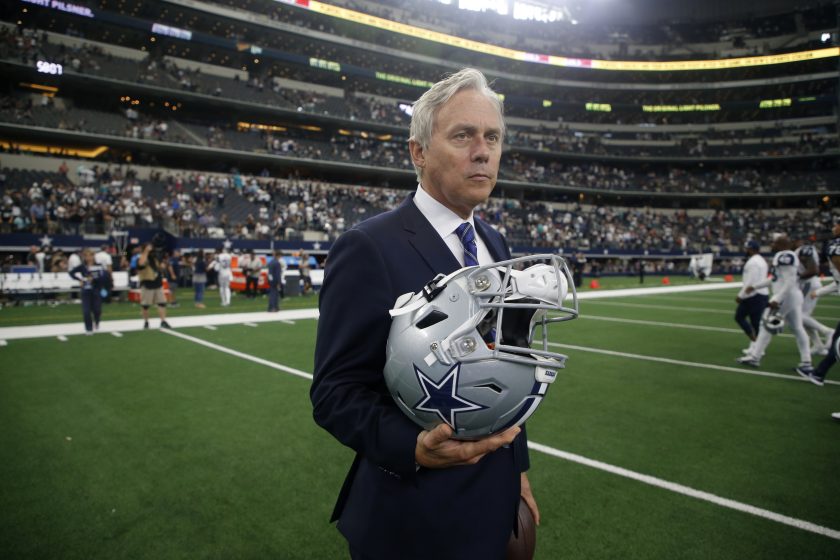 Because underneath it all, the football is just a cover for what Jones and his team have really been chasing. The Cowboys are constantly tripped up because they can't keep their own affairs in order. The latest example being the alleged conduct of former PR man Rich Dalrymple, who quit last month as ESPN reporter Don Van Natta Jr. closed in on a story about his misconduct.

In 2015, the Cowboys paid out $2.4 million in a settlement after Dalrymple, who was in his mid-50s at the time, was accused of pulling a stunt that sounds like something out of a Porky's movie. Dalrymple snuck into the dressing room of the Cowboys cheerleaders and then supposedly stuck a camera phone out from behind a wall to take either pictures or video as the women undressed.

If Dalrymple were a teenager, you could write this off as some bit of youthful stupidity to ogle naked women. It would still be bad, punishable and cause for a settlement, but at the same time somewhat comprehendible. When a senior executive does this, it's creepy and insanely idiotic. It's not about learning to control hormones. It's about whether you have a brain, especially when you're old enough to have a daughter that age.

And if this was an isolated incident for the Cowboys, you could write it off as a moment that got out of control.

But this is the Cowboys, a team that is synonymous with sex scandals. To put it in full perspective, Dalrymple pulled this stunt a year after photos got out showing him fondling the breasts of one woman and another woman kneeling in front of his crotch. Over the decades, there have been plenty of stories about Jones and his love of attention from women.

And that's on top of the infamous "White House" scandal that rocked the team. Back when the team still had its training facility in Valley Ranch, Texas, the players leased a nearby home in which they would take women for sex.

Now, before this column gets written off as some puritanical screed, let's keep perspective. Powerful men wanting to have sex is about as original as "Fast & Furious 9." Plenty of people will point out that New England owner Robert Kraft was recently involved in a sex scandal and the Patriots have defined winning in the NFL over the past two decades.

At the same time, the Patriots don't make it some habit to be in the news like that. Nor do the Pittsburgh Steelers, Green Bay Packers, New York Giants or any of the other teams have that have consistently won over the past quarter century as the Cowboys have frittered away chances.

Why Jerry Jones Should Have Fired Dalrymple 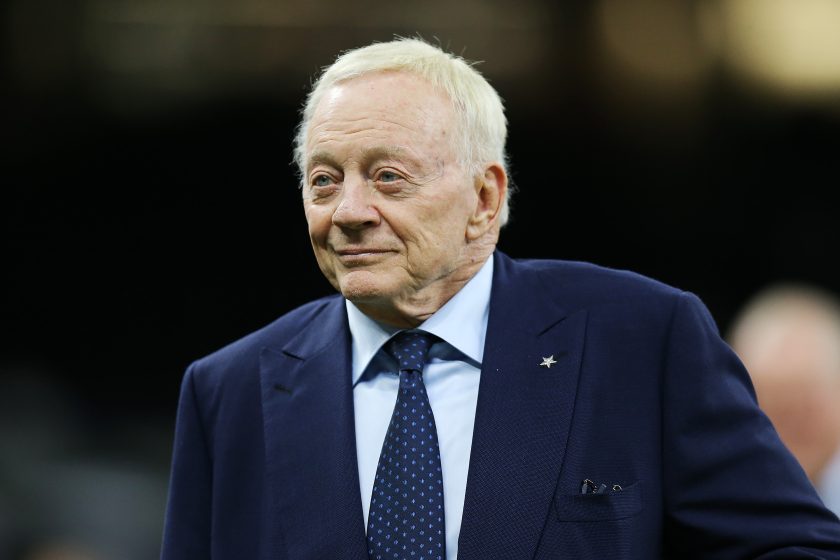 This is a matter of being professional and the Cowboys simply don't cut it.

The Cowboys are that once-great athlete who parties every night of the week and says, "I'll be fine at game time." It's particularly true when the people who are supposed to be in charge are the one's doing the partying.

If Jones cared so much about winning while he's also running the personnel, he would act more professionally and expect the same of his top executives. The Cowboys aren't a professional organization in pursuit of greatness. They are a bad remake of "Mad Men."

Or maybe that's the other way around. The fact is that Dalrymple behavior shouldn't have just resulted in a settlement, he should have been fired. Again, these are not the actions of some low-level underling. This is about the conduct of a high-profile leader of the team who had contact with all of the players.

More specifically, Dalrymple was the guy in charge of protecting the image of Cowboys, not doing something stupid to besmirch it. Yet somehow, Jones thought it was OK to keep Dalrymple in a position of authority.

And this is not to say that Dalrymple is an overtly bad human being. For most of his career, Dalrymple did an exemplary job of handling one of the toughest jobs in sports. He didn't just have to protect the image of the team, he had to handle the biggest horde of reporters that follows any sports team.

The Cowboys are the highest-profile team in American sports and the crown jewel of the NFL. They are some weird combination of blockbuster movie and soap opera. From that perspective, Jones has been incredibly successful. He has taken his $125 million investment in 1989 and turned it into a $5 billion operation.

At the same time, if Jones is serious about winning again and giving Cowboys fans what they crave and what he has said he wants, it's time to start acting like this is not a stupid movie or a TV show.

MORE: Donald Trump Lost Out on $5.7 Billion By Not Buying the Dallas Cowboys