Clint Longley Became “The Mad Bomber” After His Thanksgiving Comeback, But Where is He Now? 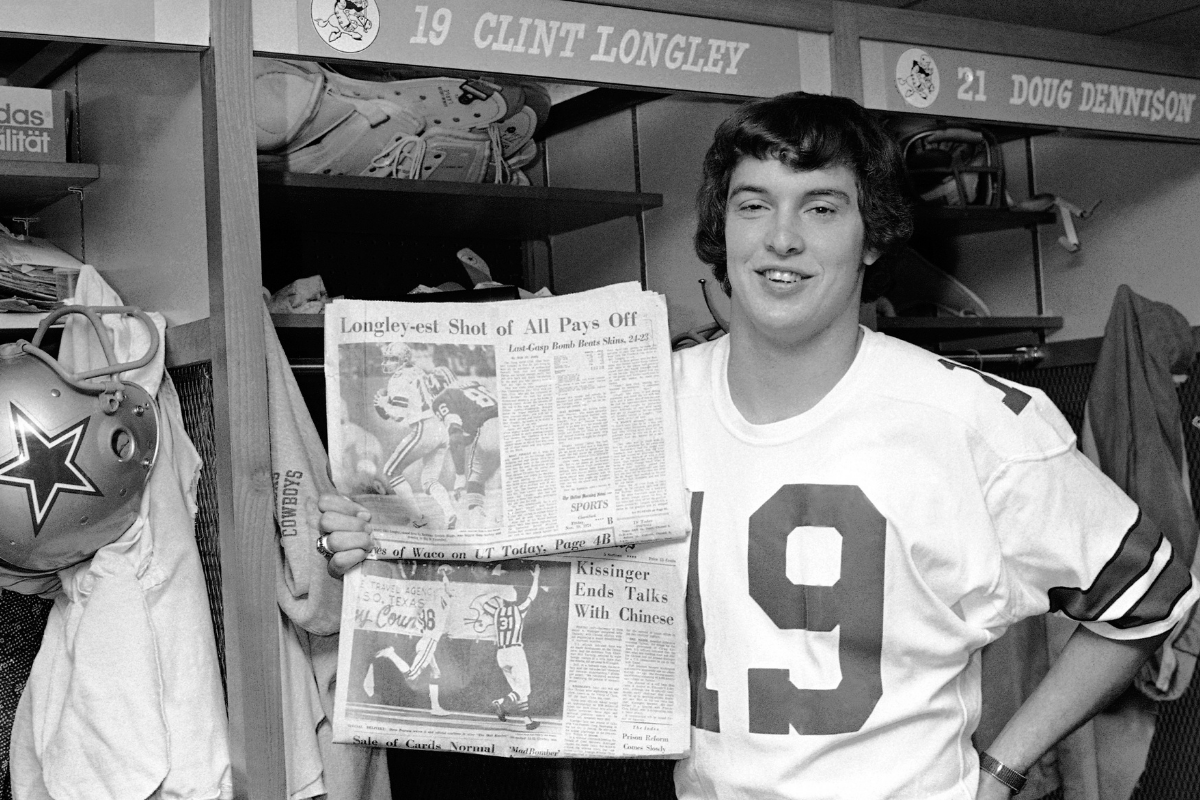 It has been nearly 50 years since the greatest comeback on Thanksgiving day, but all Dallas Cowboys fans should still remember “The Mad Bomber.”

Even though he didn’t have a long or extremely successful NFL career, Clint Longley has one of the best moments and nicknames in the history of the league.

What trip down Thanksgiving memory lane would be complete without Clint Longley? pic.twitter.com/Pg21mcUuhG

On Thanksgiving Day in 1974, the Dallas Cowboys were set to play the Washington Redskins in Texas Stadium. Led by Roger Staubach, the Cowboys fell behind, 16-3, before their star quarterback left the game in the third quarter.

It was Longley — a rookie quarterback from Wichita Falls, Texas, who went to high school in Littleton, Colorado, and played college football at Abilene Christian as a NAIA All-Star — who sparked Dallas to a comeback and cemented his name in NFL history.

It took every second of the game for Longley and Dallas to climb back to take the lead under head coach Tom Landry, with a long touchdown pass to Drew Pearson giving them the win and Longley a lifelong nickname.

It was a play the quarterback who had never played in an NFL game had made up in the huddle. And even though the Redskins were in a prevent defense, Pearson ran past the defensive backs to catch a deep ball tossed by Longley for a 56-yard touchdown, his second of the game.

In his first action in his professional career, Longley completed 11-of-20 pass attempts for 203 yards and two touchdown passes. Earning the win was huge after winning five of their last six games, but it wasn’t enough to make the playoffs. They also finished the regular season with six wins in their final eight games, but lost four of their first five to start the season.

After graduating from Abilene Christian University, Longley entered the 1974 NFL Supplemental Draft and was selected with the first overall pick by the Cincinnati Bengals. Tom Landry then gave up a fifth-round pick to bring in as the backup for Staubach.

What Happened to Clint Longley?

Thanksgiving Day 1974.. Clint Longley Rallies the Cowboys in a Comeback Win Against the Redskins #CowboysNation pic.twitter.com/gYysgXSIVi

RELATED: Troy Aikman Net Worth: How Rich is the Hall-of-Fame QB?

So, what happened the No. 1 overall NFL Draft pick?

The 1974 season was the first time in nearly a decade the Cowboys missed the playoffs, making it 17 of 18 seasons from 1966 to 1983, including five trips to the Super Bowl and two wins. They finished third in the NFC East division standings that season.

NFL Network’s Steve Sabol recalled that the last he heard, Longley was selling carpet out of his van in Marfa, Texas.

Clint Longley sucker punched Roger Staubach in 75 I believe and was never heard from again https://t.co/F87hvePDmE

Even though most would think back on Longley fondly as a member of Dallas, his tenure with the team did not end well. After hitting teammate Roger Staubach with a sucker-punch in the locker room during training camp, the Mad Bomber was traded to the San Diego Chargers in exchange for picks that helped the Cowboys land Tony Dorsett.

His National Football League career didn’t go far from there, playing in a total of nine games in three seasons before a few stops with teams in the Canadian Football League’s Toronto Argonauts and then disappearing out of the spot light forever, just to be remembered for his Thanksgiving Day heroics.

MORE: Quincy Carter Once Had It All. What Happened to Him?