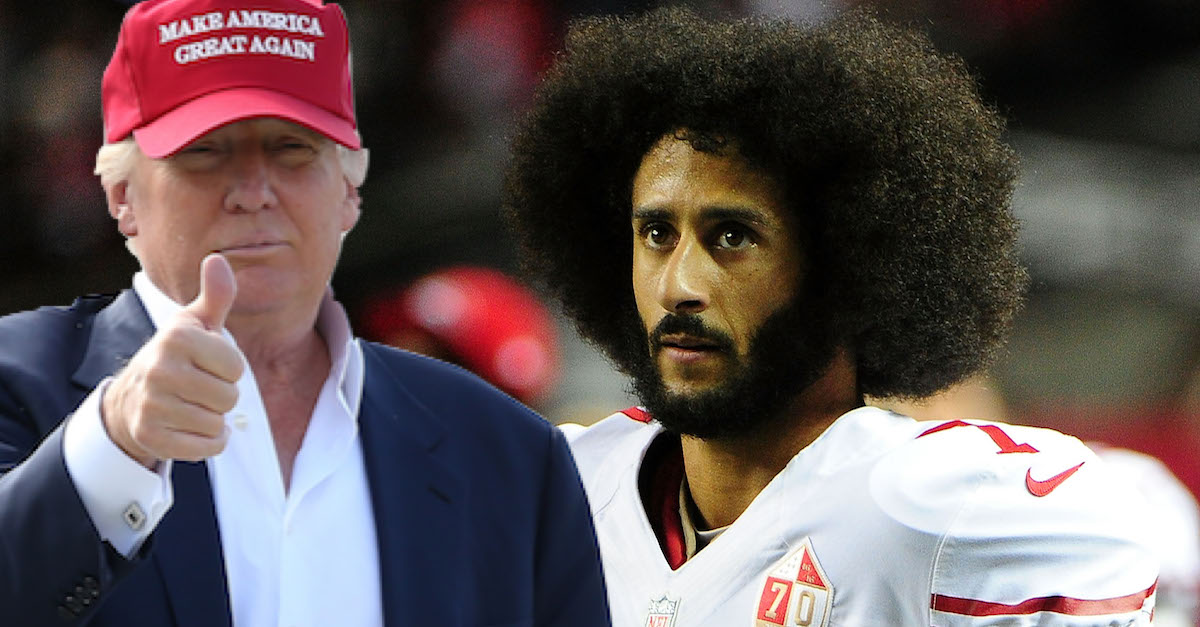 ATLANTA, GA - DECEMBER 18: Colin Kaepernick #7 of the San Francisco 49ers looks on from the sidelines during the second half against the Atlanta Falcons at the Georgia Dome on December 18, 2016 in Atlanta, Georgia. (Photo by Scott Cunningham/Getty Images)

More than a year after Colin Kaepernick first starting kneeling during the national anthem, he is unemployed and looking for NFL work.

After reports spread that Kaepernick would stand for the national anthem if a team gave him a chance, the man himself has responded:

A lie gets halfway around the world before the truth has a chance to get its pants on.

Earlier in the day on Sunday, Vice President Mike Pence walked out on the Indianapolis Colts-San Francisco 49ers game because there was a protest during the national anthem. However, it would seem that it might have been at the request of the President who tweeted this after Pence tweeted out his reasons for leaving.

Here are Pence?s comments on the reason he left the game:

?I left today?s Colts game because President Trump and I will not dignify any event that disrespects our soldiers, our Flag, or our National Anthem. At a time when so many Americans are inspiring our nation with their courage, resolve, and resilience, now, more than ever, we should rally around our Flag and everything that unites us. While everyone is entitled to their own opinions, I don?t think it?s too much to ask NFL players to respect the Flag and our National Anthem. I stand with President Trump, I stand with our soldiers, and I will always stand for our Flag and our National Anthem.?

Pence?s statement comes two weeks after President Donald Trump caused some commotion with the NFL, as Trump stated at an event in Alabama that the NFL owners? response to the protests during the anthem should be to ?get that son of a bitch off the field, you?re fired!?