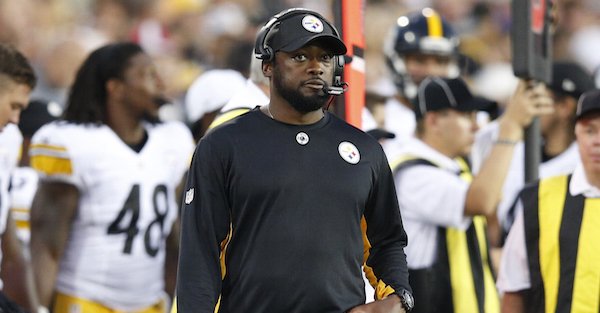 After divisive comments from U.S. President Donald Trump, several NFL players and teams are planning to make shows of unity ahead of Sunday’s Week 3 games. The Ravens and Jaguars started the day in London, where both teams had their own shows of solidarity on the field.

The Pittsburgh Steelers will apparently take that a step further on Sunday, as head coach Mike Tomlin reportedly said that his team won’t even take the field for the national anthem ahead of his team’s game at Chicago.

Mike Tomlin just told me @NFLonCBS #Steelers will NOT be participating in the #NationalAnthem today in CHI. Staying in the locker room.

The Steelers will be far from the only ones making a statement on Sunday, so be prepared for several teams and players to have their own responses to President Trump’s comments.