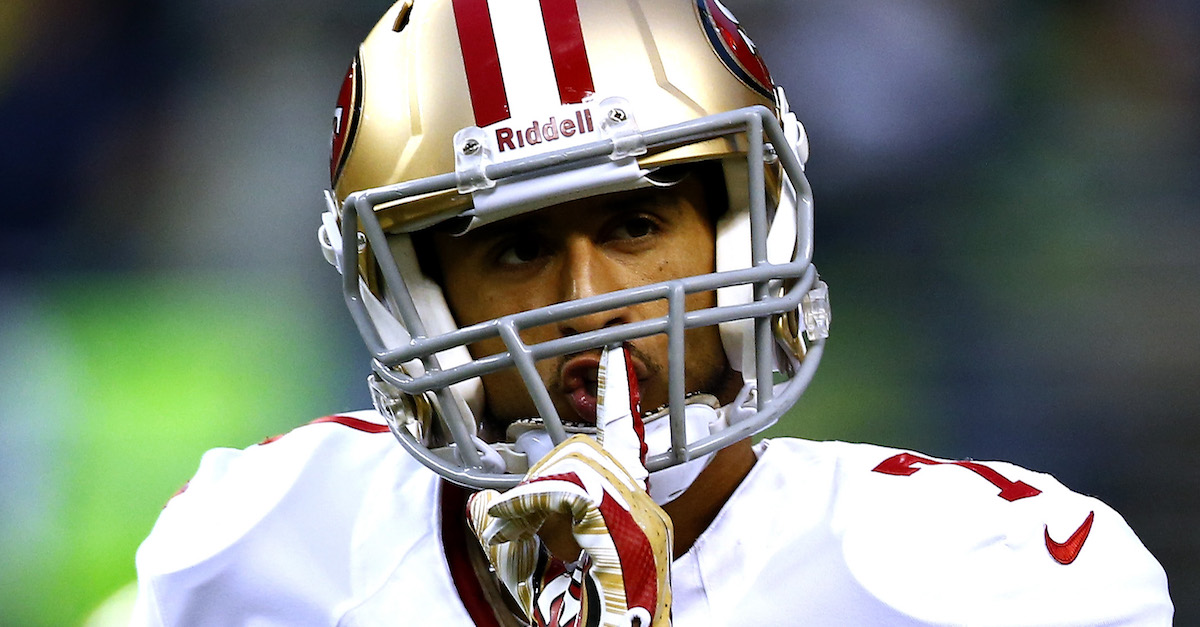 Back in the beginning of August, Ray Lewis was one of a handful of analysts to push back on Colin Kaepernick?s national anthem protests. On Sunday, he joined Kaepernick?s movement just two days removed from President Donald Trump?s explosive ?get that son of a b***h off the field,? comments.

Ravens players, along with Ray Lewis, take a knee during the national anthem in London. pic.twitter.com/TcMnCvj33b

Here were Trump?s comments on Friday:

Here?s what Lewis told Kaepernick back in August:

?What you do off the field, don?t let too many people know,? Lewis said. ?Because they gonna judge you anyway. No matter what you do. No matter if it?s good or bad.

?If you do nothing else young man, get back on the football field and let your play speak for itself.?

Kaepernick?s girlfriend responded with a picture depicting Lewis as a slave and the Ravens owner as a slave owner. That resulted, according to Lewis, in the Ravens deciding not to sign Kaepernick.