Los Angeles Rams wide receiver Cooper Kupp has strung together an impressive start to his NFL career, having played four seasons in LA. The NFL player is a fan-favorite among Rams faithful, who were overjoyed when outlets reported that Kupp had signed a new three-year contract with the Los Angeles franchise in 2020.

Perhaps no one was more delighted, though, than his wife Anna Croskrey, who has been his biggest fan dating back to his college football days. 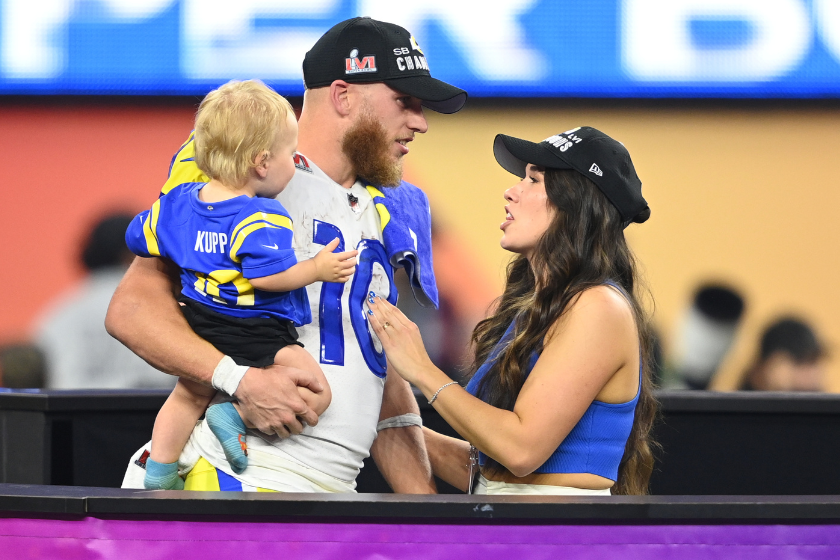 Kupp married the formerly-known Anna Croskrey in June 2015 while they were still in college. He told Sports Illustrated that people often asked him if it was hard to be married in college, and he said he couldn't have succeeded without her.

In fact, Anna supported them financially in college by working full-time so he could focus solely on football and school.

While @CooperKupp was in college, his wife Anna supported them monetarily by working full-time so he could focus on his football goals and course work.

The pair met while in high school and then grew closer while attending Eastern Washington University, where Kupp was a two-time Big Sky Conference Offensive Player of the Year as a wide receiver for the Eagles football team. Croskrey was a track and field athlete at EWU, where she transferred to following a stint at the University of Arkansas.

She graduated from EWU with a degree in public relations, while Kupp took his talents to the NFL. 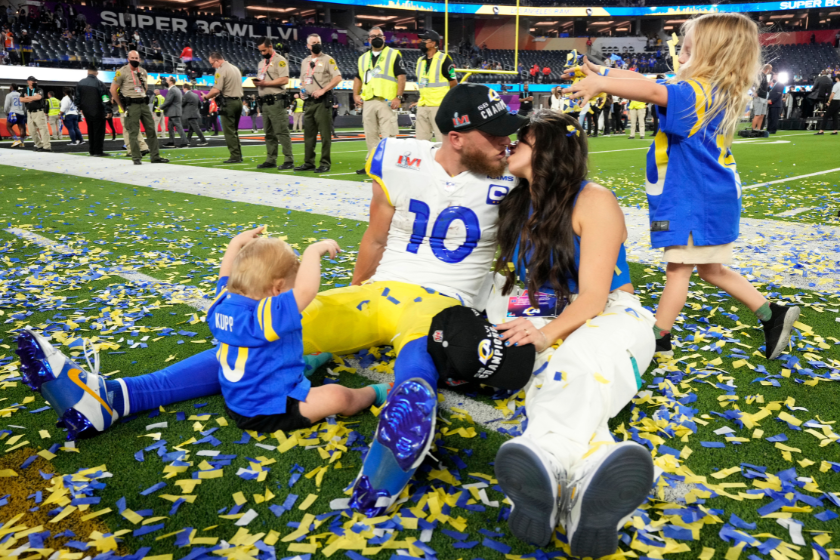 Anna was born in Kennewick, Washington, to parents Nathan and Veronica Croskrey. She attended Richland High School in the area before heading off to Eastern Washington. Kupp, on the other hand, grew up in Yakima. His father, Craig Kupp, was a former NFL quarterback for the New York Giants and Dallas Cowboys. Cooper attended Davis High School before going off to college.

In 2018, the pair welcomed their first child, a son named Cooper Jameson Kupp. They announced the birth of their child via social media, posting pics of the new Kupp family to Instagram. They welcomed a second child named Cypress Stellar Kupp in January 2021. 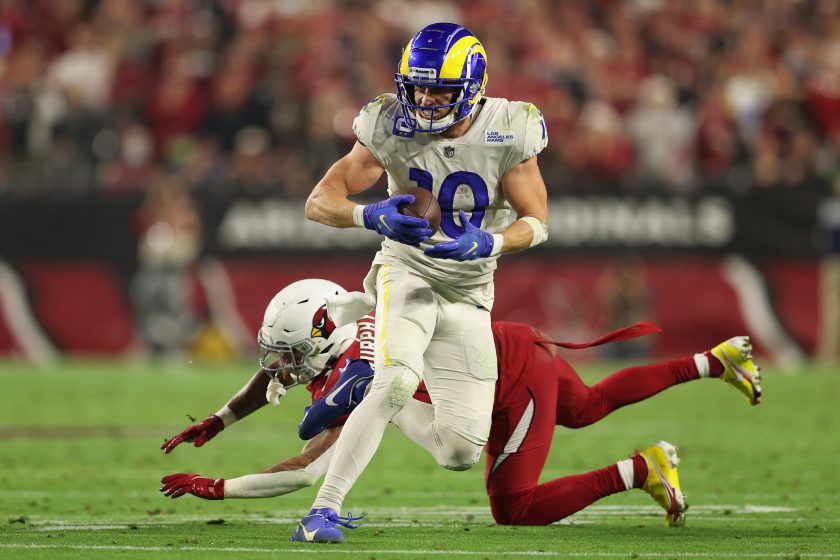 The LA Rams drafted Cooper Kupp in the third round of the 2017 NFL Draft. He signed a four-year rookie contract with the team and quickly got to work, proving he belongs on a National Football League field.

So far in his NFL career, the American football player has logged 433 receptions and scored 40 touchdowns. He missed half the season in 2018 after sustaining a knee injury, which cost him a chance to suit up in the Super Bowl against Tom Brady and the New England Patriots.

The Rams receiver emerged as a superstar in the league in 2021 after the Rams decided to move on from Jared Goff and replace their former first-round pick with veteran quarterback Matthew Stafford. That move propelled the Rams to a Super Bowl LVI victory over the Cincinnati Bengals, with Kupp being named Super Bowl MVP, the only wide receiver to be given that honor in NFL history.

But Kupp's season wasn't defined by a single victory in the NFL playoffs, although his efforts in the NFC championship game against the San Francisco 49ers were top-notch. Cooper Kupp achieved the NFL triple crown, becoming the first player since 2005 to lead the league in receptions, receiving yards and receiving touchdowns over the course of the regular season. Talk about Stafford and Kupp becoming closer than teammates. This is some next-level QB-WR connection right there, especially when you consider that Odell Beckham Jr. was supposed to be the ESPN highlight reel star for the Rams in 2021.

Regardless, Cooper Kupp will always have a group of fans at home. No matter how widespread his fame becomes, the star of SoFi Stadium still gets love back in Washington.

This article was originally published on January 27, 2022, and has been updated since.