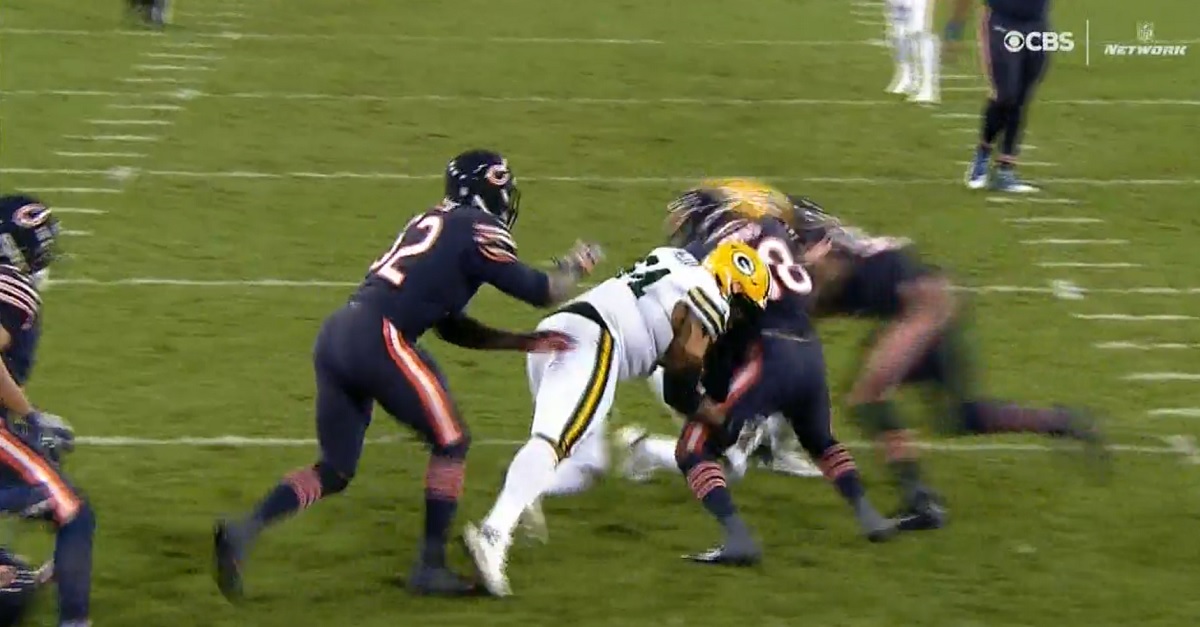 Suspended Chicago Bears linebacker Danny Trevathan reportedly had his suspension for a helmet-to-helmet hit reduced from two games to one by the NFL and NFLPA, according to NFL Network’s Ian Rapoport.

Travathan was initially suspended for two games last week after he landed an absolutely devastating and uncalled for hit to Green Bay Packers receiver Davante Adams midway through the third quarter, but was able to appeal the suspension within three days of the ruling.

Danny Trevathan has been suspended 2 games for a violation of @NFL player safety rules pic.twitter.com/gxFjYYU1EU

?Danny Trevathan of the Chicago Bears has been suspended without pay for two games for a violation of safety-related playing rules in Thursday night?s game against the Green Bay Packers.

“NFL Vice President of Football Operations Jon Runyon issued the suspension for a violation of Rule 12, Section 2, Article 6 (i) which states that ?there shall be no unnecessary roughness. This shall include, but will not be limited to: (i) using any part of a player?s helmet or face net to butt, spear, or ram an opponent violently or unnecessarily.

“Trevathan will be eligible to return to the Bears? active roster on Monday, October 16 following the team?s October 15 game against the Baltimore Ravens.

“Under the Collective Bargaining Agreement, the suspension may be appealed within three business days. Appeals are heard and decided by either Derrick Brooks or James Thrash, the officers jointly appointed and compensated by the NFL and NFLPA to decide appeals of on-field player discipline.?