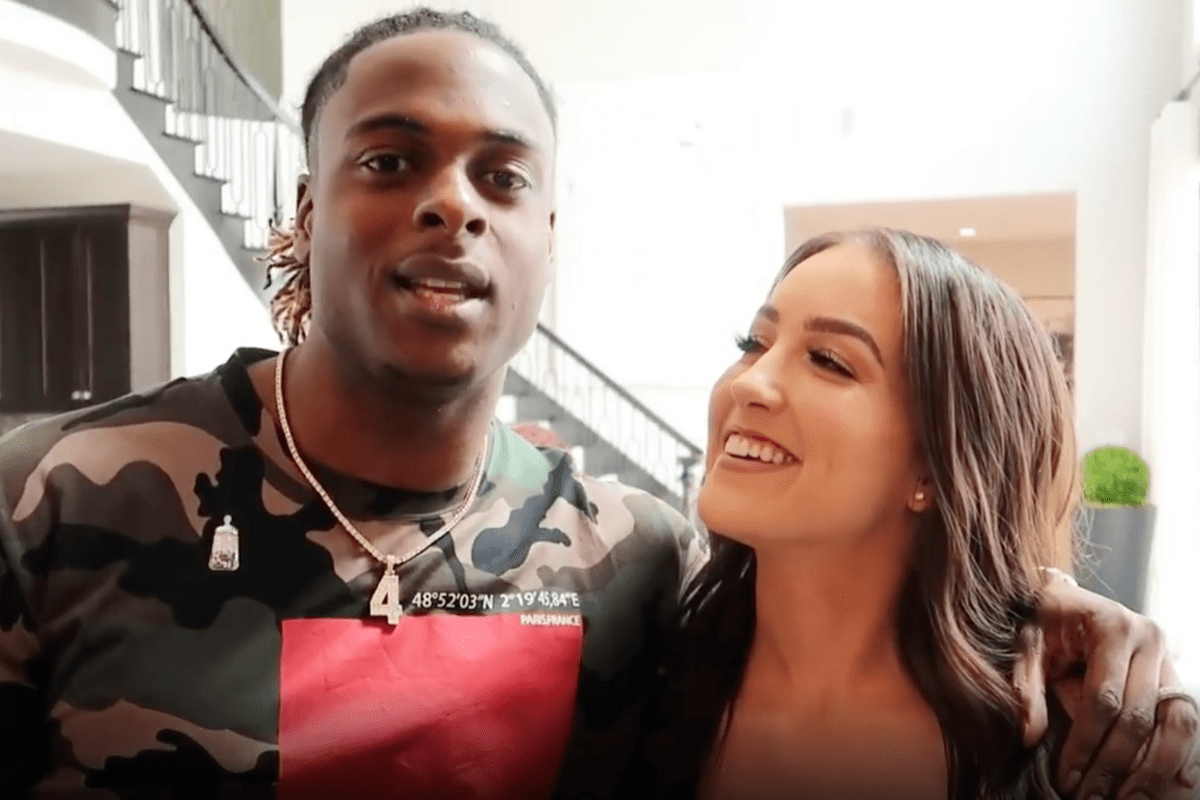 Green Bay Packers wide receiver Davante Adams has been torching opposing secondaries for a living and doing so with ease while playing alongside quarterback Aaron Rodgers.

Adams has played seven seasons in the NFL but didn’t truly post a breakout year until 2017. Adams may have accomplished more off the field that on it. Yes, he mad his first Pro Bowl that year. He also got engaged.

RELATED: Jordy Nelson Retired Early, But Where is He Now?

Davante Lavell Adams has been married to his former longtime girlfriend Devanne Villarreal since 2018, when they tied the knot in a ceremony at Pebble Beach in California. He proposed to her in 2017 while on vacation in the Bahamas.

Davante and Devanne (which, by the way, is an awesome couple of first names) met in college while Adams was a college football wide receiver for the Fresno State Bulldogs. The Adams family had its first child in 2019, welcoming baby girl Daija Leigh Adams to the world. Naturally, the pair posted an adorable photoshoot to social media to show off the newest member of their family.

While Adams was pursuing his career as an American football player, Villarreal opted to finish her degree at Fresno State. After graduating, she reportedly worked as an esthetician. The family currently resides in De Pere, Wisconsin.

After high school, Adams attended California State University, Fresno, where he earned All-American honors as a freshman and was named the MWC Freshman of the Year. He played four years for Fresno State before declaring for the 2014 NFL Draft. The Green Bay Packers selected him in the second round as the 53rd overall pick, and his then-girlfriend Devanne was right by his side.

Adams made his first Pro Bowl in 2017 and hasn’t missed one since. He was a First-Team All-Pro wide receiver in 2020 for the first time in his career, proving himself as one of the National Football League’s best wide receivers.

Throughout his career in Green Bay, Adams has caught 62 receiving touchdowns and racked up more than 6,500 receiving yards. The four-time Pro Bowler earned a four-year contract extension with the Packers in 2018 worth $58 million, including an $18 million signing bonus.

Davante Adams is one of the best receivers in the game, and his biggest fans in Wisconsin are his two girls at home.

MORE: Aaron Rodgers is Set to Marry a Hollywood Actress