DeAndre Hopkins has ranked among the upper echelon of NFL wide receivers since breaking out with the Houston Texans as a rookie back in 2013. The former first round pick emerged as a superstar in Houston before Bill O'Brien surprisingly opted to trade him to the Arizona Cardinals during the 2020 offseason.

While some things have changed for Hopkins amid his move out West, one key tradition remains for the former Clemson star: his touchdown celebration.

When Hopkins finds the end zone, rather than spiking the ball or breaking out into some bizarre but comical dance with teammates, Nuk's eyes travel to one spot.

Hopkins locates his mother in the stands and reaches over to give her the touchdown ball. 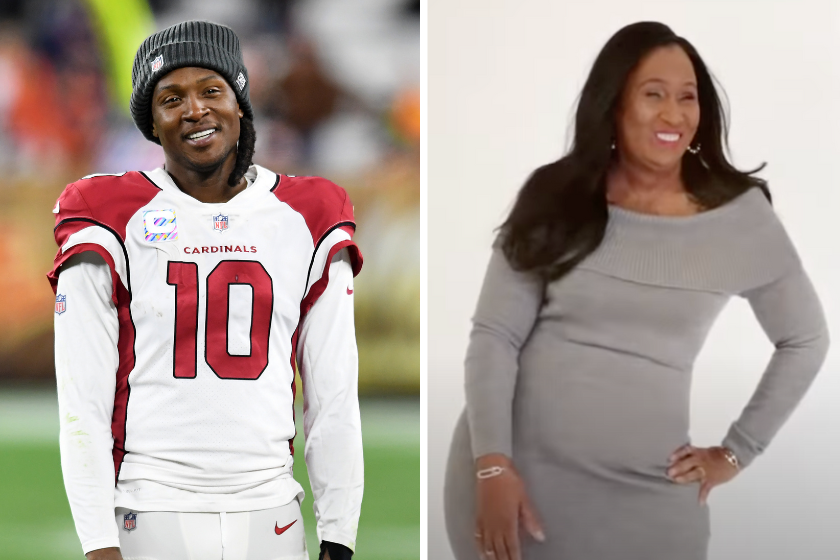 DeAndre Hopkins' mother, Sabrina Greenlee, is a single mother of four children, DeAndre, Marcus, Kesha and Shanterria, all of whom were raised in South Carolina.

Hopkins' father passed away in a car accident when DeAndre was just two years old. Since then, Greenlee had been raising her family,which includes DeAndre's stepbrother Marcus Greenlee, alone and combatting abusive relationships to make ends meet.

She Survived a Violent Acid Attack

In 2002, when DeAndre Hopkins was just 10, Greenlee was the victim of a violent acid attack at a gas station, which left her without the ability to see. The incident occurred over a domestic dispute, and a woman whom Greenlee didn't even know threw the combination of lye and bleach at her face in a bout of jealous rage.

Greenlee was airlifted to a hospital in Georgia, where she was taken care of for several weeks. Fortunately, she recovered, though she was left permanently blind in her right eye, and severely visually impaired out of her left eye.

While opening up about the harrowing incident with ESPN, Greenlee explained exactly how she felt at the moment of attack.

"And as I'm lying there, the first thing I'm thinking is, 'Why would someone pour warm water on my face?' But a couple of seconds later, I realized it wasn't warm water, because my skin is literally falling off my face, my neck, my chest and my back."

Greenlee has made tremendous progress in her recovery and was even featured in ESPN's Cover Story by Mina Kimes. She frequents social media where she has over 16,000 followers on Instagram, often posting pics of her and her family.

According to ESPN, her attacker, Savannah Grant, was sentenced to 20 years in prison for assault and battery to kill. Meanwhile, the boyfriend wasn't charged.

The domestic violence against his mother is the reason Hopkins chooses to wear No. 10.

Thank you @espn for allowing my mom and I to share our story.

I hope this motivates you to push through any challenge in life. pic.twitter.com/T2rliGdzWn

Despite not being able to see the games, she attends every home game while Hopkins' sisters offer her a play-by-play analysis. When the crowd erupts after a Hopkins touchdown, one of her daughters will assist her in leaning over the railing so DeAndre can hand her the ball.

As a result of her traumatic experience, Greenlee has created the non-profit organization called S.M.O.O.O.T.H. (Speaking Mentally, Outwardly Opening Opportunities Toward Healing), which aims to help and protect victims of domestic abuse and uplift and empower survivors of domestic violence. 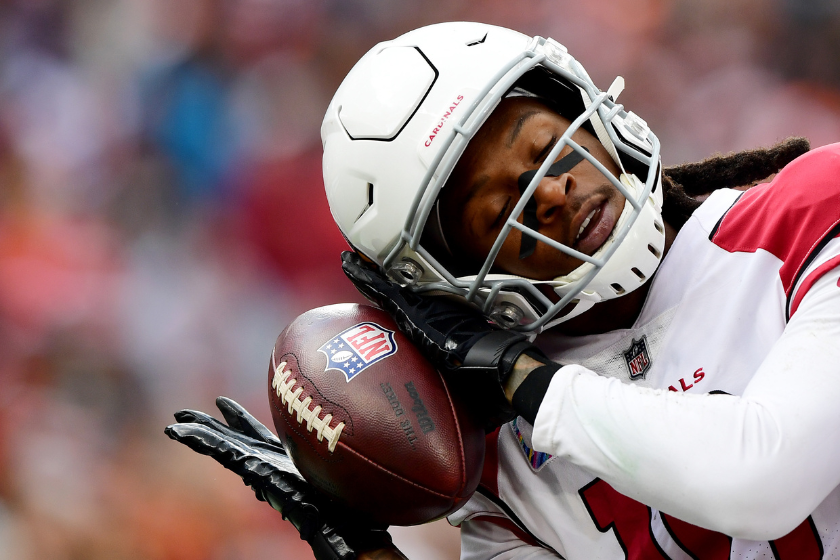 DeAndre Hopkins was a three-sport star at D.W. Daniel High School, standing out especially at football and basketball.

After high school, Hopkins chose to attend Clemson University to play college football under Dabo Swinney. While a member of the Clemson football team, wide receiver DeAndre Hopkins truly started making a name for himself. In his sensational junior season, Hopkins racked up 1,405 receiving yards and 18 touchdowns.

The star wideout then opted to go pro and enter the 2013 NFL Draft, where the Texans snagged him in the late-first round. Across his seven years in Houston, Texas, Hopkins established himself as a top-tier wide receiver, making four trips to the Pro Bowl and earning First-Team All-Pro honors in three separate seasons, all as DeShaun Watson's go-to target.

In May of 2022, the NFL announced that Hopkins would be suspended for the first six games of the upcoming season for violating the league's performance-enhancing drug policy.

The NFL star scored 54 touchdowns for the Texans, and each one he caught at NRG Stadium was handed to his mother.

So next time you see Hopkins reach into the stands to give a football to a die-hard fan, you'll be able to identify that woman as his mother, and begin to realize the unbreakable bond the two share.