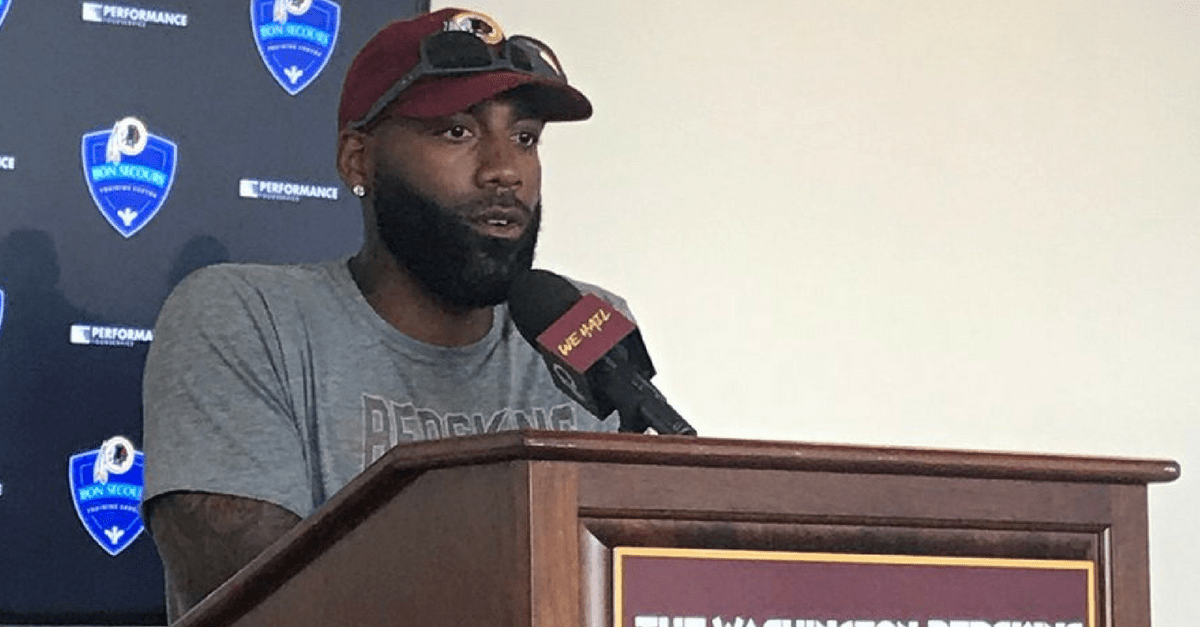 When DeAngelo Hall felt like he couldn?t make plays, or be the same dynamic cornerback that kept quarterbacks up at night, it was time to hang up his cleats. Well, that point became official on Wednesday afternoon.

After 14 seasons in the National Football League with the Atlanta Falcons, Oakland Raiders, and Washington Redskins, Hall retired from the game during a press conference after Washington?s training camp practice.

Father Time might have caught up with the 34-year-old defensive back and three-time NFL Pro Bowl selection, but his smack talk is still in legendary form.

?If I?d played against Jay Cutler more, I?d be in the Hall of Fame,? Hall said.

Hall is a true savage for that one.

In case you need a reminder, Hall picked off the former Chicago Bears quarterback four times in one game, which is still tied for an NFL record.

The No. 8 overall pick in the 2004 NFL Draft out of Virginia Tech, the 5-foot-10 Hall with blazing speed had a long and prosperous career, registering 811 tackles and 43 career interceptions, forcing 11 fumbles and scoring 10 defensive touchdowns.

?I?ve always said when I retire it?s going to be because I felt like I?ve taught the guys behind me enough to succeed and ultimately take my spot,? Hall explained.

If that is the case, Hall, who has had an amazing career yet still a little controversial, has the next generation in a position to give opponents fits. And it?s probably pretty safe to say he taught them a little trash talk along the way, too.

A great career with a classic, fitting and hilarious ending.