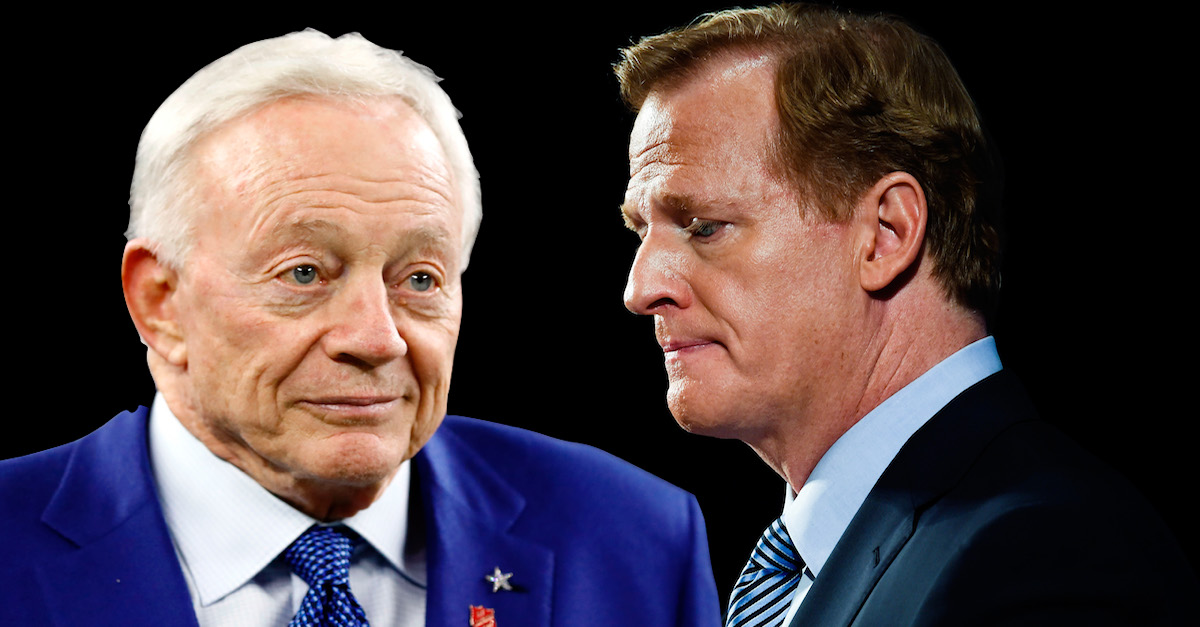 After his battle over running back Ezekiel Elliott’s suspension and NFL commissioner Roger Goodell’s contract extension, Dallas Cowboys owner Jerry Jones could be hit with a multi-million dollar fine by the league.

ESPN’s NFL crew broke down the debacle surrounding Goodell, not only with Jerry Jones, but also with New England Patriots owner Robert Kraft during the DeflateGate ordeal.

On Tuesday, former NFL standout and likely retiree DeAngelo Williams took Goodell to task, calling him a puppet to the owners.

Williams is a one-time Pro Bowler, rushing for over 8,00 yards and 61 touchdowns over 11 seasons.