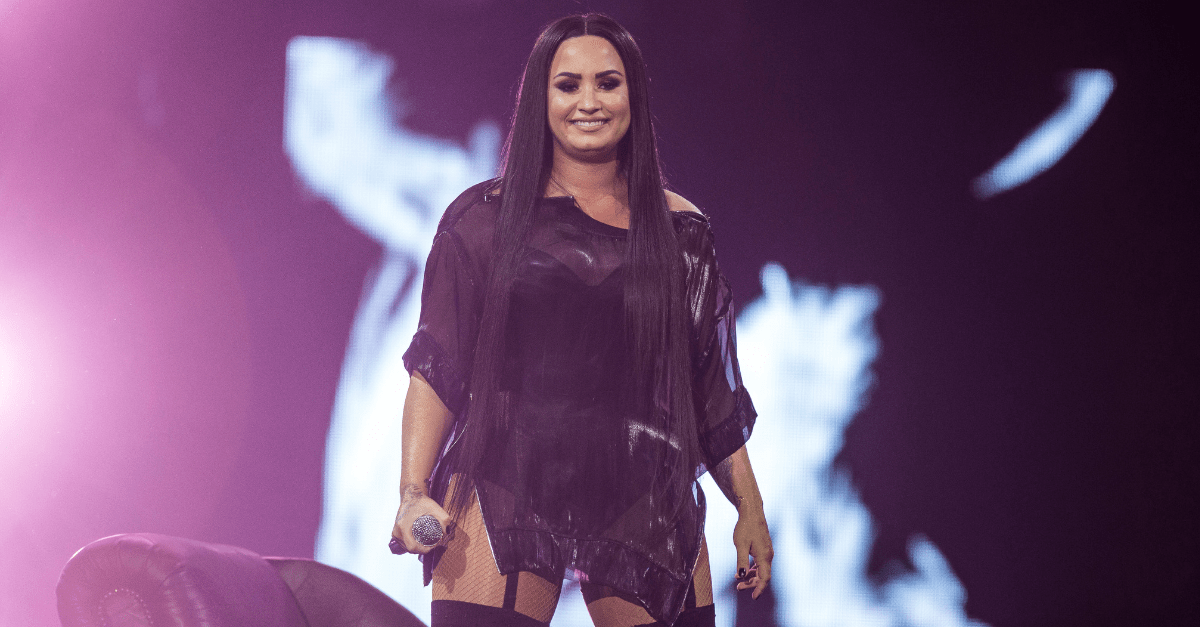 If you have ever listened to Demi Lovato’s music, which is a mix of pop, pop rock, and R&B, you understand there is nothing violent in nature. Not even a little bit, actually. What the 26-year-old singer is like off the stage and out of the studio, however, is a completely different story.

When Lovato isn’t making hit music, which has captured her multiple Teen Choice Awards and People’s Choice Awards in her career, she can be seen at a West Hollywood gym called Unbreakable Performance getting her MMA on. Needless to say, her latest training session proves that she packs a mean punch.

The owner of the gym is none other than NFL insider Jay Glazer, who can be seen on FOX’s Sunday pregame shows and various other shows on the network. He trains NFL players in mixed martial arts to help them stay in shape during the offseason, and he apparently has other celebrity clientele like Lovato.

Well, as trainer Jay Glazer and singer Demi Lovato were sparring the other day, Lovato punched Glazer so hard it knocked out one of Glazer’s teeth. His front tooth, to be exact.

@ddlovato sooooo sorry not sorry she knocked my tooth out today sparring WITH MY MOUTHPIECE IN!! Andddd yes then not-so-casually gloats about it. Ahhh the crazy shit that goes on inside our doors at @unbreakableperformance. Oh, and for those who are so concerned about the condition of my beautiful smile have no fear… I #crazyglued my tooth back in! Hey crazy glue call me, perfect campaign. Hahahahaha. See ya tomorrow D 🥊🤼‍♂️ #unbreakable besides my teeth. #unbreakablefamily #fightlife #mma #gym

This was all an accident, of course, but it sure is funny. He even had to ring the bell for that one.

“[Demi Lovato] sooooo sorry she knocked my tooth out today sparring WITH MY MOUTHPIECE IN!! Andddd yes then not-so-casually gloats about it. Ahhh the crazy sh— that goes on inside our doors at [Unbreakable Performance].

“Oh, and for those who are so concerned about the condition of my beautiful smith have no fear… I #crazyglued my tooth back in! Hey crazy glue call me, perfect campaign. Hahahahaha. See ya tomorrow D.”

Of all of the professional athletes and celebrities Glazer trains, chances are Lovato was one of the last ones he’d expect to lose a tooth against during MMA training. The look on Lovato’s face is pretty priceless, too.

No matter what happens during training sessions from now on, it will be hard for either the American sportswriter or pop star to forget this moment and there’s no doubt somebody is going to have some fun with it on an NFL program this fall.

WATCH: Parents Start Fighting Because Youth Wrestling Must Be Too Boring