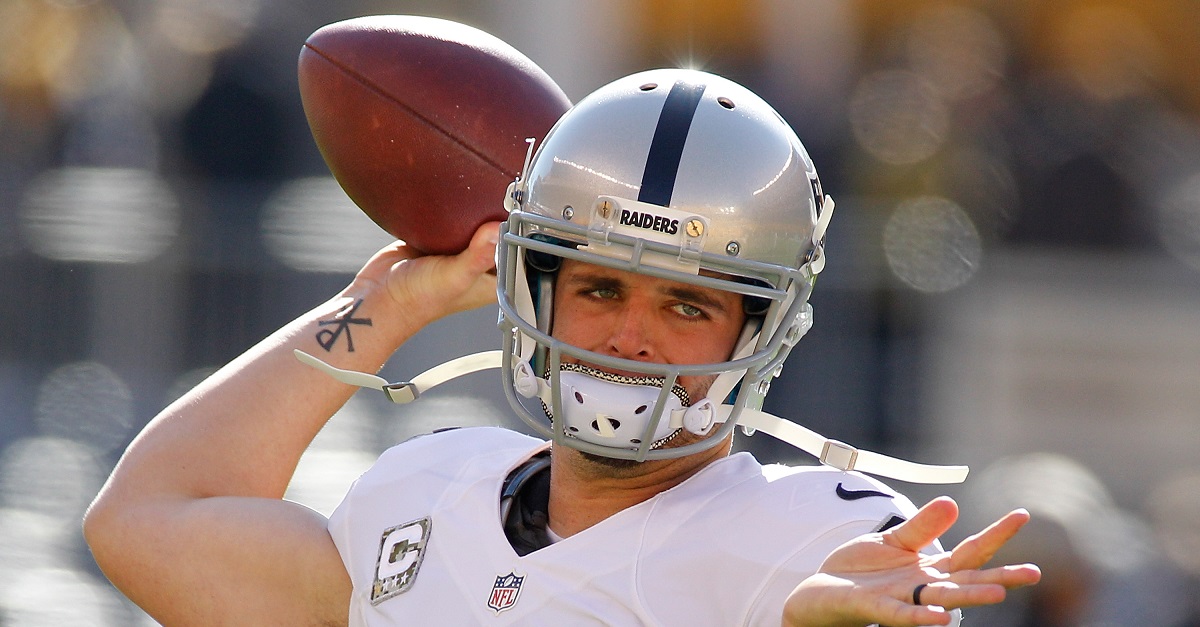 Oakland Raiders quarterback Derek Carr became one of the highest paid QBs this past summer and that was after he suffered a gruesome injury heading into the playoffs. Now he’s going to miss significant time again, as confirmed by coach Jack Del Rio, after he went down against the Denver Broncos with what appeared to be a back injury.

Del Rio says Carr has a fracture, out 2-6 weeks

The Raiders ended up losing to the Broncos 16-10 and now sit at 2-2 with one of the best QBs in the league sidelined for a huge stretch of games. Over their next six games the Raiders play the Ravens, Chargers, Chiefs, Jets, Bills and Dolphins.